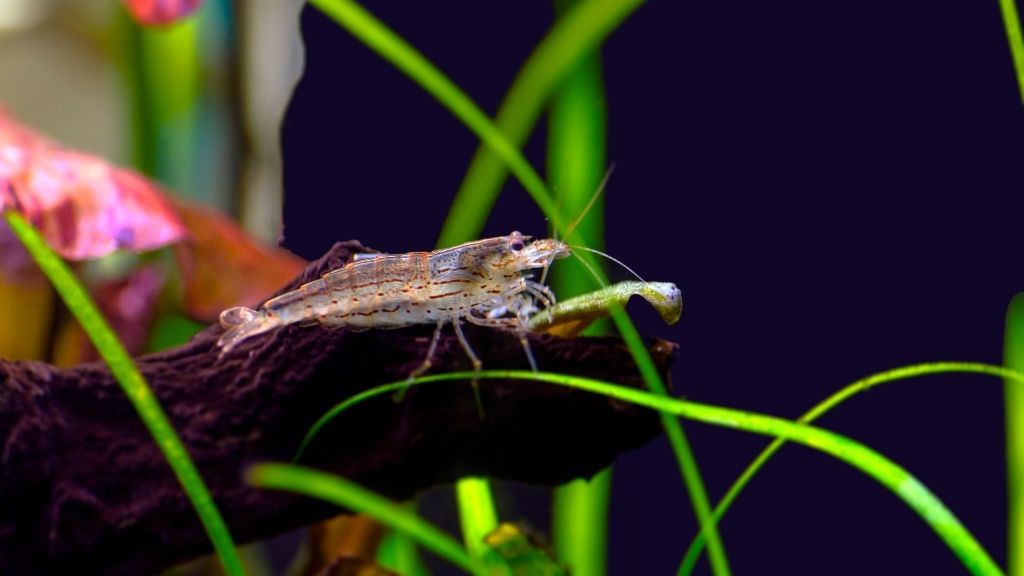 Whether it’s a fish or snail, every aquatic life needs acclimation before transferring from certain water to another. You can never be too sure how they will react to the new environment. The most vulnerable aquatic life that needs this acclimation process is the shrimps. And today, we will talk about how to acclimate Amano shrimp to your tank.

There is a lot to know before you start the procedure to acclimate Amano shrimp. Here you will get a detailed description of how you can buy Amano shrimp from the store and make them live in your fish tank. Though Amano is a freshwater shrimp, it needs marine water to take its heir line further. But if you follow these steps closely, you can even acclimate the egg bearer Amano shrimp too.

How To Acclimate Amano Shrimps?

Even the tiniest change in water parameters can be a threat to Amano shrimp’s survival. But once they are acclimated to your fish tank, they will be there for a long time and will help you get a safe and clean water environment.

The first thing you need to understand is, no matter how much accurate you stay to this process, there will always be the chance of mortality. You can perform the procedure at its best, but a small percentage of mortality can still happen. And that is totally normal! No need to panic about that.

Before explaining the process, let me share with you that I have researched many ways, and trust me, this is the best way to perform the acclimation process, and it has the lowest mortality rate in shrimps. This process might be slightly different from the regular one, but I believe this is the better one! This method is both simple and effective. The Amano shrimps adjust to the new water perfectly in this way.

So, without any further ado, let’s jump straight to the process.

Things You Are Going To Need To Perform The Acclimation

After you get all the stuff mentioned earlier, it’s time to open the Amano shrimp container you might have ordered from any aquarium shop or online platform. One thing to keep in mind is that if you are making a spot purchase, always try to inspect the health and living condition of the shrimps you are buying.

If it’s an online purchase, try to mention you would like to buy young shrimps aged between six months to one year. The mortality rate will be dramatically high in the too young and too old shrimps.

After you get the shipping box or the packet you have brought from the store, don’t suddenly unwrap it in the bright light. If the shrimp has been in the shipping box for some time, it has adjusted with the dark atmosphere.

The Amano shrimps can be severely susceptible if not handled correctly. And bright light can cause severe trauma and stress for them.

After opening the bag, run a visual inspection on how the Amano shrimps are doing. At this stage, keep a close eye on things like-

If there is any dead shrimp and you have ordered the package online, you must take photos or make a short video of that dead shrimp before you open up the bag. In this way, you can let the seller know that there were already dead before you touched them.

Dead shrimp will raise the ammonia proportion in the water. After taking photos, take out the dead shrimp immediately and proceed to the next step carefully.

If there is any sign of existing parasites in the package, don’t pour the shrimps into your fish tank with your other fish immediately. Perform quarantine for them first. Take care of them and observe if they are healthy. After that, you may proceed with the other steps.

This is considered the most complicated and crucial part of Amano shrimp acclimation. There are different types of ways you can get this part done. People only talk about the water temperature when it comes to acclimating the shrimp, but you need to keep in mind the room temperature.

If your shrimp has come into a non-breathable plastic bag, then you can put it in your room temperature for a while, and then you can float it on your Aquarium. And after 20-25 minutes, when the water in the bag reaches the Aquarium’s water temperature level, you can open the bag and let the fish swim away by themselves.

It’s not the proper way to acclimate the fish as you don’t know what kind of parasites and polluted water that poly may carry! If you pour them directly, the other healthy fishes may suffer!

If you follow these steps carefully, your Amano shrimp’s mortality rate will get minimal.