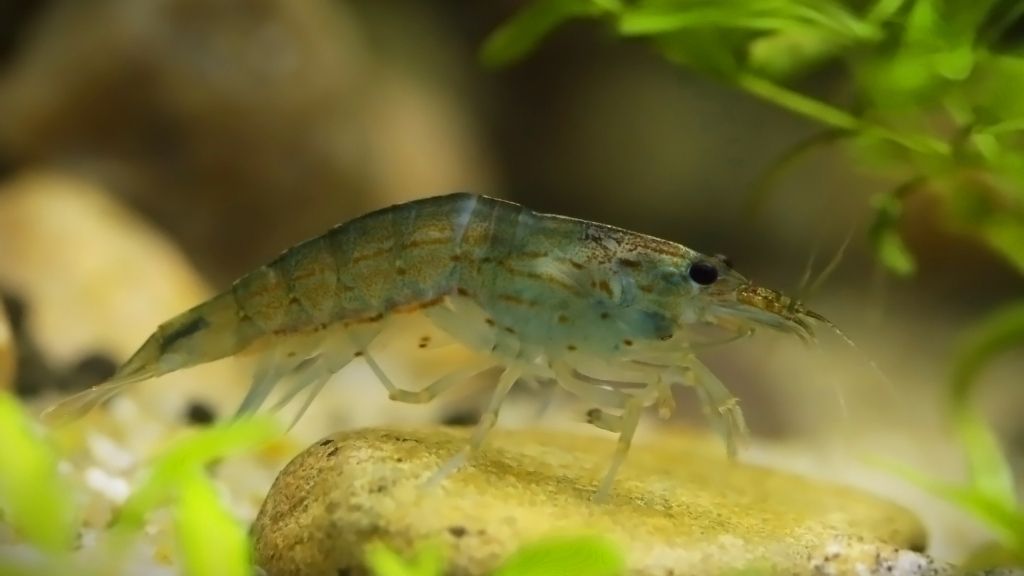 Getting amano shrimp to mate in captivity is easier said than done. I went through some online research and found an effective way to breed amano shrimps.

You need to add the right amount of saltwater after noticing the shrimp’s attitude and when amano shrimp is giving birth. Turn out, amano shrimp larvae need saltwater to grow to metamorphosis and into freshwater shrimp. Try hitting a bull’s eye on the pH, GH, KH, salt concentration, and diet if you want successful breeding.

There are other factors like water changing time, nitrate reduction, and so on. Read more below to know what you need to start the Amano shrimp breeding process.

How Do You Breed Amano Shrimp?

Amano shrimps are a popular choice for aquarium enthusiasts. However, breeding them in captivity is no joke. For starters, they undergo metamorphosis from a saltwater shrimp to a freshwater one. You can’t just keep the larva in salty water and hope for them to mature.

Females usually lay about 1000 eggs. Afterward, they release pheromones into the water to attract the males.

However, this condition happens mostly in the wild. So, how do amano shrimp breed in captivity?

The only way for them to mate in your aquarium is to mimic the natural conditions. Then again, the success rate drops if you don’t keep all the water parameters in check. This is why sellers of amano shrimp hardly go through the breeding process. But hey, who’s stopping you, right? Let’s see everything you need to breed amano shrimps below.

1. Put An Equal Number Of Male And Female

Start by taking 10 adult male amano shrimps and placing them with 10 female amano shrimps. After the females are mature, they will secrete a strong mating pheromone. The males will try to fight over the females in heat. Some male shrimps can fertilize more than one female, but getting equal numbers will greatly help.

When the shrimps lay down, their body lay falls to the bottom or at a support point. If you notice the shrimp has a flat underbelly, the one is a female. On the other hand, male amano shrimps have it curved. You don’t notice this trait in a shrimp, which is swimming or on the move.

The underbelly and the abdomen are two different things. Try not to confuse one with the other. In the case of the male shrimp, the abdomen is straighter. The female has a slight curve to their abdomen. The curved shape is noticeable even when they swim around.

One of the best ways to determine a male or a female is with the color. The females carry eggs, which makes their egg sacks look darker. The color changes when the eggs start to mature. Males are always transparent with a red line in the middle.

In the amano shrimp species, the male is slightly smaller and has shorter pleopods on its abdomen. The female is kinda on the bigger side here.

Note: Don’t just take the size for granted. Review all the traits before you jump to a conclusion.

Keeping the temperature of the aquarium less than 75-degrees F is key to good mating. A high temperature will put stress on the shrimps, and they won’t mate properly. Then again, the metabolism and activity of the shrimps will increase. They will eat more, and the food supply won’t be sufficient during the mating season.

Water parameters are another important thing you need to fix. The pH should be between 7-7.4. In general conditions, you can keep the pH from 6.5 – 8.0, but not during the mating. It should be strict.GH and KH should be 7-8 and 2-4, respectively. Any shift in this water ratio will decrease larvae production.

During mating season, shrimps tend to eat more and thus excrete more. However, more ammonia in the water will make it difficult and build toxic internal tissues. Almost all the shrimps you will get in pet shops are from the wild. They don’t usually do good with ammonia. Make this level zero and keep the shrimps fit as a fiddle.

Similar to ammonia, nitrate can cause stress to the shrimps and kill them slowly. In fresh waters, the shrimps don’t face such problems. If you want a lot of amano shrimp larvae, keep the nitrate level almost zero or below 20ppm.

Amano shrimps need their water changing twice a week. Every time you replace the water, make sure to keep the parameters similar to the table below. Try not to create an imbalance in the water parameters. Finally, add the water slowly, and wait for the shrimps to adjust.

Making amano shrimps get it on can be tough, especially in a captive condition. However, once a female releases pheromone, males rush in to fertilize her eggs. So, you will need an equal male to female ratio.

Amano shrimps undergo metamorphose. In the larvae stage, they feed on algae and plankton from the brackish seawater. Afterward, the larvae or Zoa changes into freshwater shrimp. The whole process takes about 7-weeks, and they have to migrate from saltwater to the freshwater rivers.

Now, mimicking the natural phenomenon is hard work. However, it is still possible. All you need is to follow the steps below and hope for success. A single mismatch can ruin the hatching process completely.

Any sort of stress to female shrimps can lead to low egg production. Turns out, until the female releases her eggs, they need to have the right water condition. You can’t just put an amano shrimp pregnant female in saltwater and wait for it to lay eggs. Follow the pre-breeding conditions properly and go to the next step.

After you notice a change in the shrimp’s behaviors, you can increase the temperature to improve their metabolism. You can start by increasing 1-degree Celsius per day. The key is, keep it slow and don’t stress the shrimps too much. Additionally, you need to increase the food supply.

3. Check For Eggs And Maturity

Females have a visible green egg sack, which turns yellowish-brown when they are about to hatch. After you see the change, wait for a couple of weeks until they hatch. You need to wait about 7-weeks until the eggs mature. Try keeping the temperature and water parameters constant, or else the female may stress out.

Now, prepare another aquarium with the same water quality and parameters. Place the female shrimp and serve them plenty of algae. Make the aquarium such that when the amano shrimp eggs hatching finishes, you can take them out easily. Don’t complicate stuff.

To know the salinity of the water, use a hydrometer of your choice.

6. Feed The Larvae With A Mix Of Brewers Yeast And Algae

The larvae need food. A grown-up shrimp would clean off any leftovers, but a Zoa can’t do that. You can mix some algae and brewers’ yeast to feed them. You need to feed them 8-9 times per day.

7. Clean Up The Water

The water in the aquarium will get dirty every time you feed the shrimplets. You can try filtering the water or just taking away some water and filling it up with a fresh batch. Make sure the waters parameters are unchanged, and a salinity doesn’t drop.

8. Parameters Of Water For Amano Shrimp Larvae Are

Note: You should go for the parameters of the aquarium you started with. The shrimp larvae will feel more comfortable in that condition.

As the shrimp matures, you will notice them getting bigger. After a month, decrease the salinity of water by one ppt every day. Once you reached the 5-ppt level, check whether the shrimps are still growing or not. Within this state, a high salinity level can kill them off.

Amano shrimp eggs mostly have a greenish color at the initial stage. As the eggs get matured, the color may transit from greenish to yellowish or light brown.

The size of the Amano shrimp aquarium needs to be at least 1 gallon for 1 Amano shrimp. If you overstock the shrimps, they will fight over the food and eventually stress out.

Q. How Many Amano Shrimp Per Gallon?

Per Gallon, you can place 1 Amano shrimp. Placing too many shrimps in a small place will make them aggressive, stressed out, and unhappy.

Amano shrimps can lay eggs in freshwater. However, you need to place the larvae into brackish water within 12 hours. Turns out, the amano shrimp breeding freshwater is just a myth. You need to shift them with brackish water and similar water parameters like pH, GH, KH, etc.

Q. What will happen to Amano shrimp eggs in freshwater?

In freshwater, nothing really happens to the amano shrimp eggs. However, once the baby amano shrimp are born, you need to shift them to brackish water. They will die if you don’t move them within 12 hours.

Q. Do shrimp eggs hatch all at once?

Shrimp eggs don’t hatch all at once. Some may take longer to hatch, but within a day, all of them will hatch. The reason is, all of them were fertilized at the same time.

Female amano shrimps carry their eggs for up to 7 weeks. In this time, the shrimps will take care of the eggs and supply them with oxygen. The female usually releases the eggs in brackish water after 6-weeks of caring.

Hope all your questions on amano shrimp breeding are cleared out. Though you have to go through a hassle initially, the results are worth it. You can even sell the shrimps for some handsome bucks.

Amano shrimps are great bottom feeders, which reduces the number of algae in any aquarium. When it comes to breeding them, the efforts are too great. This is why sellers don’t breed them commercially.

However, you can give it a shot, and you will have an aquarium full of amano shrimps. Fingers crossed.