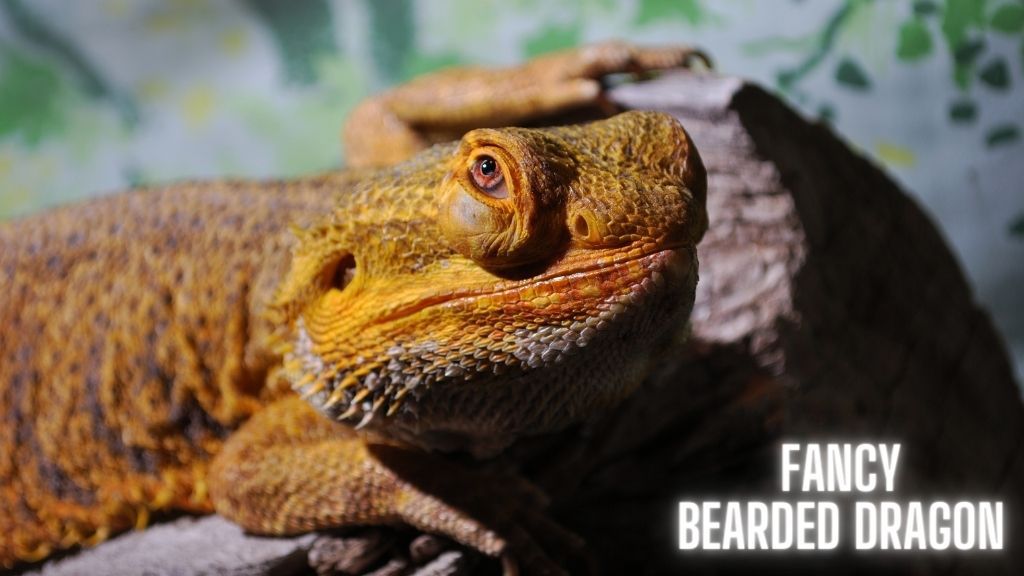 You might say I’ll just choose the one that seems most colorful or shows most personality. Well that is okay, but the behavior and requirement of the beardie can vary from morph to morph quite a bit. So, you need to know which morph you are getting and how to take care for that specific morph.

In this article, I’ll go through the whole bearded dragon selection guide, teach you some things about each of the popular morphs and hopefully, you’ll become a more knowledgeable bearded dragon owner!

What Is The Most Popular Bearded Dragon Morph?

Before writing this article, I seriously wanted to know which bearded dragon morph is getting quite popular among the owners. I know all the morphs are spectacular and special in their own ways. But on the popularity scale, some morphs are just on a whole other level than the others.

To measure the popularity, I did an easy study. I went to a very popular bearded dragon Facebook group, and posted a poll to see which bearded dragon morph gets the most vote. A vote meant one owner is keeping that morph.

From the pic, we can conclude the following:

So, we can fairly say Leatherback Bearded Dragons seem to be the most popular among the owners.

What Is A Fancy Bearded Dragon?

In pet stores, you might come across these “fancy” bearded dragons. Don’t get fooled into thinking it’s a new morph. Trust me, I made that mistake. Just think of it as not any common or wild-bred bearded dragon.

Leatherback bearded dragons are a great choice for beginners. They are mostly available on the online as well as offline stores.

If you are a beginner, I’ll suggest you to start with a very basic, healthy leatherback dragon. First you need to get experienced with keeping bearded dragons. After you’ve gained some experience, you can think about keeping prized beardies.

Here are some places where you can find Leatherback Bearded Dragons:

I would recommend not starting with a baby bearded dragon as babies demand more maintenance and care. If you are an absolute beginner, start with an adult or juvenile bearded dragon.

Hypo bearded dragons are a bit more rare than the other two we talked about. They are not as colorful as a citrus bearded dragon. If you are just starting out with bearded dragons, I won’t recommend starting with a hypo morph. They can be quite expensive as they are rare.

However, if you are an intermediate or advanced keeper and know what you are doing, you’re more than welcome to bond with this amazing morph.

Witblit dragons are very rare and it’s a challenge to find them. In most of the cases, you’ll have to get them from a breeder rather than from a pet store. Being very rare, Witblit bearded dragons are not a very good choice for beginners. As they have very muted pale color, most beginners tend not to choose them as their first bearded dragon as well.

Like the Witblit Bearded Dragons, the Zero morph is also quite rare and not a popular choice for beginners. I have seen intermediate or advanced keepers cherish the Zero morph quite a lot than the beginners. Normally Zero bearded dragons have a pale whitish/silverish color which make them unique and quite attractive.

The Red Bearded Dragons are quite as popular as the Citrus/Yellow bearded dragons. The vivid red color makes them a popular choice among beginners. Also as this morph is commonly available, you can get it at quite a cheaper price than the rare morphs.

If you want to start your bearded dragon keeping journey with the Red morph, I’ll recommend to start with an adult or juvenile one.

Pure translucent bearded dragons are very rare. They have a very unique trait which is the see-through skin. This unique trait makes the Translucent morph quite a cherished one in the market. This also results in a steeper price for this morph.

The Dunner Bearded Dragons are named after their breeder who first bred this morph. This morph is quite similar to a classic bearded dragon appearance. However, an experienced eye will mark out some differences like: no obvious pattern or markings on the body, disorganized scales, blotchy spots, etc.

Like the Translucent morph, Silkback Bearded Dragons are also very unique and cherished for their completely spike-less body. Silkback bearded dragons have a very smooth skin that shows a bright vivid color. Some owners also refer to them as Silkies because of how soft their skin is.

What Is The Best Type of Bearded Dragon to Get?

I am recommending these specific morphs because they are widely available in the stores as well as online, easy to take care of, and can adapt themselves well to the captive environment. The rare morphs are pretty hard to get by and extremely sensitive to the environment. As a result, they can die easily.

Is It Better to Have 1 or 2 Bearded Dragons?

What Size Bearded Dragon Should I Buy?

The Juvenile bearded dragons might cost a bit extra than the babies. However, the extra price is completely worth it because the bearded dragon has passed the most critical stage of its life and has a higher probability of living to its fullest.

What Is The Best Age To Get A Bearded Dragon?

5 to 7 months is the best age to get a bearded dragon when it reaches the juvenile stage. At this stage, the bearded dragon should be 6 to 8 inches long.

That’s why for beginners, it is always recommended to start with at least a juvenile bearded dragon that has 6 to 8 inches in length.

Things You Need To Check Before Buying A Bearded Dragon

It doesn’t matter from where you are getting the bearded dragon, always check these before paying the money:

1. Is The Bearded Dragon Active?

Bearded dragons are diurnal and stay active during the day. They are very curious animals, like to explore and bask under the UVB lamp. Is the bearded dragon showing these signs? Then good. If not, the dragon might be lethargic. Lethargic behavior can be caused by sickness, disease, lack of care, lack of diet, and so on. Never buy a lethargic bearded dragon.

You can ask the shopkeeper to handle the bearded dragon for you. It will let you see how well the dragon is responding to the shopkeeper’s handling. A healthy dragon should be alert while getting handled.

Also, you can try to hold the dragon yourself. If the dragon tries to escape, that’s a good sign. It means the dragon is not sick and alert to its environment.

Here are some of the symptoms of a sick bearded dragon. Avoid the dragon if it is showing any of these symptoms:

3. Condition of the Pet Store

So, we are at the end of the guide. I hope the guide has made the selection process easier for you. I am just recapping the article in 2-3 lines.

If you are a beginner, start with a common bearded dragon morph, don’t get into any of the expensive or rare morphs as they are very hard to take care of. Try to get a juvenile bearded dragon rather than a baby. Also, keep in mind the checking factors I talked about in the previous section before buying the bearded dragon.

If you follow these simple tips, you should be able to get a healthy bearded dragon that can accompany you for years to come!