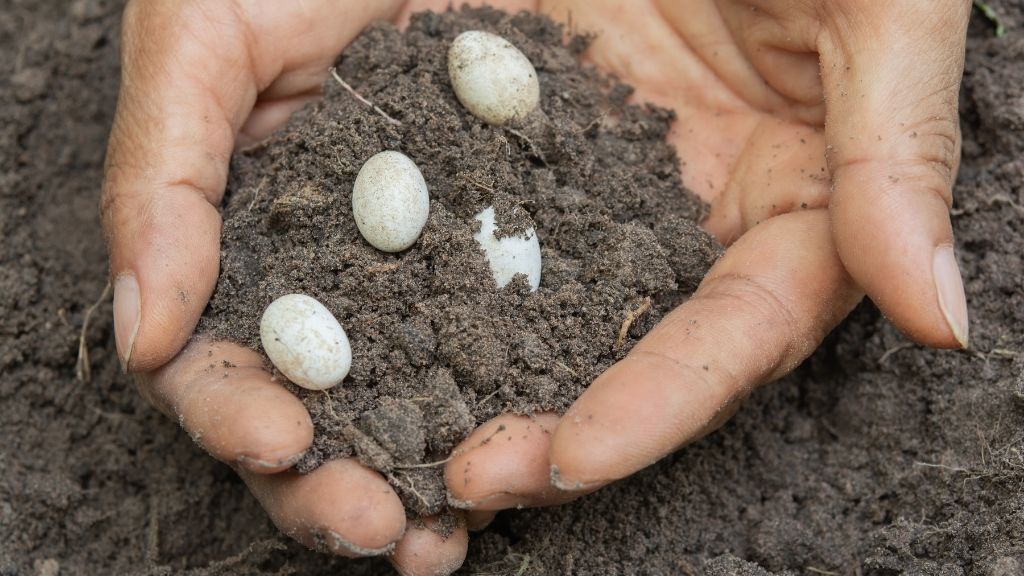 While keeping bearded dragons, one day you might find that your female bearded dragon has laid eggs even without mating. This might make you think how did she lay eggs? Will there be babies? What do you need to do now?

Now you might be confused about infertile eggs and have lots of questions in mind. Let’s get them answered.

What Is Infertile Eggs?

Like many birds and reptiles, the female bearded dragons can lay eggs even without mating with a male. These eggs never give born to a baby bearded dragon. That’s why these eggs are called infertile eggs.

Infertile eggs should be removed from the cage as they can deteriorate and cause very bad odor.

With that being said, the female bearded dragon can also lay fertile eggs without the presence of a man. How you ask? Well, the answer is quite interesting.

Female beardies can store the sperm of a male beardie for up to a year. So, she can use that stored sperm to make the eggs fertilized.

Suppose your bearded dragon was kept in a male-female enclosure in the shop and she mated there. Now, you got her and after a few months saw some eggs. There can be a good chance that the eggs are fertilized because in the shop, the female beardie might have mated with the male and used that stored sperm to fertilize the eggs.

So, there is only one sure way to check whether the eggs are fertilized or infertile.

To check whether the bearded dragon egg is fertile or infertile, you need to wait for at least a couple of weeks. This will give the egg enough time to develop embryo (in case the egg is fertile).

Now, pick up the egg very carefully. Don’t rotate the egg or make sudden movement (It can Carry Life!). Now, put the egg against a torchlight.

In case of fertile egg, you should see an embryo inside the egg with visible veins. Infertile eggs will show you nothing. This is the only reliable test according to me.

What To Do If Bearded Dragon Lay Infertile Eggs?

There is no benefit in keeping the infertile eggs as they’ll soon start to rot and stink. So, the only thing you can do is discard those infertile eggs.

I have heard that some bearded dragons might eat those eggs and regain some of the strength it has lost during the egg laying process. But I don’t think that’s necessary and I’ll recommend throwing away the infertile eggs.

You cannot hatch infertile bearded dragon eggs. Infertile eggs have no embryo inside them. So, there’s nothing to hatch.

Infertile eggs only happen when the male has not mated with the female bearded dragon. The eggs need male’s sperm in order to be fertile and ready for giving birth. So, there’s no way you can hatch infertile bearded dragon eggs.

During the mating season, a female bearded dragon can lay typically 1 to 5 clutches of infertile eggs over the course of a whole season. Each clutch typically consists of 10 to 36 eggs at a time.

There is actually no way yet to determine how many times a female bearded dragon will lay infertile eggs without mating with a male. I have seen some female beardies that haven’t laid eggs a single time.

On the other hand, after scouring through the internet, I have seen that some female bearded dragons even laid 5 clutches of infertile eggs over the course of a single season. So, I can’t give you a bulletproof number. But expect the number to be between 1 to 5.

How Many Infertile Eggs Can A Bearded Dragon Lay?

Do Female Bearded Dragons Have Periods?