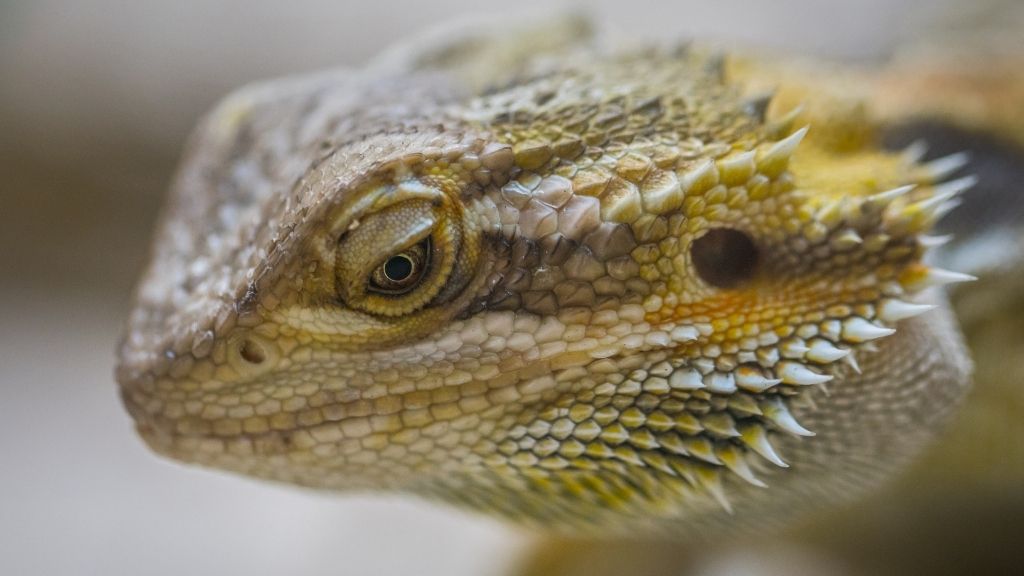 When you hear ‘Dragon’, it automatically transmits a fear in our mind. We have all seen those TV shows and how fierce dragons seem to be, right? But Bearded dragons are not that mythical fire-breathing creatures. They are very real and according to many, one of the most social reptile pets out there. Is it really true? Are bearded dragons friendly?

Captive-bred Bearded dragons are friendly, especially towards their owners. They are quite social and show a friendly demeanor towards humans. However, the wild bearded dragons are not adaptive to human presence and can show aggression towards people.

Though captive-bred bearded dragons are generally very tame and friendly, that is not always the case for every beardies. Like humans, Bearded dragons can also show signs when it doesn’t want to be disturbed or handled. If you understand these signs and pass time with your bearded dragon accordingly, soon you two will grow a further stronger relationship.

In this article, I’ll talk about all of this. So, let’s get started!

Why Bearded Dragons Are Friendly?

Bearded dragons are also known as ‘The Dog Of Reptiles’. Like dogs, they can get quite social around humans, especially their owners. By passing quality time, your bearded dragon can really form a strong relationship with you. You might even get welcomed by him whenever you pass around its enclosure.

It is not uncommon for tamed bearded dragons to rush towards the front glass whenever they see their owners. Like dogs, they crave & enjoy attention and cuddle from their owner. However, that doesn’t mean bearded dragons will welcome you to handle them every time.

Sometimes, they might not be in the mood to be handled. In that case, they will show you specific signs to communicate ‘Don’t disturb me now, please!’

You’ll need to respect those signs, and thus the bonding between you two will get even stronger.

In order to fully understand the friendly demeanors of a bearded dragon, we need to decode some of the behaviors. Bearded dragons are one of the most social reptile pets around the world and they can show various complex behaviors.

As owners, it is our responsibility to understand these behaviors and respect the beardie’s wishes. In this section, I’ll talk about 5 major behaviors of bearded dragons.

If you understand these behaviors, it will be much easier for you to bond with your bearded dragon even further and safely.

Let’s start with the most important one.

1. Bearded Dragons Can Be Social Up To A Point

I know bearded dragons are called the dog of reptiles. However, they are not ‘dogs’. Unlike dogs, they don’t welcome too much cuddling or handling. Even, they won’t welcome you sometimes if they don’t want to be handled. So, you need to respect those signs.

2. Territorial & Not Friendly Towards Other Bearded Dragons

Though I have already discussed this point, I want to shed more light on this. Even though bearded dragons are social around people, they can be very territorial towards other bearded dragons.

That’s why it is not recommended to keep multiple adult bearded dragons in the same enclosure. If you do, chances are they will fight each other to death or seriously injure one another.

I even heard stories that one juvenile bearded dragon crushed the skull of another just because it got hungry.

3. Bearded Dragons Can Get Comfortable Around Owners (But Not Strangers)

Most bearded dragons are friendly only towards their owner, the person feeding them everyday.

Take time and introduce your bearded dragon to other humans, other members of your family gradually. Bonding doesn’t happen overnight, it takes time.

4. Tamed Bearded Dragons Can Be Around Children

Bearded dragons are so friendly that they are even safe around children. So, if your child wants to play with the beardie, let him/her play. But make sure the bearded dragon is tamed first and comfortable around people.

5. Bearded Dragons Can Show Signs If They Feel Disturbed

Though bearded dragons are generally friendly, that is not the case all the time. Sometimes your beardie might want some alone time, just be by herself. In those cases, you need to honor your dragon’s request and don’t handle him unnecessarily.

Bearded dragons can show some signs that tell ‘Don’t disturb me now’. Some of these signs are:

These sequences are not universal and stay the same for all of the dragons. Some beardies might add his unique flair to these sequences.

Puffing up is another way bearded dragons use to show that they are feeling scared, aggressive, or threatened. This is a pretty common behavior from wild bearded dragons. When beardies puff up, they make their head look bigger and puff up their chin, which looks like a beard.

That’s why they are called ‘Bearded Dragon’!

Till now, I have only told you what behaviors you can expect from a bearded dragon. But now, I want to show you some real-life examples from real bearded dragon owners!

In a very popular bearded dragon owner group, I have asked the members to share their experience of how friendly their beardies are. From many responses, I am mentioning some notable ones:

How To Safely Approach A Bearded Dragon?

Most bearded dragons like being petted. They often show their enjoyment by closing their eyes while the owner is petting them.

Each and every bearded dragon has its own unique behavior and trait. Even though, I have seen most bearded dragons are quite friendly and open to being pet. They actually rather enjoy it a lot.

Tip: When petting your bearded dragon, stroke the underneath of its chin and the sides of the cheek. Bearded dragons get the most stimulation from these areas and they enjoy stroking on these areas a lot!

How Do Bearded Dragons Show Affection?

Is there any way bearded dragons show love & affection towards their owners. There is!

These are subtle ways, but if you experience these in your beardie, pat yourself on the back!

In my experience, almost all of the bearded dragon owners shared how their dragon loves to spend time with them. I have heard stories that the dragon often falls asleep on the owner’s body, gets into his/her shirt, sits on the chest, and so on.

Hearing these, I can clearly say tamed bearded dragons enjoy being held by the owner most of the time.

Are Bearded Dragons Friendly With Dogs?

Normally, Bearded dragons are not so friendly towards other animals. However, I have heard from owners that they typically go well with other pet dogs and cats. But, the behavior might not be reciprocal for the dog or cat.

Bearded dragons are pretty small compared to a fully grown dog or cat. It is very easy for the dog/cat to stump on the dragon, play with it cruelly, or even bite it to death.

That’s why I always recommend not to let your bearded dragon free roam in the house if you have other pets that are pretty larger than the dragon. If you want to let the dragon roam in your room, keep a close eye on it.

When A Bearded Dragon Shows Aggression?

If your bearded dragon is suddenly showing signs of aggression, it might be because of a hormonal change in the body. Females typically experience this when they are ovulating.

Male vs Female Bearded Dragon: Which One Is Friendlier?

Male bearded dragons are more aggressive and territorial in general. So, it can be said confidently that the females show a friendlier demeanor. However, when it comes to humans, the demeanor doesn’t vary from male to female. Both show a similar level of friendliness.

Bearded Dragons In The Wild Are Not So Friendlier

The bearded dragon your are keeping in an enclosure beside you are nowhere similar to its wild cousins. Wild bearded dragons are a sight to behold! They show much more complex behavior and social hierarchies.

Bearded dragons are originally from the deserts of Australia. In the desert, the males claim ownership of a territory. The territory will be decent in size and include a spot for basking. This spot will be the owner beardie’s favorite basking spot.

The male bearded dragons will often fight with other males to keep ownership of their territory. These fights often include biting the tail of one another as well as circling each other. Sometimes blood is also drawn. However, in most cases, these fights are not continued to death and the defeated bearded dragon gets his pride injured only.

So, we can say, bearded dragons in the wild are not as friendly as the ones sitting in your home in an enclosure. The behaviors and demeanors of wild bearded dragons differ a lot from the captive ones.

Caution: Bearded dragons can carry Salmonella, a type of bacteria often carried by reptiles. Salmonella can incur serious disease to humans. So, every time before and after handling bearded dragon, wash your hands with soap thoroughly. This is a must to keep you and your family members safe from any unforeseeable diseases.