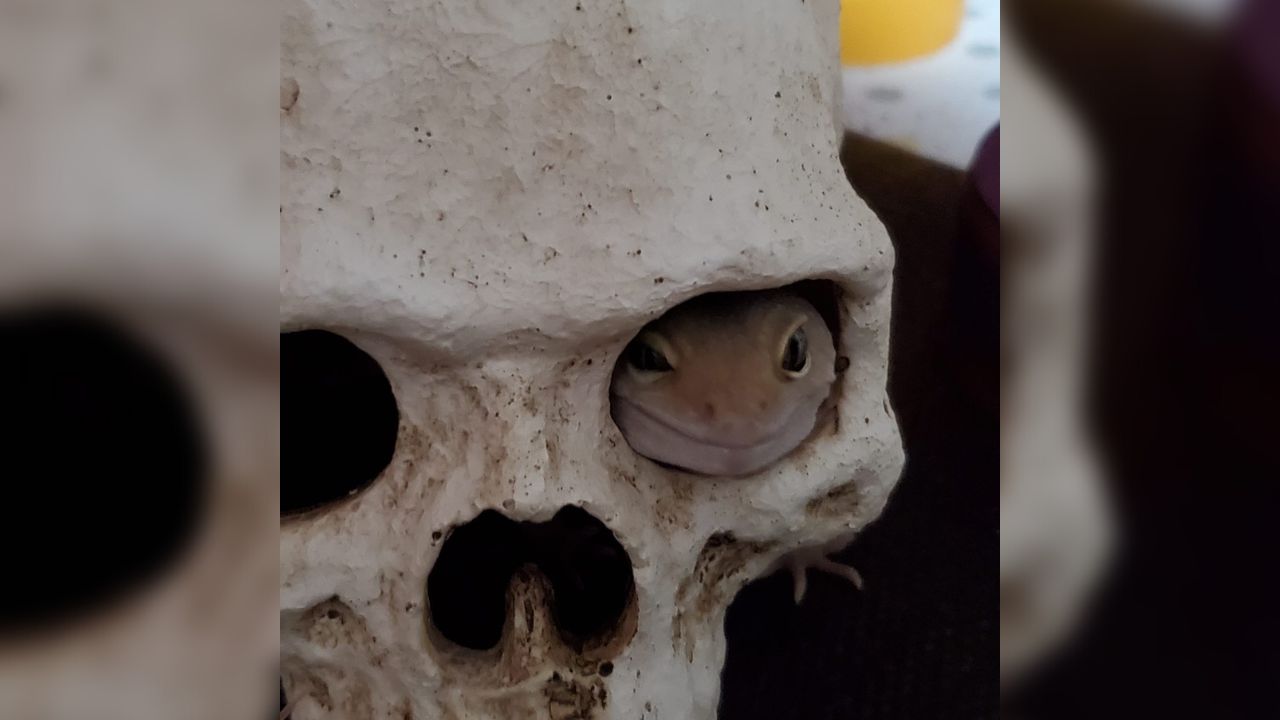 Owning a Leopard Gecko is really fun as it always remains active and friendly with the owner. Hence some owners try to pet more Leopard geckos and they breed their Geckos in order to fulfill their wishes. But when you breed your Leopard gecko and it becomes pregnant, that’s when you need to know how to take care of a pregnant Leopard Gecko.

Pregnant Leopard Gecko needs nutritious food, less handling, a separate enclosure with optimum temperature and humidity, and most importantly your support and care. These are some of the ways you can take care of your Leopard Gecko when it’s pregnant. Separate care is needed for the hatchlings too after their birth.

If you want to know more about the caring process of a Leopard Gecko, make sure to read till the end!

8 Signs That My Leopard Gecko Is Pregnant

When a Leopard gecko becomes pregnant, it shows some signs of pregnancy. Most of the time these symptoms become visible a few weeks after its mating. Some of the symptoms might also be an indication of other diseases such as impaction or metabolic bone disorder or something else. But if you can diagnose the Leopard Gecko properly, then you will definitely understand if it’s pregnant or not. That time, the symptoms listed below will help you:

After a Leopard Gecko becomes pregnant, its belly from both sides becomes swollen due to the accumulation of eggs. Basically, the midsection will start swolling and it will soon become bigger in size.

At first glance, it may look as if the Leopard Gecko has gained weight but in reality, the Gecko’s stomach looks fat during its pregnancy too.

If you look carefully you will see that from the middle section of the stomach, the belly will look fat but the rest of the body will look as it was before.

If you carefully touch the belly, you will feel some lumps which is an indication of eggs inside it. But be very careful while doing that as it may harm your Leopard gecko or its eggs.

This is a sign which can pretty much be seen in many different cases. For example: when a Leopard Gecko becomes sick or goes through the shedding process, it does not eat generally.

The reason is the stress or sometimes it can consume the nutrition from the shredded skin too. Hence this sign can be mistaken as a symptom of another disease and so you have to be really careful looking for other symptoms too.

You need to check the belly or the eggs via lighting in order to be confirmed that your Leopard Gecko is pregnant.

Leopard Geckos like other living beings get really stressed during pregnancy. As pregnancy is entirely a new feeling for your Gecko, it will literally not feel like eating or doing anything.

It will mostly hide inside its hiding spot, become sluggish, and will run away from you instead of staying for a long period of time.

The more the delivery time approaches the more it will get stressed and you have to bear with it.

Just like sleeping, this is another symptom that you will find in your Leopard Gecko when it is sick or pregnant. In case of impaction, for instance, your Leopard Gecko fails to move properly due to the stuck food in its digestive system.

Sometimes it fails to walk properly when it suffers from metabolic bone disease (MBD) too. Because of this reason, you need to first check its belly and if there are any lumps there which is basically a sign of eggs inside the belly.

This is a sign of pregnancy in Leopard geckos but only a few owners claimed that they could see visible eggs in the Leopard gecko’s belly.

When the eggs are inside the stomach, you can actually see them getting bigger, and also sometimes you can see large white spots kind of things on your Leopard gecko’s belly too.

However, do not get scared if your Leopard Gecko’s stomach gets too big and seems like it would burst when actually it is very normal and nothing to get scared off.

Leopard geckos when pregnant get easily scared and become sluggish in nature. The reason is the uncomfortable feeling of having a huge stomach with a less weak body.

All of these things entirely affect your Leopard gecko a lot and it becomes irritated in nature. Also, Leopard Gecko does not want to get along with anyone at that point hence it gets scared when anyone approaches it.

This is a consequence of having less food as a result of pregnancy. This is bound to happen when your Leopard Gecko is pregnant. As a result, your Leopard gecko will become very tired and it will most likely hide in its place rather than play with you.

5 Steps To Take Care Of A Pregnant Leopard Gecko

There are multiple things you can do to make sure that your Leopard gecko gets proper care and remains healthy during its pregnancy and also it’s delivery. For that, there are some simple steps you have to follow after you get to know about your Leopard gecko’s pregnancy.

1. Keep your Leopard Gecko separated in another tank

You can actually keep your Leopard gecko separated once it’s done with mating. Leopard geckos do not like to interact with other reptiles or pets that much. Hence it would be better if you place either your female or male Leopard gecko somewhere else.

Thus your pregnant Gecko will not feel threatened or intimidated by another reptile in the tank. For this reason, keep another tank ready after your Leopard Geckos mate.

The tank parameter needs to be optimized.

In case of high humidity, mold formation can occur in the enclosure, causing stress and disease to your Gecko. Even low humidity will also cause issues to your Leopard gecko. Hence it’s better to keep the tank parameters optimized.

Nutritious food is extremely important for the growth of Leopard geckos and its baby. Your Leopard gecko must intake protein and calcium in a good amount, and also it should be hydrated always.

Anything except that this will cause different health issues in your Leopard gecko. For example, less calcium can cause calcium deficiency and metabolic bone disease which is extremely harmful to the pregnant Leopard Gecko.

Another thing you need to keep in mind is, Leopard geckos during their pregnancy lose their appetite, and also due to slow movement, they might not reach their food and instead wait for you to feed it.

In such cases, you need to ensure that you keep the food near the place where your Leopard Gecko stays the most in the enclosure. Also, keep the water beside the food as well.

4. Do not handle too much

Handling is something that you need to avoid as much as possible when your Leopard gecko is pregnant. The reason is that your Leopard gecko while pregnant remains very stressed. At that time it prefers not to get touched to interact with people.

But because sometimes your Gecko might need your help, you need to be extremely careful while handling it.

You should not be in haste while carrying your Gecko. Also do not drop your Leopard gecko if it tries to scare you or scratch you. be calm and patient while handling it.

5. Place the tank in a quiet place

Placing the tank in a quiet place is necessary as your Leopard Gecko will get more irritated and stressed due to the noise and interruption in its activities.

Sometimes kids or people who do not have experience handling Leopard gecko might try to touch it which is very risky for a pregnant Leopard gecko especially. Hence you should place the tank somewhere quiet.

For How Long Are Leopard Geckos Pregnant?

Leopard Geckos have a gestation period that lasts for 22- 35 days. From fertilization to the egg-laying part, the whole time is actually what the gestational period is all about.

Leopard geckos never lay all of their eggs. It takes time to lay eggs as the whole process requires lots of energy. After your Leopard gecko lays the first batch of eggs, it will lay more eggs for at least 2-3 weeks.

This time you have to keep looking for the eggs all the time and most importantly in hiding places. But be careful while finding them as you might break the eggs while looking for them inappropriately.

Leopard Geckos are really active and funny reptiles to be with. But when your Leopard gecko becomes pregnant, it will definitely be sluggish in nature, might not eat or sleep well, and might show some symptoms which are new to you.

In such cases, you need to ensure that your Leopard gecko is getting the proper care that it needs. It should have a neat and clean tank with optimum temperature and humidity levels.

Always keep the Leopard gecko separated once it’s pregnant otherwise it can affect the baby leopard geckos and definitely the pregnant ones. By doing all of these things, you’’ be able to help your Leopard gecko with its pregnancy and also its eggs.