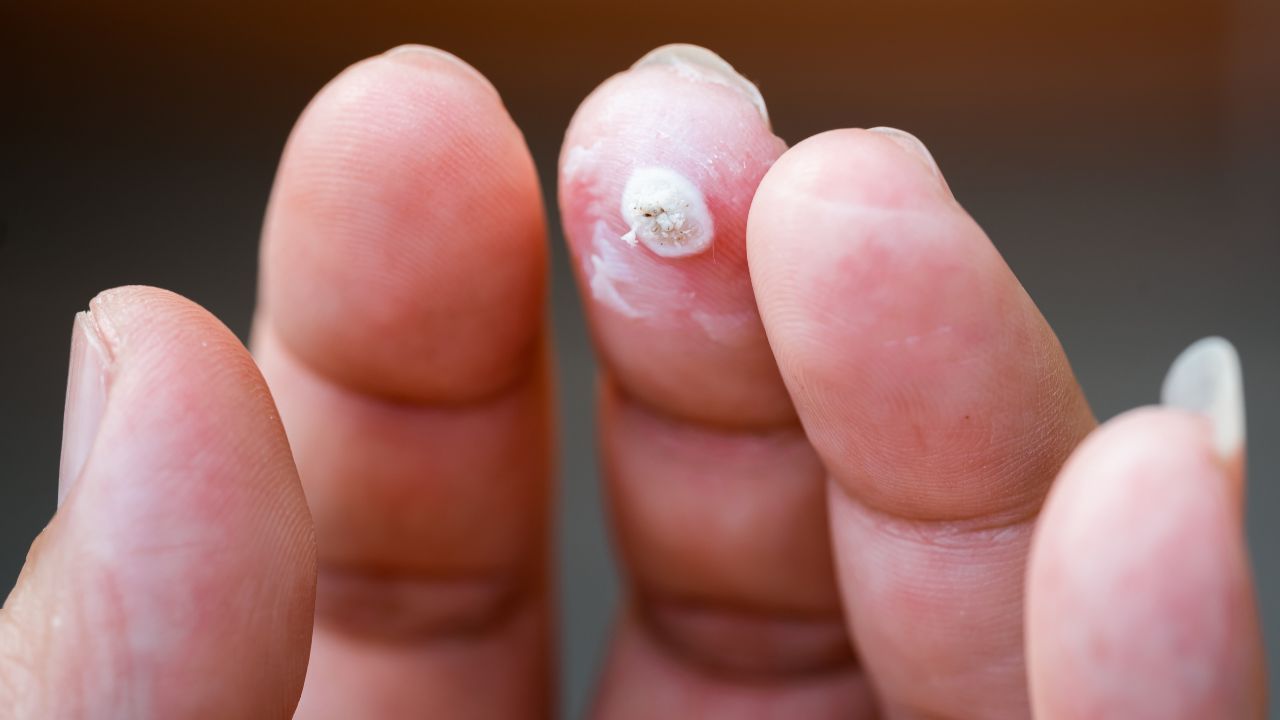 The idea that frog pee might cause warts has stopped many of us from having a closer look at one. As a kid, I was told this a few times by my friends before the days of Google proved them incorrect. Even though we have smartphones now, this myth still lives on.

Frog Pee cannot give you warts. Only humans are infected with the HPV virus that causes warts.

The real mystery here, as with many myths, is how this idea got started in the first place. Read on this article as we examine the dangers of contacting frog pee in different situations and how to prevent the negative effects of dealing with frog pee.

Can Frogs Give You Warts?

Warts cannot be transmitted by frogs. The human papillomavirus causes warts, which are a form of skin infection (HPV). The infection causes the skin to develop rough, skin-colored pimples. This virus is spreadable. HPV is normally carried and spread by humans.

The reason people think frogs can cause warts lies behind the lumpy, rough, wart-like skin surface of some frogs like toads and tree frogs.

Many people believe that all frogs have sleek, sticky skin. But frogs who spend their most lives on land get a distinct sort of skin that protects them. Frogs’ warty skin protects them by offering a significant degree of camouflage, enabling them to blend in and stay hidden from predators.

They are known as “Paratoid glands” because they emit a milky poison that makes them taste bad to predators. Their lumps also serve as armor, shielding their skin from harm.

Can Frog Pee Hurt You?

Frogs often urinate on people when they are anxious, agitated, or concerned for their lives. Frogs pee on predators as a kind of self-defense to ward off creatures that they believe would harm them.

A frog or toad urinating on you is a normal reaction to a perceived danger and is one of the numerous natural defensive techniques that a frog may use. Frogs use urine to try to hide their odor or make themselves unattractive to any animal that wants to eat them.

If frog pee contacts the mouth, eyes, nose, or open wounds, it may contain toxic bacteria that may cause symptoms such as skin irritation or infections. Frog urine is not poisonous, but it is important to wash the area of contact for at least 20 seconds with soap and water to eradicate dangerous bacteria.

Frog urine is not a pure chemical since it may include a variety of unsafe microorganisms. Although some bacteria types are harmless and healthy for frogs, they may cause health issues and diseases in people and animals.

The Threats of Frog Urine

In most cases, frogs urinating on people have no effect on the handler’s physical wellbeing, and serious injuries are rare. However, it is still vital to be cautious while handling frogs since bad consequences are quite easy to prevent.

Here are some of the risks that come with frog urine:

A popular misconception regarding frog urine is that if it gets into the eyes, it will blind the person handling it. However, these occurrences are limited to a few species and are usually temporary. If frog urine penetrates the eyes, it may cause temporary blindness.

Some frog species adopt this approach as a protective measure in the wild since it provides them with a short window of time to dodge predators.

Frog pee of some specific species often causes skin rashes. It is more common when the frog’s urine has merely touched the epidermis and is most often felt on the palms and forearms.

However, these situations are typically determined by the frog species, the contents of the urine, and the handler’s skin sensitivity. Frog urine bacteria may produce varying degrees of skin irritation, which is usually more severe on sensitive or injured skin.

Infections caused by frog pee might be difficult to cure. When a frog pees on a person or animal, new illnesses might develop, or existing infections can deteriorate. Once inside the body, the bacteria found in frog pee may cause major health problems. Such situations are usually caused by frog pee getting into infected wounds or sinuses.

Which Frogs Are Poisonous?

Many people assume that all frogs secrete poisonous secretions. That, however, is a myth. Nevertheless, certain frog species have some of the most poisonous poisons on the planet. This helps these little creatures to survive in the toughest environments and gives protection from other predators.

Here are some beautiful yet poisonous frogs that can cause deadly diseases or even kill with their secret poisonous secretions.

Golden Poison Dart Frog gets its poison from the food it eats. Depending on where it lives and what it eats, the average wild golden poison frog makes enough poison to kill 10 people.

Even though it has such a powerful way to protect itself, its population is still going down because its habitat is being destroyed and because of pollution.

The blue poison dart frog (Dendrobates tinctorius) lives in parts of southern Suriname and Brazil. Even though every frog of this species is bright blue colored, each one’s black spot patterns are different.

The poison in these frogs is strong enough to hurt or kill people. Like most other poison frogs, they lose their toxicity when they are kept in captivity because they eat different things. People also like to keep blue poison dart frogs as pets.

The black-legged poison dart frog lives in Colombia. It is considered endangered because its habitat is disappearing.

The dyeing dart frog (Dendrobates tinctorius) is among the biggest poison dart frog species. It is not any bigger than about 2 inches. It is a species of the Phyllobates genus, which is less dangerous than the Dendrobates genus.

Researchers have found that the bright color pattern of the dyeing dart frog not only informs nearby wild animals that it’s not edible but also makes it hard to spot from a distance.

This brightly colored frog lives in Brazil, Guyana, French Guiana, and Suriname. There is a story that the dyeing dart frog’s skin secretions were once used to color the feathers of young parrots.

Strawberry poison dart frog (Oophaga pumilio) is the most venomous of its genus, Oophaga. This species is dangerous since you may not know what you’re looking at.

This species is typically bright red, although there are 15 to 30 color variants, from red to blue to green with black dots. This species’ bright colors warn of its toxicity. Strawberry poison dart frogs are hazardous because they eat ants and termites. Captive frogs lose all venom.

The lovely poison frog (Phyllobates lugubris) is renowned as the striped poison dart frog. This is a non-toxic Phyllobates species (but is still in the most toxic genus of poison frogs).

Even while it seems to be beautiful, it is dangerous. It has enough toxins to induce heart failure in predators that consume it. The beautiful poison frog is endemic to Central America, where it may be found in Costa Rica, southern Nicaragua, and central Panama.

It’s also the smallest of the three, but what it lacks in stature it more than makes up for in music. Its mating cry has been described as both loud and bird-like. Instead of struggling for supremacy, males will just face off and shout out loudly until other frogs back down. These frogs carry batrachotoxin in skin glands, which may kill humans.

This lovely species belongs to the Phyllobates genus and is the fourth most poisonous member. Its venom produces agonizing agony, minor convulsions, and, in rare cases, paralysis.

Scientists are uncertain how the golfodulcean poison frog (Phyllobates vittatus) derives its toxicity. Nevertheless, they are positive it is not self-produced.

The golfodulcean is found near Costa Rica.

Though not as poisonous like some other kinds of frogs, the green and black poison dart frog (Dendrobates auratus) has enough venom to kill a person.

These lovely tiny frogs come in a variety of colors of green, from dark forest to mint, lime, emerald, and turquoise, and may even be light yellow or cobalt blue.

These brightly colored frogs were transported to Hawaii from Central America and the northern sections of South America, where they have flourished.

How To Avoid The Risks of Frog Pee?

1. Use Gloves During Handling

If you have sensitive skin or wounds, using gloves when handling frogs is the safest approach to protect your skin from harmful bacteria. Wearing rubber gloves is the best method since it protects the frog from any dangerous bacteria that the handler may have.

The suggestion is to collect frogs when necessary and keep them near to the ground to prevent stressing them out.

Your eyes, mouth, and nose are not the only entrance routes for bacteria that are prone to infection. Your sinuses are as well. When you handle something and then touch your face, you expose delicate regions to the risk of microbial infection.

The frog and the handler’s hands should never come into direct contact with the handler’s face until the handler has had a chance to thoroughly wash their hands.

Always make sure to clean any other places that come into touch with germs with soap and water for at least 20 seconds.

Warm water kills germs more effectively than cold water does in most situations. Sanitizers and disinfectants are alternatives to water that may be used in situations when there is no access to liquid refreshment.

Anxieties and stress are common triggers for frogs to pee on humans. Frogs pee on predators as a kind of self-defense to scare away things they fear may hurt them.

However, frog urine does not induce human warts. People confuse frogs with warts because frogs have rough, wart-like bodies.

If a frog pees on your body, you probably don’t need to worry unless the urine gets into your bloodstream or sinuses. If frog urine got into an open wound on your body or into your eyes, mouth, or nose, you should see a doctor.

Cleanse your face right away and seek medical assistance if necessary.