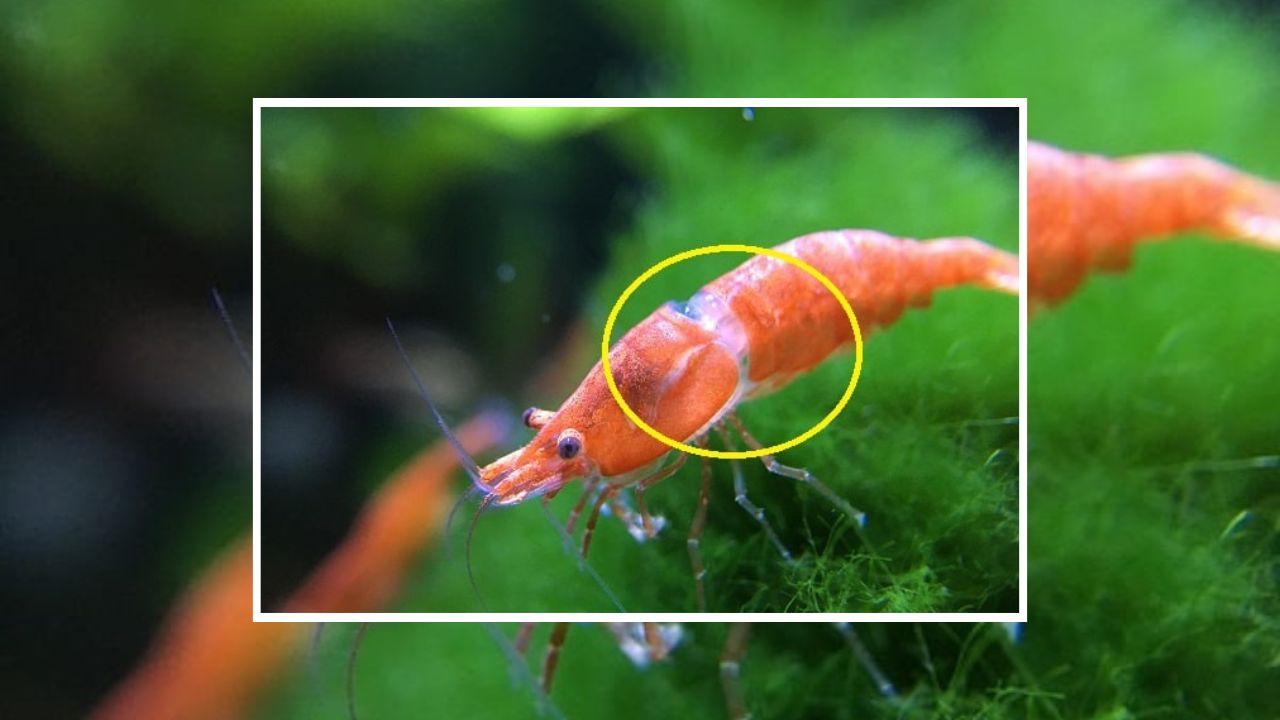 Shrimp’s white ring of death is the most common at the same time deadly issue. Most of the shrimp keepers must have experienced this at some point. So today, I’ve come up with vast research to explain this deadly issue in detail.

In the case of white ring of death, during molting shrimp’s shell break all over the body and when it tries to get out of the shell it gets stuck on the broken shells. Most of the time, they die within 1 or 2 days because of excessive suffocation and stress.

In the rest of the article, I have discussed further about possible causes and some preventive measures to deal with this deadly issue.

What Is White Ring Of Death?

White Ring Of Death, it’s as deadly as it sounds, fully justifying its name. Most of the shrimp keepers must have experienced this at some point. Fortunately, its symptoms are visible and easily detectable.

This white ring of death badly affects the most important phase of the shrimp’s life cycle which is molting. So to understand this disease better, at first let’s see a quick intro to molting.

We all know that molting is a natural process in the shrimp’s life cycle. As the shrimps grow, their shells become small or tight for them. So they need to change it to a new and larger shell according to their growth. This process of changing the shell is called molting.

When shrimps are ready to molt, the shell or exoskeleton starts to open around the neck. At this time, shrimps blend its body and come out of the old shell.

In the case of the White Ring Of death,

At first, spots like white rings are seen all over the body of the shrimp. Then the shell starts to break in the white ring areas. So, when the shrimp tries to get out of the shell, it gets stuck on the broken shell.

They can’t survive long in such a suffocating state. Due to excessive suffocation and stress, they die within one or two days.

As you know now what is shrimp’ white ring of death, let’s see the possible reason of this deathly issue.

Here are some of the water parameters:

After leaving the old shell, shrimps need to absorb enough calcium carbonate and other elements to make a strong new shell.

Mess in the water parameters can make the shell soft or excessively hard which may lead to molting problems like white ring of death.

Some shrimp keepers say that frequent and large water change is the reason of shrimp’s white ring of death.

We all know that shrimp need stable and balanced water. They don’t like frequent changes in water.

Frequent and large water changes shock shrimps and increases stress in them which leads to complications in molting like white ring of death.

Lack of balanced diet can be another reason of shrimp’s white ring of death.

They need proteins, calcium, vitamins, minerals, and other micro-elements in their diet to stay healthy. Lack of these hinders their normal growth and causes complications in molting.

How To Deal With Shrimp’s White Ring Of Death?

As soon as you notice the symptoms of white ring of death in your tank, you need to check all the water parameters, shrimp’s diet and water change routine.

If you find all the parameters alright it may be an isolated incident with any unlucky shrimp. But if there’s any issue with the parameters, all the shrimps in the tank may face this issue. In this kind of situation, you should immediately take action to balance all the parameters.

But when all the shrimps of the tank get affected by this problem, there is not much that could be done. In most cases, we see this white ring of death has wiped off all the shrimp in the tank.

If you notice any problem immediately take measures to balance the parameters.

Following a routine to change water is really an effective way to avoid all kinds of problems. I usually change 15%-20% water a week at once. I also recommend others to do so.

Take Care Of The Balanced Diet

Shrimps need a balanced diet that will be enriched with maximum nutritional value.

As we know shrimps need a certain amount of protein in their diet. Along with that calcium, vitamins, minerals, and other micro-elements should be included.

Vegetables like Kale, Spinach, Zucchini, Broccoli, Cucumber, and Spinach can also be added.

Besides, you can consider readymade shrimp foods like Hikari shrimp cuisine, Xtreme Shrimpee Sinking Sticks, Repashy Gel Food or others.

In this article, I’ve tried to cover the causes of white ring of death and some preventive ways to avoid this deadly issue. If you notice this problem in your tank follow the procedures mentioned above to deal with white ring of death.