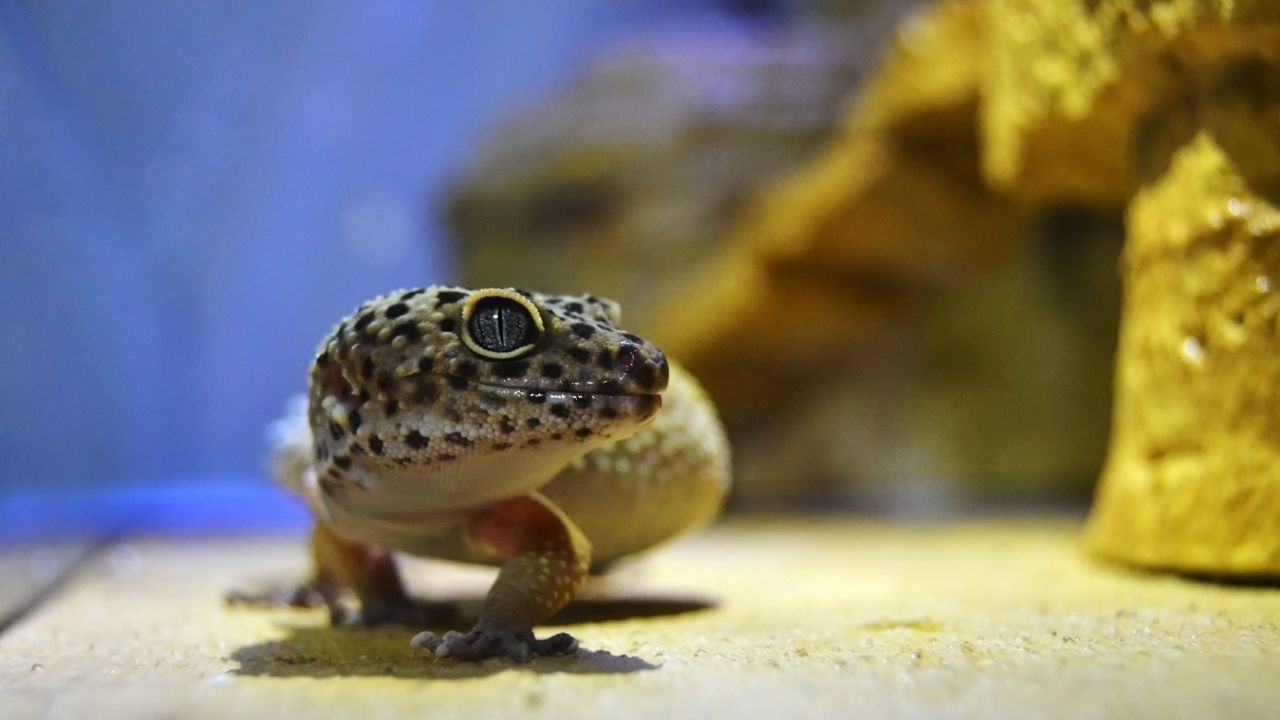 When you have a Leopard Gecko, you try your best to take proper care of it. However, sometimes you may see that your Gecko does not have its tail or has dropped its tail. If this is new to you, you may think- How many times can a Leopard Gecko lose its tail?

If you want to know more about this interesting feature of Leopard Gecko, keep reading till the end!

Why Does A Gecko Drop Its Tail?

Seeing your Leopard Gecko lose its tail might scare you for the first time, but this is a very common phenomenon.

In many animals, the defense mechanism is named- autotomy, where losing a part of the body is natural. Leopard Gecko has connective tissue that allows the breakage of the tail at a specific position when required and the blood vessels constrict at that time. This does not let the blood overflow and only a few drops of blood loss occur.

Most Leopard Geckos do lose their tails and there are multiple reasons behind it. Some of the common reasons are mentioned below:

The most common reason for losing tails in Leopard Geckos is to save themselves from predators. When any predator attacks the Gecko, the Gecko drops its tail so that it can run away from the attacker and also shock them.

Often kids and inexperienced people tend to hold the tail or squeeze it which also makes the Gecko uncomfortable and while running from them, it tends to lose its tail as a defense of its own.

The detached tail can still twitch on the ground even being separated from the body. This weird thing catches the attention of the attacker or others and Leopard Gecko utilizes the time to flee away.

When your Leopard Gecko gets stuck somewhere by its tail, it can sacrifice its tail to protect itself.

Illness can directly or indirectly take part in your Gecko’s tail losing feature. Most of the time, when your Leopard Gecko becomes weak, it generally gets stressed which makes it drop its own tail.

Even if the illness is the least common reason behind the tail loss, you should consult a vet as soon as possible if no other reasons mentioned above are found.

If your Gecko is male then another male Gecko in the same enclosure can trigger your Gecko’s lifestyle and both of them can fight often which can make one of them lose their tails.

Also, older Geckos bully the smaller ones which can induce stress too. To survive the bully, if your Gecko fights, it can lose its tail in the middle.

Leopard Geckos often drop their tail to protect themselves or due to environmental stress, fear, or illness. This is a common yet alarming phenomenon as sometimes you can diagnose disease or cause of stress that makes your Gecko lose its tail.

Does It Hurt A Gecko To Lose Its Tail?

The tail dropping is not a painful event but it might stress your Leopard Gecko a lot.

The reason why your Gecko does not feel the pain is because of the vasoconstriction of muscles around the tail. When the tail drops, these muscles construct for which only a small portion of blood loss occurs.

Hence your Leopard Gecko does not get intensely hurt from the damage.

How To Treat Your Leopard Gecko When It Loses Its Tail?

There are some steps that you can take to treat your Leopard Gecko when it loses its tail, the steps are as follows:

Whenever you see your Leopard Gecko has lost its tail, you need to first calm it down. Even though Leopard Geckos mostly lose their tail while being defensive, stress plays a major role in it.

If there is any other Gecko in the enclosure, you need to make sure that you keep your Gecko away from that. Hence first pick up your Gecko and let it rest for at least 20 minutes. This will help you follow the next steps.

To clean the wound that occurs after your Gecko loses the tail, you can use a cotton bud and antibiotic ointment. Using a cotton bud, you can slowly apply the ointment to the injured place. This antibiotic treatment will assure that no bacterial infection occurs at the wounded place.

A clean tank is needed after your Gecko loses its tail. Sometimes when the tank is not cleaned or has live insects in it, it really affects the lifestyle and growth of the Gecko.

The unclean environment dresses Geckos a lot and it does not allow them to live a healthy life as living pathogens may attack their intestine as well. Hence it is necessary to keep the tank clean.

Sometimes Leopard Geckos get stuck inside their tank due to rock, hard substrate, or the jammed door of the enclosure.

Hence if you can replace the substrate it would really work best for your Gecko as any natural substrate might contain bacteria or other pathogens that may eventually create an infection in the wounded area.

4. Keep Gecko in a separate tank

After treating your Gecko with a wounded tail, you should try to keep it in a separate tank with paper substrate and the appropriate amount of food.

If you have another Gecko in the same tank, then it can seriously harm your Gecko. Moreover, the reason why Geckos lose their tail is either stress or while defending themselves.

Hence keeping your Gecko away from its original tank would be a good choice.

Hence you need to provide the appropriate amount of nutrition with lots of water for hydration.

How Long Does It Take A Leopard Gecko To Regrow Its Tail?

It takes around 3-4 weeks for a Leopard Gecko to grow its tail. Basically, new cells cover up the wounded area and the new tail starts to grow. However, the new tail does not look like the first one. The new tail will be shorter than the previous one and it will have some different features such as:

How To Prevent Tail Lose In Leopard Gecko?

To prevent the loss of tail in Leopard Gecko is necessary as this phenomenon really stresses them out. There are a few measures that you can take to prevent this from happening:

As Leopard Geckos mostly lose their tails when they are stressed or defend themselves, it’s better to not handle them too much. As too much handling can cause stress and also make them feel uncomfortable for which they might try to escape and consequently lose the tail.

Hence tell children and other people who are inexperienced to stay away from the Leopard Gecko and not to handle it every now and then.

A tank with a clean and good environment with less contamination are the most required factors to keep your Gecko stressed free. Hence always keep the tank clean and try to clean the tank once a week at least and conduct a monthly deep cleaning too.

Do not introduce a new Gecko

Introducing a new Gecko is the most common factor that stresses your Leopard Gecko a lot. Only if you want your Geckos to breed, introduce a new Gecko in the tank. Otherwise, avoid doing this.

Maintain a good environment in the tank

Always keep an optimum temperature and humidity maintained in the Leopard Gecko’s tank. This will help your Gecko have a healthy and stressful life which will not cause any tail loss as well.

How Many Times Can A Gecko Grow Its Tail Back?

Leopard Geckos can grow numerous times after it falls down. There is no limitation to this number. However, the more your Leopard Gecko grows, the more it loses its ability to grow its tail but the wounds do cover with time. This indicates that the wounds would be covered but your Gecko may remain tailless.

Leopard Gecko loses its tails mostly because of stress and defense mechanisms. It also does not take long to regrow the tail and this regrowing can occur multiple times in their lives. However, you should always try to keep your Gecko safe and not let it lose its tail in any manner.

If it still loses its tail, make sure to find the reason behind it and take measures accordingly. Thus you can keep your Gecko safe from losing its tail easily.