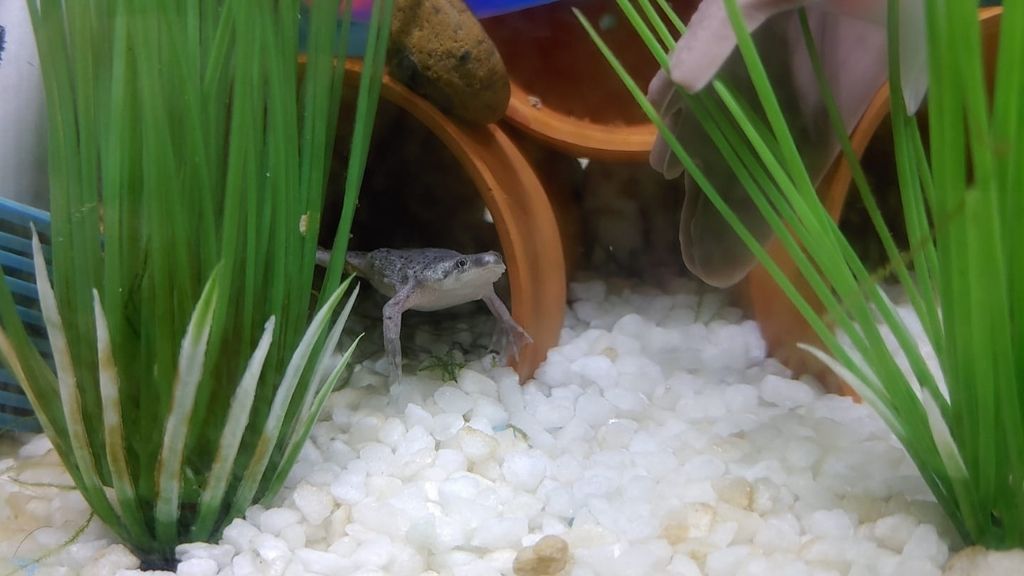 It becomes a matter of worry when your African dwarf frog floats weightlessly on the tank surface because of being bloated. Excess fluid build-up makes your sick frog sluggish and miserable. This fluid retention condition is known as dropsy or edema.

The miserable condition of the dwarf frog makes owners worried by thinking- how long can an African dwarf frog live with dropsy?

Treating dropsy in African dwarf frogs is not a simple task to do, as dropsy isn’t readily curable. If your sick frog has improvements in treatments, it may survive from several months to a few years. On the contrary, maximum dwarf frogs with dropsy die within 2 weeks when their immune system remains too weak.

But, don’t lose hope. I’ll provide more information about how to prolong the lifespan of your dwarf frog with dropsy in this article. So, you shouldn’t miss this write-up if you are keen to know how long an African dwarf frog can live with dropsy, its cure, prevention, etc.

There are many controversial opinions regarding the recovery of African dwarf frogs from dropsy. Since the reasons for dropsy are a bit tough to detect, it becomes hard to provide accurate treatment to your sick dwarf frog.

But, it’s not an impossible case. When you remain persistent with the treatment procedures, your African dwarf frog may get recovery from dropsy.  However, it depends on the intensity of the sickness, the immunity of your dwarf frog, the environmental change, etc.

Generally, the bloating on African dwarf frogs can be divided into two ways. One of them is soft bloating, and another one is hard bloating. When the fluid build-up makes their body firm, this swelling condition may be hard bloating.

If your African dwarf frog reaches the condition of hard bloating, it’ll be hard to cure your sick dwarf frog. In consequence, your dwarf frog will die due to dropsy.

How Long Can African Dwarf Frogs Live With Dropsy?

Sometimes, dropsy in African dwarf frogs can get healed by antibiotics. But, the damage to the internal organs of sick frogs remains permanent. If the immunity of the African dwarf frog is strong, your dwarf frog can live long for several months with dropsy.

You should know that full recovery of dropsy in African dwarf frogs is impossible. But, your frog can survive up to several years if they make improvements in treatment.

After starting treatments, you should notice for two weeks whether the health of your African dwarf frog is improving or decreasing. If not, your sick frog may not make it for much longer with dropsy.

Can Dropsy In African Dwarf Frog Go Away On Its Own?

The answer is no. Dropsy isn’t an easy condition that can go away on its own. Firstly, you need to determine the actual reason behind the bloating of your African dwarf frog.

Sometimes, African dwarf frog owners become confused about thinking whether their dwarf frogs are bloated or pregnant. If you have similar confusion, you can check out this article about 3 signs of dwarf frog pregnancy.

After finding out the actual cause, you should fix the underlying problem. Along with changing the root problem, you should follow the prescriptions and the treatment procedure suggested by the vet. If you don’t take any action, dropsy in your dwarf frog won’t go away on its own.

Since the sick frog develops an excess amount of fluid inside their body, this fluid creates pressure on other organs. As a result, the internal organs like the kidney, spleen, and other parts of your African dwarf frogs will face immense pressure from the fluid. It results in the malfunction of the organs.