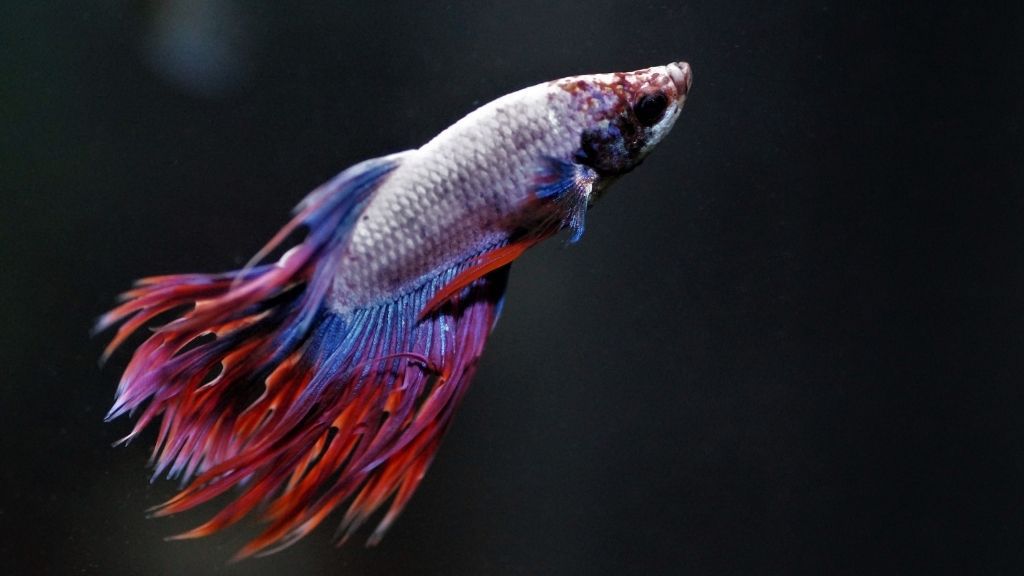 If you’re a long-term betta keeper, you might have already heard the term Dropsy. Dropsy happens to be one of the most heard and fatal diseases of Betta fish.

After noticing several symptoms of Dropsy in your betta, your first concern might be, “Is it hurting my Betta?” Well, Dropsy can be extremely painful for Bettas, as it is concerned with the underlying dysfunction of multiple organs.

So anyone having a betta fish should know in-depth about Dropsy. In this article, I’ll try to show you some facts and information about Dropsy and help you with some tips on how to deal with it.

A lot of people may think that Dropsy is a certain disease, but it is not the case. Dropsy is a clinical condition in fish, characterized by excessive extracellular fluid retention in the coelomic cavity. It is a display of your fish’s poor immune system or underlying health hazards. It is more like an Edema in the human body.

So if you start medication thinking Dropsy is an independent disease, you might be very wrong. The reason behind this fatal disease can be very hard to diagnose, as this can be caused by a whole range of reasons.

Causes of Dropsy In Bettas

There is no clear evidence on what causes Dropsy. As it is a result of other underlying diseases, researchers have tried to find out what those diseases are. There are also some other extrinsic factors causing Dropsy.

This is probably the main reason for Dropsy in most cases. The organs like the heart, the Kidneys, and the liver might be malfunctioning or developed some chronic diseases causing fluid retention in the Coelomic cavity.

Polycystic kidney disease is one of those diseases where the kidney vessels and the Ureter get blocked by multiple cysts. This leads to chronic kidney disease and prevents the kidneys from functioning properly. So the urines get trapped, and the body starts to swell.

Another common reason for Dropsy is the Aeromonas Bacteria. Some viruses can also cause excessive fluid retention in Bettas. Some parasites, like The Amoebic attacks, are also responsible for this disease.

The environment of your tank has a vital role to play here. Poor water quality is a big reason behind Dropsy in Bettas.

Another big reason is malnutrition. If your betta isn’t getting enough food, its immune system will weaken, eventually. Also, fish that are recently transported are more prone to Dropsy.

What Are The Symptoms?

It is really hard to differentiate Dropsy from other bloating diseases. But a good observation of the developing signs can help you to ensure the disease. The prognosis of this disease can be done by observing different stages of developing symptoms.

Initial symptoms: Your betta has likely stopped feeding. However, there may be several explanations for this, so proceed with caution before examining your betta for dropsy right away.

However, bear in mind that these symptoms could also be related to stress. If your betta is only stressed, an unnecessary dropsy diagnosis will aggravate the situation and may harm their immunity.

Two things to note that, when the inflammation of the spine is sideways rather than vertical, it is a sign of tuberculosis, not dropsy. also, a bloated or distended belly should not be misdiagnosed as dropsy as it also might be constipation.

If you note the key three signs together, you can begin treating your betta for dropsy as soon as possible.

Is Dropsy Curable In Betta?

I’m not here to give you any false hope. There is only a thin possibility of surviving if your Betta has already developed the confirmatory symptoms of Dropsy. But if you start treating your Betta early enough, it may survive. But any medication here is a sort of experiment.

Most Betta keepers think that Betta fish can never survive Dropsy. But some of them tried various ways of medication, and fortunately enough, their pet survived. But it entirely depends on which stage of Dropsy your Betta fish is. If it has lost the power to fight back or completely gave up on food, then experts recommend you to think about euthanizing your fish.

From several Betta keepers’ experiences, I’ve come to know that only 20% of Betta fish survive Dropsy. That means Dropsy can prove to be fatal in almost about 80% of cases. They mostly survive for about 2 to 3 days after showing the main 3 signs of Dropsy. Some betta were reported dead within a few hours.

Build a quarantine system and acclimate your betta by putting him in a bag with a little bit of your primary tank’s water. for maintaining a nice and oxygenated quarantine tank, include some aquarium salt. If you do have dropsy in your fish, treat it with a powerful antibiotic such as amoxicillin. If your fish has dropsy, you must change the tank’s water regularly.

Typically, this type of treatment takes ten days. You should keep a close eye on the fish to observe whether they’re improving or deteriorating. Follow the product’s directions to the letter.

A methylene blue bath is also another treatment choice. Methylene blue can treat dropsy because it is effective against bacterial infections and a variety of other common illnesses. Mind to follow the directions on the container and also never continue it for more than ten seconds.

Note that Methylene blue should be added in an extra tub, not to the main tank. If you do otherwise, your filter will be ruined and unusable. It is harmful to the organic material in the tank and also can put stains on materials.

KanaPlex by Seachem is an effective drug. If you plan to start giving drugs to your betta, avoid putting Epsom salt in the water. All those chemicals could be worse than no substitutes because they might strain the betta’s inner organs.

If the fish does not appear to be resistant to feeding, mix bettas food items in HealthAid Metro by Hikari Metro or something similar even if the methods do not come with 100% assurance, they are worth a shot.

The Right Time To Start Medicating The Betta

Start quarantining your Betta as soon as it shows the initial symptoms of bloating. It’s probably a bad idea to observe how worse Dropsy can develop. Remember, the survival rate is closely related to the stages of Dropsy.

So the earlier you start the medications, the more is the survival rate. There’s no exact data on how long the medication process will take. Keep trying different methods. But you have to keep one thing in mind, if it doesn’t show any sign of recovering, STOP the process.

Prevention Is Always A Safer Option

Dropsy is one of the most prevalent and hardest to treat diseases. As a result, you should always think about how to prevent it from happening in the first place. Here are a few hints on how to keep dropsy away from your betta:

Keep the tank clean at all times. This involves making daily water adjustments, cleaning the filter, also operating a vacuum to clear out old foods and junks.

Feed your betta just twice a day. Overfeeding will bloat your betta’s stomach. Also To minimize the chance of overfeeding, ensure your betta is fed a varied diet. As they are omnivorous, in addition to fish flakes or pellets, can also eat meat. Bloodworms, daphnia larvae, and mosquito larvae. These meal choices are also great choices for them.

Ensure your tank isn’t overcrowded with fish. The greater the number of fish, the greater the bioload. The quantity of waste generated by fish is referred to as the bio-load. A huge bioload will increase the likelihood of bacteria and fungus growing in the tank. In addition to raising the betta’s level of stress.

Before you start the medications, it’s really important to make sure whether it is Dropsy or other bloating diseases. Often people misunderstand Dropsy with Constipation, Malawi bloat, bladder disease, Tumors, and pregnancy.

Time To Euthanize Your Fish?

This is probably the hardest decision to make. Once your fish loses the will to fight back, you should consider euthanizing it. But before you euthanize your fish, make sure you have done enough to cure it. In the later stages of Dropsy, you will see your Betta struggling badly with eating, excreting feces, and excessive breathing. You can use Clove oil to euthanize naturally.

Seeing your pet fish struggling with Dropsy is probably the least you expect. But just like humans, fish become weak as they age. And Dropsy can be a sign of its decreasing immunity. But it’s never impossible to cure Dropsy.

Especially if you can diagnose it at the very beginning. So don’t be lazy to give you betta the above-mentioned treatment if you see the symptoms of Dropsy. Who knows! your Betta might be fortunate enough to survive.

link to How To Treat A Sick Tree Frog? [Symptoms, Prevention, Tips]

As a frog owner, you should remain prepared beforehand if your pet tree frogs ever fall sick. It is not an easy task to recognize the symptoms and start early treatment of your frog. Also, it will be...

Continue Reading
link to How To Pet Tree Frogs Safely? [The Foolproof Guide]

The little body of tree frogs with colorful stripes, big eyes, and claw-shaped toes easily attract people to keep them as pets. Being a low-maintenance frog is another reason for the favoritism of...