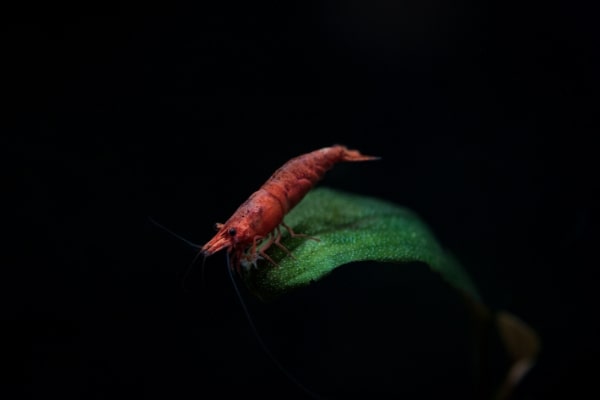 Shrimps are excellent in hiding themselves, so whenever you are unable to find your shrimp in the tank, don’t assume it to be dead. Here are the questions you should ask: How do we know when a shrimp is dead? Do they float in the water? Or do they sink at the bottom?

What Happens When A Shrimp Is Dead?

Research shows that when a shrimp dies, it initially settles at the bottom of the tank and when the dead remains of the shrimp start decomposing, it is only then the shrimp’s body starts floating in the water.

However, a floating dead shrimp is a rare sight because the dead remains of the shrimps would be scavenged by other shrimps and fishes of the tank.

Now let’s take a look at some other important facts about shrimps before we can ace shrimp keeping.

Why Do Shrimps Die?

Shrimps are more sensitive as compared to other fishes. There can be a lot of reasons which can cause the death of your shrimp. When a shrimp is imported, it may take time to adjust itself to its new habitat. Sometimes the journey can be very stressful for the shrimp leading to its death.

Another very common cause is the frequent changing of the water of the tank. If the amount of nitrate and ammonia present in the water is too high, it can cause stress to the shrimp and may kill it.

How to Identify a Dead Shrimp?

Brine shrimps are very active and they always move in the water. When they die, they fall at the bottom of the tank. But this may not be true in all cases.

Molting is very common in shrimps. If you see a shrimp motionless, your shrimp isn’t dead, it may have just molted. However, identifying a dead shrimp is not very difficult. A dead shrimp changes its color to pink which is easily noticeable.

How Soon Should I Remove a Dead Shrimp?

Some of you may think about whether having a dead shrimp in the tank is good or bad?

So, you should remove the dead shrimp from your tank as soon as you are certain that it is dead.

Shrimp can float when they are dead but they don’t initially. When a shrimp is dead, we should get rid of it quickly before it starts to affect the fish tank. If we are unable to see the shrimp it can be hiding somewhere too.