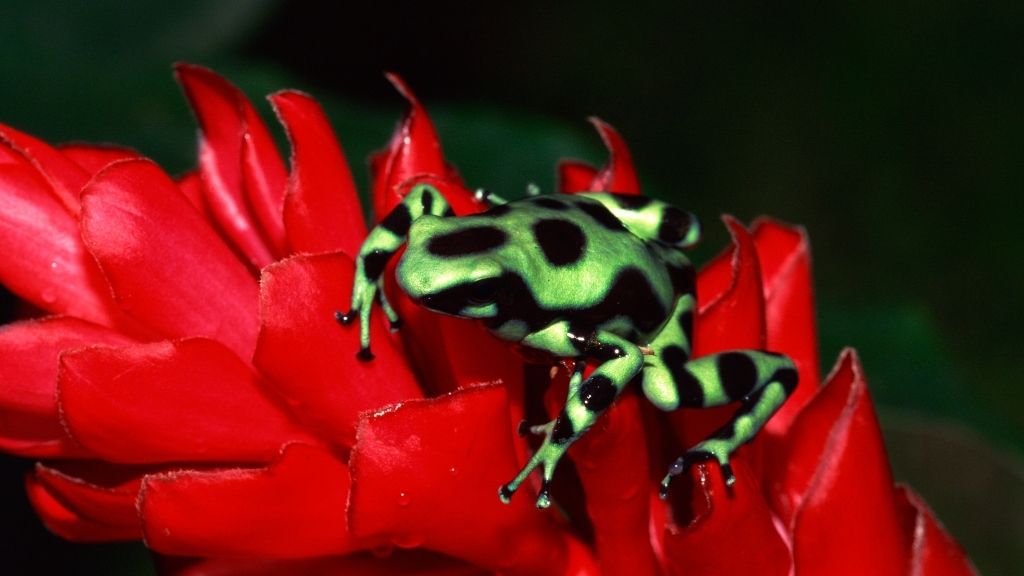 While the blazing color of poison dart frogs makes you amazed, a quick question might come to your mind – can they kill you? There is a common assumption that such bright coloration of animals relates to their toxicity. Hence, I have conducted some researches to know whether the deadly poison dart frogs can kill you or not.

Although you have this confirmation that some species of them can kill you, don’t get panicked so soon. I’ll explain every detail of their toxicity, probable danger, and more information to recognize deadly poison dart frog well.

Thus, I urge you to go through this article to get to know more about dart frogs.

Which Is The Deadliest Poison Dart Frog In The World?

A single golden poison dart frog possesses 1900 micrograms of poisons. In addition, its one-milligram poison can kill almost 10-20 grown-up people. Or, you can count 10,000 mice getting killed with the same dose.

So, you might have understood well why the golden poison dart frog is the deadliest in the world.

Which Poison Dart Frogs Are Poisonous To Humans?

Only some species of dart frogs are too poisonous to cause death. If these poisonous dart frogs do not cause death, they will cause tremendous discomfort and physical complexity to the victim.

Hence, it is pretty hard to determine or recognize which species of them are deadly poisonous. Thus, I’ve summed up a small list of them.

So, let’s take a quick look at which species of dart frogs are deadly in the following list.

Although I’ve found these 16 species as deadly, there are other species in this category also. Here, maximum poison dart frogs belong to the Dendrobatidae family.

So, you can say that dart frogs of the genus Dendrobetes possess a high level of alkaloids. That is what makes them deadly poisonous.

In this list of deadly poisonous dart frogs, Phyllobates terribilis is the most dangerous one. It’s the scientific name of the golden poison dart frog.

These mentioned three species of dart frogs have the highest intensity of toxicity.

On the other hand, Colostethus species of dart frogs are not poisonous. Hence, they show little coloration as they are non-toxic.

How Fast Can A Poison Dart Frog Kill You?

Can you imagine such a scenario where you are dead within a few minutes after touching something poisonous? This happens exactly in the case of poison dart frogs.

It needs just 10 minutes to kill a person for a poison dart frog. Only a little amount of toxin which is equivalent to two grains of salt can kill one person.

Without any opportunity of treatment, a poison dart frog can kill you too fast. Again, there’s no cure to this poison also.

You might wonder what makes a poison dart frog too poisonous to kill you. There remains a question that if it can create poison on its own or not.

Researches show that the diet of a poison dart frog makes it poisonous. Otherwise, these dart frogs are exogenous which means they can’t produce the toxins themselves naturally.

If you take a look into their diet, you’ll know that the dart frogs are insectivorous. Generally, the poison dart frogs tend to eat vermin like ants, beetles, mites, caterpillars, termites, other small arthropods, etc.

How Deadly Are Poison Dart Frogs?

People often become afraid after touching or licking a poison dart frog. Are they going to live or die?

So, you need to know how a poison dart frog kills you. This will explain how deadly they can be!

Generally, all frogs possess poison glands in their skin. But, their poison isn’t too strong to kill a person. On the contrary, the deadly species of poison dart frogs contain highly strong poison.

Poison dart frogs secrete their poison when they are attacked or disturbed. Especially, they warn their predators showing off their bright skin color as a sign of danger. If this doesn’t work and their predators eat them, things can go wrong.

In short, we can say that you’ll be dead if you end up eating a poison dart frog. Just a small amount of batrachotoxin can be able to kill a person. Hence, you need to avoid swallowing any poison dart frog. No matter if it is deadly or not.

Not to mention, this mentioned toxin is highly potent than cyanide. So, you’ll be dead within a few minutes if you eat it.

Before getting into the working process of their venom, we need to know the types of venom. Because the potency of their toxin varies from each other. Some dart frog secretes such poison which causes immediate death. Again, some dart frogs’ poison has less potency that causes only temporary numbness.

Hence, I’ve gathered together the name of the poisons of poison dart frogs. Let’s take a look.

These toxic compounds destroy our sodium channel. On the other hand, this sodium channel makes our nerves communicate with each other. Since the nervous system gets attacked, muscle contractions and convulsions also happen fast.

So, when this communication breaks down, the victim’s body gets paralyzed. The whole thing happens in the case of entering batrachotoxin into a human body.

Their venoms do not only attack the nervous system. Besides, the toxins disrupt the electrical signals in the heart.

As a result, the victim suffers from a cardiac arrest or heart attack. Thus, this heart failure causes death within a few minutes.

Can A Blue Poison Dart Frog Kill You?

A blue poison dart frog belongs to the genus of Dendrobetes. All species of this genus secrete deadly batrachotoxin.

A blue poison dart frog can kill you. After all, this is one of the most poisonous dart frogs in the world.

The poison of blue poison dart frogs enables to paralyze or kill its predators. If you make them feel endangered, you can be on the list of their predators.

Thus, you can be dead within a few moments. On the other hand, this case will be different while they’re kept in captivity.

What Happens If You Touch A Poison Dart Frog?

Many of you remain confused thinking if it is safe to touch a poison dart frog. In this case, I’d like to remind you again that not all dart frogs are deadly.

Touching a poison dart frog doesn’t kill you. But, it can create health issues like nausea, swelling, muscular paralysis, etc.

Hence, I’d suggest not to touch any poison dart with bare hands. Or, don’t hold them for too long.

What Happens If You Lick Or Kiss A Poison Dart Frog?

Sometimes people lick or kiss a dart frog dreaming of turning it into a prince, like a fairy-tale! So, if you ever do this, what will happen to you?

If you lick or kiss a poison dart frog, you’ll feel discomfort in your throat, like a sensation of burning. Also, your throat will be swollen for a few days. But, the scenario can lead to your death if you lick their oozy, milky secretion. Because this white, sticky stuff is their poison.

Hence, it’s better not to do such an act. Depending on the potency of their poison, licking a dart frog can cause paralysis, cardiac arrest, etc. So, don’t risk your life.

Can A Poison Dart Frog Kill An Elephant?

A golden poison dart frog can kill one or two elephants with its small amount of poison.

Many pieces of research show that all golden poison dart frogs live in tropical forests along the Pacific coast of Columbia. So, if an elephant gets into any slightest touch with this frog, it’ll be dead surely. Mainly, a deadly poison, named batrachotoxin, is the main culprit behind this, secreted by the poison dart frogs.

Are Poison Dart Frogs Immune To Their Poison?

If these 2 inch big frogs can carry deadly poison, are they immune to their poison? This is an interesting question indeed. Hence, I’ve tried to find out the answer and the probable reasons.

The presence of amino acid, named N1584T, in poison dart frogs is responsible for this immunity. Among 2500 amino acids, three of them get changed in such a way so that they can prevent the venom from working on the frogs’ receptors.

Eventually, this mutation makes the poison dart frogs resistant to their lethal poison. This amino acid mutation is the only reason why dart frogs don’t poison themselves.

What To Do If You Encounter A Poison Dart Frog?

As stated earlier, all species of poison dart frogs aren’t deadly. Again, it’s pretty hard to determine which one is deadly. So, you need to maintain some awareness while encountering a dart frog.

How Do You Treat Poison Dart Frog Poisoning?

Unfortunately, there’s no way or antidote to neutralize the toxin of poison dart frogs.

So, if the poison enters your body in any way, you’ll be in big trouble and need to seek immediate medical attention.

There’s no other alternative to rectify this chance. Although there’s no anti-venom, anti digitalis medication can work to neutralize circulating those poisons. In short, it’ll better to stay safe from any physical contact with certain species of poison dart frog.