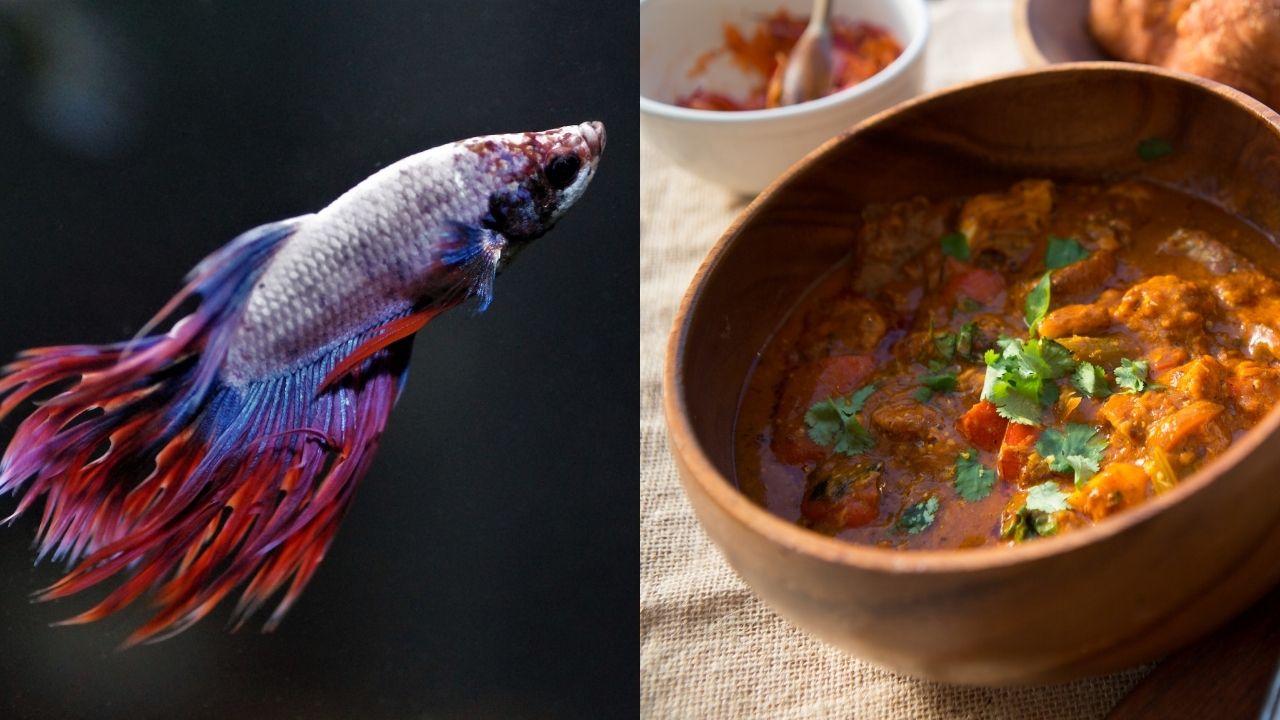 You’ll probably find Betta fish dazzling everyone with their beauty in any aquarium. Betta fish are one of the most popular breeds in the USA and Japan. But they are fish, and humans are always curious. So, can you eat Betta fish?

You can eat Betta fish. They are safe to eat but do not have much nutritional value. They have been bred as pets or fighters, so they are not meant to be eaten.

Eating a fish that is kept as a pet comes with some uncomfortable questions. But maybe you’ve eaten or found Betta fish on your plate by accident, and you just want to make sure. Or this is just a question. Either way, let’s try to sate your curiosity.

Betta fish are not inedible, but you may not want to eat them. They are quite small and don’t provide a good nutritional value.

Betta fish are anabantids, as they have a breathing organ called the labyrinth. This allows them to thrive in low-Oxygen conditions. Betta fish were originally found in rice paddies in the 1800s.

But living in a low-Oxygen, changing environment requires strict adaptation. Hence Betta fish are smaller and aren’t much voluminous either. The small size makes Betta fish an impractical choice for eating.

Another issue is their diet. Betta fish can thrive by eating almost anything they come across. They are hardy fish that can eat worms, larvae, insects, or smaller fish in the wild. But this diet won’t make them nutritious for consumption.

But can you eat Betta fish? You certainly can if you want to. In fact, the Giant Gourami is the biggest anabantid in the family, and it is eaten by the natives of Southeast Asia.

Can you eat Betta fish when they are venomous or poisonous? You’ve probably heard this question before. There are two reasons why people may assume Betta fish are toxic.

Betta Fish, especially the males are well known for their vivid colors. They are also well known to flare up their gills and fins when they become aggressive.

The Color’s not a Warning

Vivid colors are indeed common for poisonous species. Spotted Trunkfish, Pufferfish, Zebra Surgeon, and Boxfish are all either marked or vividly colored.

But the color of the Betta fish comes from selective breeding. Betta fish were initially bred for fighting during the 1800s. They were then bred for keeping as pets from 1910. The captive Betta fish have developed their vivid colors in this process.

Betta fish are dull grey in color in the wild. They are found in shallow waters, and they are ambush hunters. The dull grey helps them to blend in with their environment as they hunt.

Betta fish flare-up to look intimidating when they feel threatened.  Many venomous or poisonous species warn others when they become wary. Like Pufferfish, the most venomous fish in the world blows up like a balloon.

Betta fish also aren’t so aggressive in the wild. Captive Betta fish have been bred for fighting, so they react to any threat with extreme prejudice. But wild male Betta mostly threatens other males over territory and not much else.

So, both their aggression and coloring come artificially from selective breeding. Neither are natural signs of toxicity. Also, Betta fish have no way of becoming venomous, in captivity in the wild.

Poisonous or venomous fish typically gather their toxin from their diet. They accumulate toxins by eating other toxic aquatic animals or plants. Betta fish do not consume anything toxic, so they can’t produce toxins.

In essence, Betta fish aren’t toxic. You can eat captive or wild Betta fish without fear.

Should You Eat Betta Fish?

Other issues aside, owners are sentimental about their Betta fish for good reason. While Betta fish are admired for their beauty, it’s only a superficial reason. But eating a breed that’s smart enough to recognize and play with their owners just feels wrong.

At the end of the day, eating Betta fish is a choice you’ll make. But can you eat Betta fish knowing they are intelligent breeds that are loved by people? Whether you’re curious, or you’re planning a meal with one, hopefully, you can answer the question before you choose.