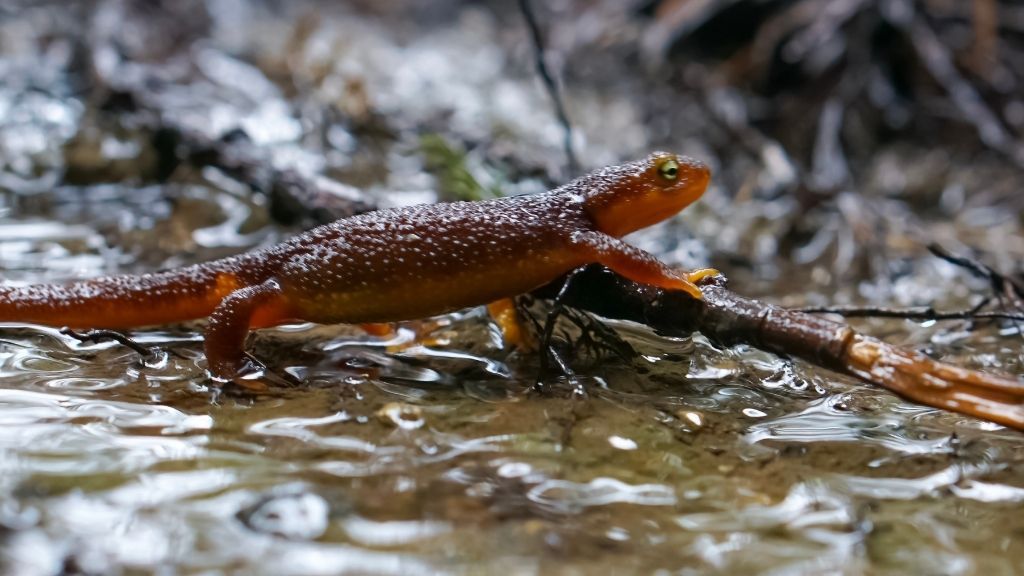 Many people speculate whether newts live in water or land. Again, people are curious to know about their habitat and origin to find them to keep as a pet. That’s why we have conducted some researches to find out the answer to this question – where do newts live?

Newts live in both water and land. You can find them in several countries of Europe, North Africa, North America, Asia, and so on.

If you have any questions regarding newt’s habitat, you’ve come to the right place. In this article, we’ll try to enlighten you where newts live, which place is suitable for newts, and many other things. Hence, we urge you to go through the further details of this article.

Where Do Newts Live Throughout Their Life?

Newts are lizard-shaped amphibians. So, following the nature of amphibians, newts can survive in both water and land. Newts live a specific phase in water. Then, they start living on lands.

Also, their lifecycle starts turning into larvae from eggs. In that phase, all larval newts live in the water. Besides, these aquatic larval newts have gills to survive underwater.

The juvenile newts are terrestrial which means they can dwell and survive on land. In addition, the adult newts can live on land too.

Again, some species of newt are fully aquatic. So, they live their entire life in the water. Other species are semi-aquatic. Thus, those semi-aquatic newts balance their life between land and water.

Which Newts Are Fully Aquatic And Semi-aquatic?

Though the list of fully aquatic newts is small, there are many terrestrial or semi-aquatic newts. Such as – red-bellied newt, rough-skinned newt, sierra newts, Danube crested newt, southern crested newt, emperor newt, and so many on.

Where Can You Find Newts?

You’ve already got to know that newts are either fully aquatic or semi-aquatic. Thus, many people ask us where they can find newts.

You can find newts in freshwater like ponds, ditches, small lakes, swamps, and so on. Also, mud bottoms are notable habitats for newts.

Usually, larval newts and aquatic, adult newts live in the above-mentioned watery places. You might also find them around your pond and bogs.

On the other hand, some species of newts start living on the land when they become adults. In the case of living on lands, you can find them in woods, wet heathland, parks, farmlands, marshes, etc. But, newts return to water again in their breeding season.

What Is The Best Habitat For Newts?

There’s no wonder that newts manage to find suitable places as their habitat. You might wonder what can be the best habitat for newts among those places.

After researching a lot, we’ve concluded that pond is the best habitat for newts. Because it works kind of a dual habitat.

Since newt is an amphibian, a dual habitat can be perfect for them. In the case of the pond, newt can lay their eggs in the water. On the other hand, the surrounding dry area provides a source of food and shelter from predators.

Also, the damp surroundings of the pond give newt a comfortable dwelling to stay.

In addition, newt finds their foods like insects, tadpoles, shrimps, snails, small crustaceans, etc from the pond. Again, they can prey slugs, insects, worms, etc from the surrounding land of the pond.

However, newt has their timing to arrive in the pond. Because newt waits for other amphibians to leave the pond. For this, their late breeding season is a kind of advantage for them.

Can Newts Live Out Of Water?

Some pet lovers tend to keep newt as their pet. So, it is a matter of concern for them to know if newt can live out of water.

As newts are amphibians, they can live out of the water as well. But, this is not the case for fully aquatic newts.

Among varieties of species, maximum newts can live in water and on land. So, you need not worry if your pet newt wants to leave the water.

Again, in the wild, fully grown newt live out of the water after their breeding. Specially they start life on the land at the end of the summer. Also, newts hibernate in the winter living on the land.

So, yes! Newts can live out of the water.

What Makes A Good Newt Habitat?

Not all habitat is compatible for newts. If you’re wondering what makes a good newt habitat, here you go.

All of these characteristics define a good newt’s habitat.

How Do You Make A Newt Habitat?

Many people want to encourage newts into their garden. Thus, you need to make a good newt’s habitat at first. For this, you’ve to keep a few things in your mind.

Following these tips, you can certainly make a good newt’s habitat.

In Which Area Are The Newts Found?

If you want to keep a pet newt, you must know its origin. Newts can only be found in some countries, mainly in some subcontinents.

You can find newts in Europe, North Africa, North America, Eastern Asia, and so on.

Furthermore, the habitat varies according to the species of the newt. For example – you can find eastern newts throughout the eastern United States. Again, pacific newts can be found in North America, from Alaska to Southern California.

We hope that this article has been helpful for you to get a clear idea of where newt lives. However, we should also be responsible to protect their habitation.