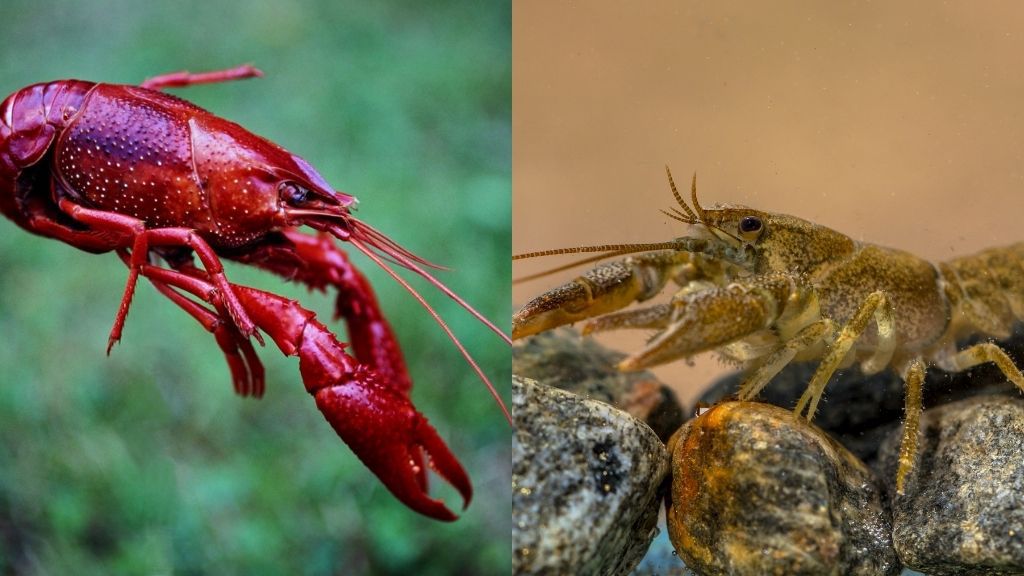 Reading this article means you may have noticed that some people call the tasty lobster-looking creatures crayfish, and some people are calling these crawfish. I will not debate which one is the correct word “crayfish” or “crawfish”, but I will state the difference between crayfish and crawfish.

Difference between Crayfish and Crawfish

There is absolutely no difference between crawfish and crayfish. The term crayfish originated from a French word, and Scientist Thomas Huxley gave this name in the late eighteenth century. A biologist named Thomas Says first coined the term “crawfish” in the early eighteenth century.

In the present world, crayfish are used by people more. The name changes as per the state, but the fish stays the same.

There’s a famous saying that goes by, “if you are in Rome, then you should act like a roman.”

If you have now understood that there are no differences between crayfish or crawfish, let’s dive into knowing some facts about these beautiful creatures.

These freshwater animals belong to the crustaceans group. Even if these fishes look like a lobster, they are smaller in size than lobster.  They also belong to two superfamilies, known as Parastacidae. You will mostly find them in freshwaters like river streams or paddy fields.

North America is famous for these things. Most of the species of crayfish or crawfish are found in this part of the region. You will find around three hundred kinds of species here in North America. Because of their popularity, you will frequently see logos and ornaments made of these.

Australia is famous for its diverse animal kingdom. Well, it’s also not different for the craw or cray dishes. There are over a hundred species of these in Australia. Not only that, but it also holds the record for having the world’s largest three crayfishes, which are Murray crayfish, Tasmanian giant freshwater crayfish, and Marron Crayfish.

Louisiana, a southern state, is known as the state of crayfishes. Even Louisiana has declared the crayfishes as the official state crustacean. If you pass by Louisiana, you can see the glimpse of crayfishes everywhere, from the billboard to the flags of a fishing boat.

The tastiest dishes of crayfishes can be found in Louisiana. The famous “Louisiana crayfish boil” recipe originated from this state. Each year Louisiana manufactures a hundred million pounds of crayfishes. So, it’s not a wonder why the crayfishes are so popular around there.

In some parts of the world, crayfishes are kept as pets. It looks beautiful with these creatures floating around the water. Crawfishes will eat anything in the aquarium, even the plants. So, it’s better if they have a separate aquarium tank for themselves.

The Cambarellus patzcuarensis species are mostly kept as pets because they are small in size and don’t have destructive nature. In Singapore, they keep Cherax quadricarinatus as a pet.

I hope by reading this article you have understood the difference between crayfish and crawfish. It doesn’t matter whether you want to call them “crawfish” or “crayfish”; they don’t mind! The important thing is they are now a threatened species in the world because of the pollution. So, I hope we will all protect them by protecting the environment.