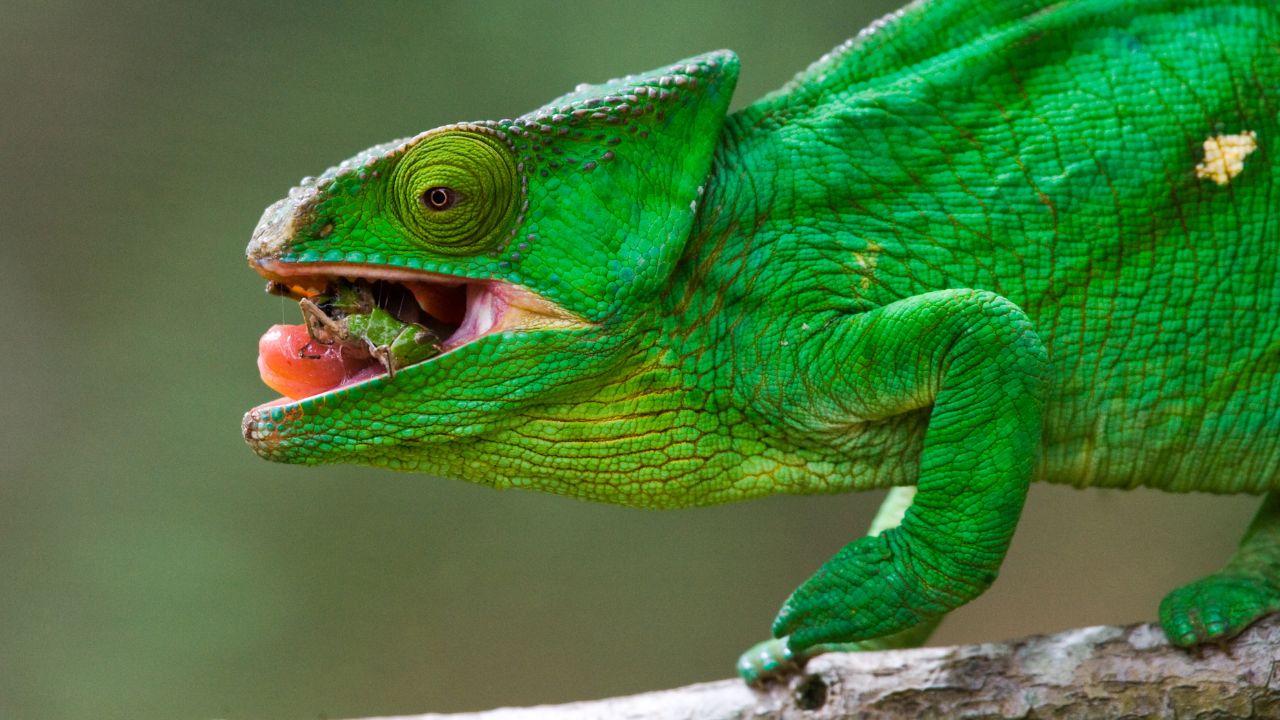 When it comes to owning a pet, the intention to grab a four-legged friend is not always enough. Sometimes you need to look through your pockets too, especially when you’re asking for a chameleon as your next pet. For obvious reasons, you’ll look forward to the cheapest one we guess.

But what is the cheapest chameleon out there? Well, we’d say it’s the veiled chameleon. If you’re knocking on the right door, you might be able to get one of them within a price range of $60 to $270.

Now the question is, what if you’re asking for a baby chameleon or a juvenile? Will the price still stick to that range? And are all the stores selling them at the same price? Well, let’s find those answers!

Which One is the Cheapest Chameleon of All?

No one on their first time should go for a pricey chameleon as not knowing how to take care of them might simply harm the reptile. So, the best thing to do is to get cham that is not only cheap but also easy to take care of. In such a case, we’d say you can go for the Veiled chameleon as it’s the cheapest one among all. But the variation of the price depends on a bunch of things like –

One of the biggest factors that can impact the pricing of a veiled chameleon is its age. When you’re asking for a baby chameleon, you won’t have to shed thick bucks for sure. But it’s quite the opposite for subadults and juveniles, as they are comparatively more expensive. The price goes up as any breeder can prove that the cham’s growth is right on point following the growth chart.

Hatchling chameleons come at a cheaper price due to their fragility and higher chances of dying unless any expert is taking care of them. On the other hand, adult ones won’t cost you a hand and a leg because they’ve already lived for a longer period of time and might not survive for too long, unlike juveniles or subadults.

The sex of the lizard can make the price curve go up and low. Usually, the male ones cost more compared to female ones as their life expectancy is comparatively higher. Besides, they don’t have to deal with sickness too often. And another good thing about the males is they’re brighter and got eye-catching colors if you’d compare them with female reptiles.

On the contrary, female chams often struggle with health issues. Well, we can’t blame them for that, as need to invest lots of their nutrition and energy in developing eggs. So, there’s nothing much left they can utilize to maintain their own body. By the way, if you want to know more about why males cost more than female chameleons, feel free to click here.

One more thing! If you think the price of a female chameleon never goes higher, then we’d say you’re on the wrong side. When you’d check into the breeder’s collection, some of them hold certain female chams that can bring out babies with unique colors or patterns. Those female reptiles are going to cost a fortune for sure. They can possibly be more expensive than a male.

The reason here is quite simple. These female cams will lay eggs for their future owner too, and bring in babies that will make them some thick bucks.

There’s no way to deny that chameleons are good at showing off their mesmerizing colors. But not all of them come with the same kind of coloration capability or morph. The more unique color they’d produce, the higher the price range will jump up.

Actually, this variation of pricing is quite logical, as breeding the desirable traits is a long-term process. For obvious reasons, it costs lots of money too. So, when breeders are asking for some extra cash depending on the unique morph, there’s nothing to be surprised about.

Are the Other Species Too Much Expensive than the Veiled Chameleon?

Depending on the species, there will be variation in price for sure. Looking at the price list of different major stores might give you a clear hint on that one.

You’ve probably noticed already that among all the other chameleons, veiled ones are coming at a lower price. Well, as we said before, they’re the cheapest of them all.

What Are the Other Costs Related to Owning a Chameleon?

If you’re thinking that buying a chameleon is the end of your cost flow, then sorry to say, but it’s just the start. There are a bunch of things you need to ensure to keep a chameleon healthy and happy, and most of them don’t come for free. Let’s check out what you’re going to need ahead for your lizard and how much they’re going to cost you.

The first thing you’re going to need is a place to put your reptile, which we call the enclosure. Usually, an enclosure is meant to replicate the natural habitat of a chameleon to a certain extent where it can feel safe and secure.

Depending on the size, the price of the enclosure might vary from $60 to $300. When you’re getting a baby chameleon, with its growing age and size, you’ll have to go for a bigger enclosure to give more space for it to roam freely.

Once you’ve got the enclosure covered, you need to take care of the lighting as well. The right lighting setup won’t only provide them with sufficient heat but will also provide enough UVB light. This kind of light setup will cost you around $130.

If you’re missing the UVB light, the cham won’t be able to produce vitamin D3 to utilize its taken calcium. And if the lizard somehow fails to use the calcium, it’ll get weaker with every passing day and eventually die. So, try to use an effective lighting system with efficient bulbs like Fluker’s Basking Spotlight Bulbs.

We bet you’ve heard the fact that chameleons are prone to stress. Guess what can trigger their stress better than anything? Yup, it’s the dehydration. So, don’t even think about skipping the watering part. But the problem is, the watering system of chameleon is nothing like the same of regular pets.

You just can’t throw a bowl of water and let them have their sip. You need to install a proper misting system that can spray over their cage throughout the day, within certain intervals, of course.

These systems can cost around $8 to $160, depending on the type of misting system you’re putting in there. You can try out something like the Mist King Misting System, which we believe will be perfect for serving your purpose.

If there’s anything that can give the enclosure a more natural vibe than anything else, then we’d say it’d be the right plants and vines. On top of that, these plants make it easier for the reptile to consume water from the leaves as that’s how they keep themselves hydrated.

On top of that, they use the plants as hiding spots when they get stressed, and they help the reptile to calm down. So, don’t show any miserliness in providing sufficient plants and vines. The cost might be around $120. You can try both real and fake plants, as they’ll be okay with both.

When you want to see your lizard healthy and happy, using the best snacks is what can make that easier than ever. Try to give them nutritious food as that will keep them strong and grow better. The food usually costs between $3 to $25, depending on the kind of food you’re picking. Try live foods more as the chameleons find them tastier.

You probably know that live food is way better for the chameleons as that can provide them with maximum nutrition. Plus, the kind of calcium they need for staying active and strong, live foods like cricket and worms are the best options for delivering that.

But for keeping them alive, you need an enclosure too, right? Well, that’s also a matter of investment. You won’t have to dig too deep in the pocket for this. Spending like $10 to $20 should be enough.

The right temperature is highly essential for reptiles to survive in any atmosphere. If the temperature goes too down, they might die as they use too much of their energy to keep their body warm. On the contrary, too much heat might make them feel stressed, which is also a major reason for different diseases.

So, to make sure that your reptile is not suffering at the wrong temperature, use a digital thermometer to check if the temperature is on point or not. This one is cheaper compared to the other components and will cost you about $8 to $30.

You’re not going to be there all the time to turn on the lights, are you? If not, then you’re going to need a digital timer for sure. So, don’t forget to add it to your cart. Don’t worry; it shouldn’t cost you more than $25, especially when you’re going for something like the Zilla Reptile Center Timer.

The cheaper ones are always the best to start as a chameleon owner. But make sure that you’re getting a healthy one while deciding on the investment. After all, it’s not just something that will stick to you for a shorter period of time. Also, before putting your hands in the pocket, make sure that you’re certain about spending on all the other relevant aspects as well.