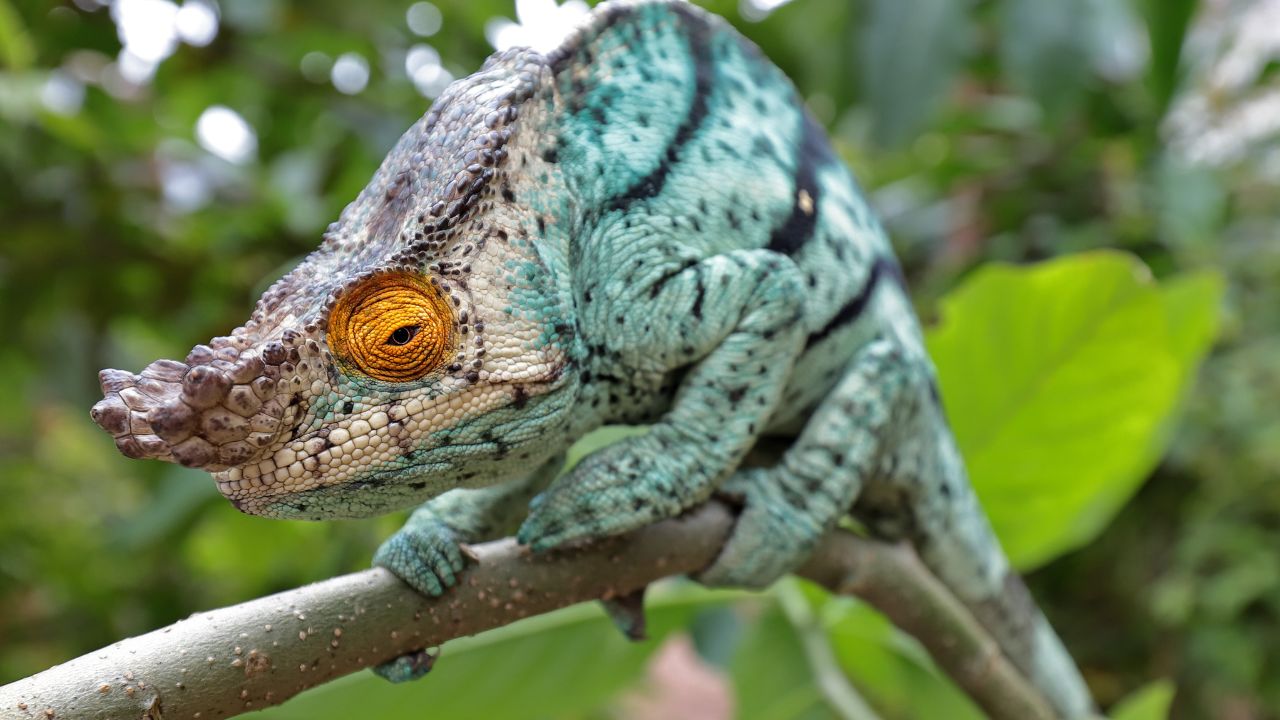 You’ve probably already reached the conclusion that you won’t have to spend more than $30 to grab a chameleon. That’s okay when asking for nothing but the cheap one. But what about ones with a big price tag? Yes, we’re talking chameleons that can make you call them the most expensive chameleons you’ll ever find.

But does it mean all the other chameleons can be dropped in the ‘cheap’ category? Well, not exactly. Some can surely come at a decent price. But you’re not here for them, are you?

So, let’s just dig in a bit deeper on the ‘expensive’ list.

5 Most Expensive Chameleons in the World

When you’re googling about the priciest color shifters, we don’t think they’ll show you anything that crosses the three-figure price range. Well, we’re not google. So, we think it’d be better for us to start with the bigger numbers.

How much can you possibly expect a chameleon’s price to be? 150 to 200 dollars at max, we guess. Well, Parson’s chameleon doesn’t fit into that number as it can cost up to $2000. Yup, you’ve read it right.

The biggest living chameleon species you’ll see walking on the earth – that’s what works as the perfect title for Parson’s chameleon. At adulthood, this species can reach a length of over 60 centimeters, with snout-vent lengths of 20-30 centimeters on average. At maturity, this reptile has the potential to weigh over 700 g.

What has given the Parson’s chameleon a pinnochio-like look is its enlarged nasal appendages. Clearly, they stand out from other species due to their gaudy noses. And guess what’s more interesting about them?

When it comes to the male ones, they have been seen with forked noses, or even two noses, reported on extremely rare occasions, of course. Also, the male Parson’s chameleon appearances are sometimes characterized as more vivid or striking than those of the female ones.

There are two types of Parson’s chameleon, to be exact. The first one is the Calumma parsonii parsonii which is smaller with its 68 cm length at most and less colorful. On the other hand, the  Calumma parsonii cristifer is the larger one that can reach up to 47 cm (length), comes with a dorsal crest, and is colored bluer overall.

Hold on a second! There’s one more thing that you’d find interesting about these reptiles. Yes, we’re talking about their eyes. Those eyes of the Parson’s chameleon stand out against their green skin, thanks to their vivid orange hue.

The joining of the top and lower eyelids pushes their bar of distinction a bit higher here. This reduces the region where the pupil can be exposed to the light. Like most of the other major chameleon species, the eyes of this lizard too can focus on two different things at once and can see in a full 360 degrees.

When it comes to the popularity contest, Tamatave Panther Chameleons are difficult to pass up on the leaderboard. The island of Tamatave, which is situated in the Indian Ocean just off the coast of Madagascar, is home to this wonderful variety of chameleons.

One of the interesting facts about the Tamatave Male chameleons is they’re reputed to be especially sociable. if you ever visit their enclosure to feed them, the male ones will approach you to inspect your arm.

Unlike certain chameleon species, Tamatave Panther chameleons don’t require round-the-clock attention. These chameleons are among the best in adjusting to varying climates, both in terms of temperature and humidity.

Even though Tamatave Panther chameleons cost more than lots of the other chameleons, they do not require the same level of specialized care as some of their species. And the price? Well, they might make you shed up to $600 to grab one of them.

If you’re asking for the most popular one among the subspecies of Panther Chameleons, the one name we can even with closed eyes is the Ambilobe. Lots of the chameleon lovers believe that these reptiles have the most stunning colors compared to any other chameleon species.

On top of that, all of them come with qualities that have made the Panther so well-liked, including a low-maintenance care regimen, a sizable body, and a manageable temperament.

Male Ambilobe panther chameleons are capable of displaying a variety of color changes in response to agitation or an increase in their internal temperature. This means if you manage to grab one of these color shifters, you can bet that they’ll pop up with some stunning coloration.

These chameleons often come up with a combination of red and green as their typical colors, along with showing off bright red around their cheeks, feet, and the bottom of their bodies.

On top of that, they have patterns that range from orange to yellow and are placed in the spaces between the blue and green stripes. And if you’re asking for the price tag, then you’ll have to shed around $200 to grab a baby only. But on average, a bit matured ones can cost up to $300.

It seems the panthers just don’t fit into the ‘cheap’ category at all. We’re saying that because the next one is also another panther chameleon. yes, it’s the well-known subspecies of the Panther Chameleon – the Ambanja Panther, scientifically known as Furcifer pardalis sp.

The Ambanja, like other Panthers, is a large reptile that has a long and prehensile tail that it employs to assist it in navigating its way between the branches. The color of the Ambanja is a brilliant electric blue. But that doesn’t mean they miss out on the traces of other colors like red, green, and purple here and there.

But what has made these reptiles so popular among the chameleon owners that they’re ready to drop more than $300 for it? Well, we’d say it’s the solid blue color that has turned them into desirable reptiles.

By the way, they don’t cost any extra bucks when it comes to caring. So, the budget will remain the same as other chameleons. And another good thing about them is it’s relatively easy to take of them too. But if you’re a newbie, looking at their price and humidity requirements, we’d say it’ll be better if you don’t think of getting it as your first pet reptile.

The island of Madagascar’s fame is simply sky-high as the origin place of the major chameleon species. Guess what? Another one of the most expensive chameleons has come from there. Yes, we’re talking about the Carpet Chameleon, which is scientifically known as the Furcifer lateralis.

They’re basically a species of Panther Chameleon and can easily be distinguished by their vivid coloration. Plus, they are highly abundant across their range and can be found living in a diverse range of settings, including high elevations, deserts, and rainforests.

Although these lizards can be quite a bit bigger than Pygmy lizards, they are still quite small compared to the other species kept as pets. They may be little, but their vivid hues more than makeup for their diminutive stature.

Carpet Panthers can come with dark patterns of yellow, red, blue, orange, green, or purple. There are also some darker markings on their sides. But how these color shifters will cost you? Well, if you can easily bag one of them when you’ve got $200 in your pocket.

What Makes a Chameleon Expensive?

Okay, We admit it! Chameleons aren’t the cheapest pets in the world. But some of them are so high in price that you might need to reconsider getting one of them. Now the question is – why are they so much expensive? Well, apart from the species, size, age, and gender, there are a few more facts that can influence the price of chameleons, including –

Things that are hard to find often come at a high price. Guess what? That goes for chameleons as well. So, if you’re asking for a rare reptile, you’ll have to be ready to shed some thick bucks.

The first that draws anyone’s attention toward a chameleon is its coloration. But do you, depending on these colors only, the price can simply reach the ceiling. So, if you’re looking at a chameleon with unique coloration, then you can bet that it’s going to come with a big price tag.

Unique bloodlines too can influence the price of a chameleon. You’ll understand that better if you’re a breeder. So, when the reptile comes with a unique bloodline, you’ll have to dig deeper in the pocket for sure. By the way, in case you’re not aiming for anything expensive, you can check out this blog of ours. It’ll give you an idea about the cheap ones.

When a chameleon comes with a thick price tag, that’s because it’s got something unique that is worth that kind of cash. But that doesn’t mean you can’t keep your eye open for a cheaper deal. Or you can simply go for a cheaper species that won’t hurt your pocket.