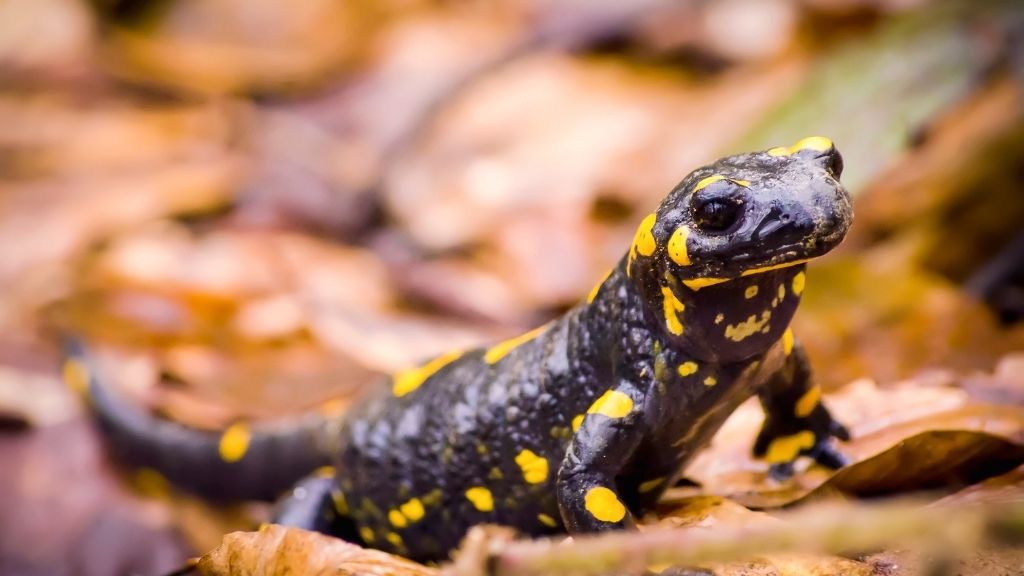 It’s pretty hard to fathom if salamander is a fish or not at the very first glance. We often make mistakes assuming this creature a fish, or lizard, or newt. Thus, we’ve dug out some facts to find out – is salamander a fish?

Salamander is a group of amphibians that is certainly not a fish. Because it can survive on both water and land. Its breathing system, reproduction, physical features, food habits, etc are very different than that of a fish.

If you want to know more about the mentioned facts, let’s do an exploration together about salamander in this article.

Salamander Can Survive On Land

The very first point to prove that salamander is not a fish is their survival on land. You must be aware that no fish can survive out of water. In the case of salamander, they’re equally comfortable on both water and land.

There are a few significant facts why salamander can survive on land, unlike fish.

What Does Salamander Need To Live?

As salamander can survive on land, you might want to know what do they need to live? Well, they balance their residence between land and water.

Because salamander needs moisture or humidity to survive. Even if they’re held captive, you need to maintain 70% humidity by misting.

On the other hand, fish needs to be surrounded with water entirely in their entire life.

If you take a close look, you must notice their moist skin. Because salamander usually absorbs or soaks necessary water through their skin.

For this, salamander needs or quests for moist place or habitat.

This is just another amphibian trait. Though fish also absorb water through the skin by osmosis, salamander doesn’t have gills to help with this.

After hearing their needs for moisture, you must be wondering about their warmth. Well, salamander needs at least 60-75 degrees Fahrenheit.

If it goes too down, this is also not a big problem. Research says that salamander hibernates at freezing temperatures just like another amphibian.

In case of their hibernation, the temperature might go down below 40 degrees Fahrenheit.

On the other hand, non-native tropical fish can’t survive below 55 degrees Fahrenheit.

Where Does Salamander Live Usually?

Salamander usually lives in the moist, shady, cool area. Since they need moisture, you’ll find them in water or near water. The salamanders make their comfortable shelter under the shade of a rock or in a creek, brook, pond, etc.

Salamander tends to live out of the sight of the sun. For this, they choose dump piles of earth to dig burrows for them. You also find them up in the trees and under logs or leaves in moist forests.

All they want to live in a soggy place out of the sun.

Where Are Salamanders’ Habitat?

We’ve researched its habitat and found out its biggest habitat. Guess what?

North America has the biggest habitat of salamander than any other continent in the world.

You can only find them in the temperate zone of Asia, Europe, Nothern Africa, and America.

You must be aware that fish breathe with their gills. Their gills help extract oxygen from the water that they gulp usually. The breathing process of fish is named aquatic respiration.

On the contrary, the respiration system of salamander can differ depending on their species. Whereas the fish have only gills to breathe, the salamanders have many organs or ways besides gills.

These symbolize the trait of an amphibian. After all, no fish have lungs. Without gills, no fish can breathe whereas salamander can easily breathe without gills.

So, a salamander is not a fish.

How Salamander Breathes Through Skin?

Some species of salamander have neither gills nor lungs. Don’t be surprised! Because they can also breathe through the skin.

In this case, the lungless salamanders exchange gasses via skin. Their blood vessels help spread gas throughout their skin.

For this reason, their skin must be moist or wet always. If their skin dries up, they can’t breathe.

Do you know what is the uniqueness of an amphibian’s skin? Their skin is permeable to both water and oxygen. For this reason, amphibians can survive on land and breathe through oxygen. Not to mention, salamander also possesses such skin.

Salamander’s smooth, slimy and moist skin reminds us again about its being an amphibian, not fish.

If we look at fish skin, they are covered with fish scales. Their body structure is perfect to cope up underwater.

Hope that’ll give you a bit more assurance why salamander is not a fish.

We can prove that salamander isn’t a fish by looking at their food habit. All species of salamander are carnivorous. On the contrary, fish are kind of omnivorous. But salamander does not eat vegetation at all.

Salamander eats all kinds of small prey, spiders, worms, centipedes, slugs, crickets, etc. But they don’t even touch any plant to eat.

This is certainly another unlikeness of being fish. Rather, being carnivorous denotes salamander’s being amphibian.

On the other hand, fish releases their eggs and sperm into the water. Thus, the embryos of fish get developed outside the mother’s body.

This doesn’t happen in the case of salamander fertilization. So, we’ve got another reason to claim that salamander is not a fish.

If you still assume salamander as fish, let us have a look at their life cycle. The life cycle of salamander is pretty complex.

The life stages of salamander :

Salamander needs to stay besides water because it needs to lay eggs in the water. When their larvae come out, they can breathe underwater by gills.

Again, the juvenile and adult salamander possess lungs and strong legs. So, they can live on land.

Now, let’s see the life stages of a fish.

Unlike salamander, fish needs to live their entire life in water. Because there is no development of their lungs or other organs as they grow older. Their life cycle is quite simple.

Salamander has some very unique physical traits and behavior that can only be found in amphibians. No fish has these features.

Let’s get enlightened about such traits.

Thus, it’s certain that both salamander and fish far different from each other.

After going through this entire article, we hope that the differences are very clear to you. For all of the above-mentioned factors, we can say that salamander is not a fish.