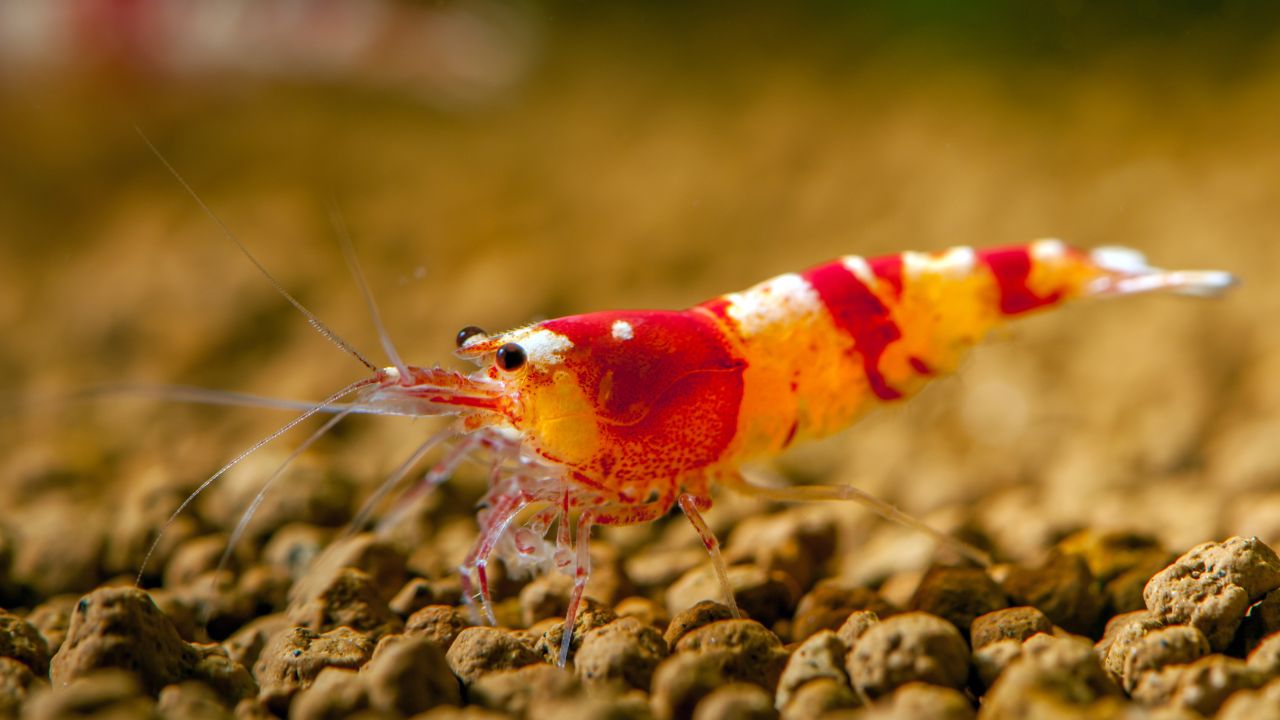 Leaving dead shrimp in the tank is not satisfying. Because as soon as the decomposing process starts it releases ammonia which is highly risky for other shrimps in the tank.

Recently one of my shrimp died so I had to deal with it. Today I’ve decided to share my knowledge. So keep reading to know more about what you have to do when you have a dead shrimp in your tank.

Is It Ok to Leave Dead Shrimp In The Tank?

Actually, it depends on some factors. The age and health condition of the dead shrimp, the size of the aquarium and the number of shrimps living in it are some of those factors. Before taking any decision you have to consider these things.

The first thing that should be observed is the age and health condition of the dead shrimp. Old shrimp’s death is natural. If it hasn’t died of any disease, there won’t be any harmful substances in its body.

So it’s totally fine to leave old dead shrimps in the tank as other shrimp’s meal. This will provide calcium and protein to the other shrimps.

So, if you have noticed any diseases symptom in your aquarium, remove it from the tank ASAP.

The size of the aquarium plays an important role in ensuring the normal living system of your shrimps.

If you have a large aquarium you don’t have to concern much about dead shrimp. Because the amount of ammonia or nitrites that will come out of it can’t contaminate the whole aquarium water. So it’s not that harmful to other shrimps.

So it’s up to you whether you want to remove the dead shrimp or want to leave it in the aquarium.

But if your aquarium is small you can’t leave any dead shrimp or harmful substances in it. When the shrimp begins to dispose it releases ammonia into the water. Excess amount of ammonia in water is highly risky to its other inhabitants.

Let’s see what ammonia may cause:

So now you know what effect ammonia will have on your favorite shrimps. If your aquarium is small, remove the dead shrimp from the aquarium as soon as possible.

Another important factor is the number of shrimps that live together. If you are keeping many shrimps together they can consume the dead shrimp within hours before decomposing starts. Sometimes you won’t even realize a shrimp is missing.

But in case you notice any leftovers, quickly take them out of the tank. Under no circumstance, a dead shrimp should remain in the aquarium for more than a day.

So, if you think you are keeping enough shrimp to consume a dead shrimp before decomposing begins, leaving dead shrimp in the tank won’t give you a headache.

Therefore if you are keeping a healthy and large group of shrimps in a large tank it’s totally ok to leave dead shrimp in the tank. Otherwise, remove it ASAP.

Is My Shrimp Dead Or Just Molt?

Sometimes inexperienced shrimp owners confuse molting with the dead. So before going to the next step, you have to confirm that your shrimp is dead or it’s just molting.

Shrimps are very lively. You will always find them playing around. If suddenly you can’t see any movement, it’s not surprising to take it as dead. But it can also happen because of molting.

Molting is a process of shrimp growth. As shrimp grows up its shell becomes smaller according to its body. So the shell needs to be changed as the body grows. And this process is called molting.

At this time shrimps usually hide themselves. As the new shell is soft, shrimps take some time to let it become hard. Infant shrimps molt very often. Because this is the time when their growth is highest.

The easiest way to differentiate between dead and molting is by checking its color. A dead shrimp turns pink after a few hours of its dead.

Q. Should I remove dead shrimp from the tank?

You should remove dead shrimp from the tank if you are keeping diseased and fewer shrimps in a small tank. As the decomposing process starts, the dead shrimp releases ammonia. It is highly risky for other shrimps of the tank.

But when your shrimp dies naturally in a large and healthy tank, it’s totally fine to leave dead shrimp in the tank. This will provide calcium and protein to the other shrimps.

Q. Is dead shrimp harmful to other inhabitants of the tank?

Dead shrimps start decomposing after a few hours of their dead. During the process it releases ammonia. And this ammonia is harmful to other inhabitants of the tank.

Excess amount of ammonia may stress shrimps, cause unwillingness to food, reduce immunity, disrupts natural growth, cause irritation to the body and eventually lead to death.

As I’ve told before if you have a large tank with a large group of healthy inhabitants, you can leave dead shrimp in the tank. If these conditions haven’t been met you should remove the dead shrimp from the tank immediately.

This article has covered everything about what you have to do when you have a dead shrimp in your tank. I hope, you found this article helpful.