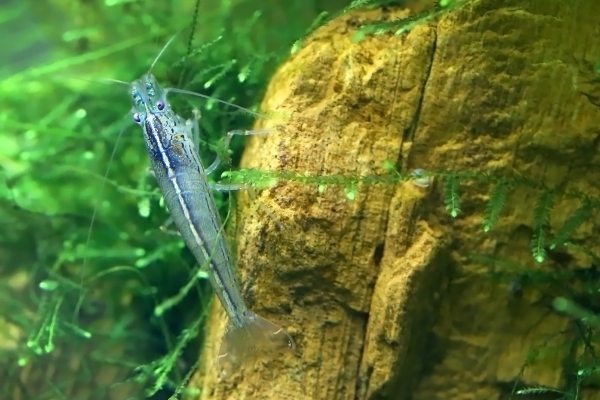 Many beginner shrimp keepers start using aquarium salt in their tank as a routine practice because of the suggestion of the local pet stores. But is aquarium salt safe for Amano shrimp? In this article, I will share from my experience and research how safe aquarium salt is for your Amano shrimps and when you should use it.

Some hobbyists will suggest you to add salt on a routine basis, some others will forbid you to add it to your tank. You should use it only when your shrimps are infected or stressed for the breakout of any diseases.

The guys in your local fish store do not have much knowledge about the fishes/shrimps they sell. So, they will just try to fill your bag with necessary and unnecessary stuff. So, do not include it in the routine care of your tank.

Here, I will discuss the safe dosage of aquarium salt for Amano shrimps and the right reasons to use it in your Amano shrimp tank.

Which Dosage Of Aquarium Salt Is Safe For Your Amano Shrimps?

As Amano shrimps require full salt and brackish water in two different stages of their life, it makes sense that they will tolerate salt to some extent. But make sure you put a small amount of salt otherwise it can be the eventual cause of your Amano’s death.

1 tablespoon of salt for every 5 gallons of water with other medications is the safest dosage for any shrimps or fishes, not only Amano shrimps. From my research, I have got that you can go up to 1 tbsp of salt per 2 gallons in your Amano shrimp tank, do not exceed this.

You may have heard that iodine is a big no for your shrimps. So, many hobbyists assume that iodine-free pure aquarium salt can be good for maintaining a healthier environment (good water quality with necessary minerals) in their shrimp tank.

But you can also maintain a healthy environment by doing regular water changes. So, you do not essentially need aquarium salt to keep your Amano shrimps healthy. The food that you offer your shrimps or they get from your tank is enough to supply them all the required nutrients and minerals.

Many shrimp keepers add salt to their quarantine tanks because it can withstand nitrate poisoning and relieves stress in the shrimps.

Without removing itch, fungal or bacterial infection, it does not benefit much to your Amano’s health. So, do not add salts to your display tank if your shrimps do not need it for recovering from these diseases.

API Freshwater Aquarium Salt is a good quality aquarium salt that you can use for your Amano shrimp tank.

When Should You Use Aquarium Salt For Your Amano Shrimps?

Aquarium salt is generally used as a remedy for itch, fungal or bacterial infections for its antibiotic properties. It causes irritation in the slime coat/shell that fuels the fish/shrimp to shed more beneficial mucus to create a preventive wall from some parasites and microorganisms on its body.

As aquarium salt works without affecting the beneficial bacteria bed in your shrimp tank, many shrimp keepers use it when their shrimps are stressed while setting up a new freshwater aquarium or when the nitrogen cycle is going on.

Many hobbyists also use salt in their established aquarium to prevent the intake of nitrate spike that stresses the shrimps. You will also see some people use salt to add calcium and magnesium to increase GH in their tank water.

Do Amano Shrimps Need Aquarium Salt When They Breed?

Amano shrimps only need salt when they breed. So, if you are not planning to breed them, you do not necessarily need any salt to the water.

Moreover, to breed Amano shrimps, you will need to replicate the brackish water condition just like the wild. You can only mimic that with marine salt that will provide necessary minerals for the development of the larvae.

Most of the aquarium salt brands do not contain these trace minerals and if you use such salt instead of marine salt, the larvae may end up dying before their metamorphosis.

30-35ppt salinity is required for bringing up the baby Amano shrimps. But as soon as they complete their metamorphosis stage, they cannot endure this high level of salinity for more than a day. And the fully adult Amano shrimps cannot even tolerate 3g salt per litre water.

If you are breeding Amano shrimps, you should use a breeder tank. When the female Amano shrimps lay the eggs, move them to your freshwater tank as soon as possible because they will not endure the increased salinity of the breeder tank at all.

How Does Aquarium Salt Safely Cure Your Amano Shrimps?

As these little microorganisms dehydrate faster than the shrimps, they die within a short time while the host shrimp only gets stressed. But as different species cannot tolerate salt up to the same limit, if you unknowingly exceed the limit, you will end up killing your shrimps along with the parasites.

As you have to continue the salt baths several times to remove the parasite completely, isolate the infected shrimp in a quarantine tank and treat it there.

Note-Most of the bacterial, fungal infections or ich begets from poor water conditions. So, if you can maintain good water quality and continue regular water changes, you will not need salt or other medications for fighting them.

Why Is Iodized Salt Harmful For Amano Shrimps?

If you add iodized salt in your shrimp tank it can raise ammonia and nitrites levels. Besides, it can affect the biological filtration bed of your established aquarium.

Although aquarium salt is safe for your Amano shrimps to some extent, do not stick to the aquarium salt like the other routine care of your shrimp tank. If you want to use it, use only at the right times. Maintaining good water quality and filtration, preventing ammonia and nitrite spikes and extra quarantine tank will eventually reduce the need of adding aquarium salt in your freshwater shrimp tank.