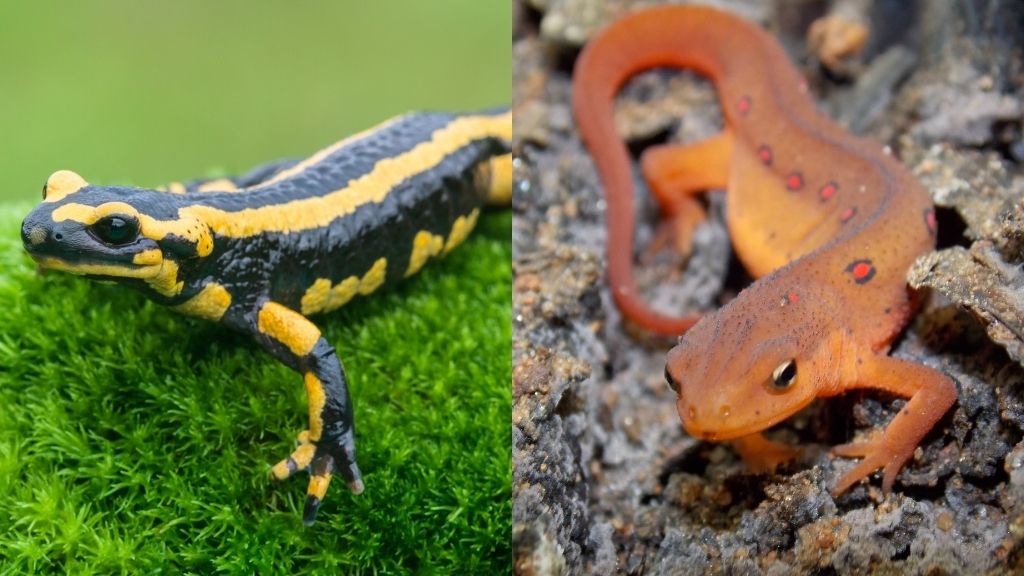 Both salamanders and newts have similar characteristics as well as subtle differences. This begs the question of what newts are and how they are related to salamanders.

Though newts are a part of the salamander class, they have distinctive features that make them unique. If you want to know the differences and similarities better, I would urge you to read the whole article.

Why Newts Are Called Salamanders?

Newts belong to the salamandridae family for many obvious reasons. Here are the most important ones.

Classification Of The Newts

Here is the scientific classification of newts that proves that they are, in fact, salamanders.

Differences Between Salamanders And Newts

Before reading the differences, we need to understand that newts and salamanders are not like toads and frogs, whose key characteristics are totally different. Rather, the difference between salamanders and newts is much more subtle.

Newts Are Not Always Bound To Aquatic Life

There are some species like the eastern newt which go through multiple shifts of habitat environment in their life cycle.

Eastern newts have an aquatic larval stage like all others, but then they shift to the land for their juvenile terrestrial age. At this stage, they spend almost all their time on land.

But it is not permanent, as they come back to the aquatic way of life as soon as they grow up as adults.

Not All Salamanders Are Bound To Land Either

One unique species of salamander is the mudpuppy, which goes through a fully aquatic life and doesn’t even go through metamorphosis. That is, they do not go through the same physical stages as other salamanders or newts.

There is a certain type of newt which defies the laws of salamanders and newts.

The Emperor newt opposes the typical amphibian habitat. This endangered species, also known as the imperial newt or the Japanese fire-bellied newt, inhabits the Zagros Mountains in western Iran.

It occurs in streams and ponds surrounded by dry shrublands, and water is only available for 3-4 months a year. It’s not the shaded and damp place that newts expect!

When it starts to rain from late March to early April and the streams and ponds are full, the newt seems to eat with all his heart and look for a partner.

After that vigorous activity, summer comes, they go underground, dig into sandy soil, become paralyzed, slow down their heartbeat and breathing, and stop eating.

This lifestyle makes the emperor newt unique among all the newts and salamanders.

Newts are not lizards. In fact, they are in totally different classes. Newts belong to the class of salamanders that includes Amphibia.

Lizards, on the other hand, belong to the class reptilia.

Newts and salamanders have many distinct physical, environmental, and behavioral features that make them totally different from lizards.