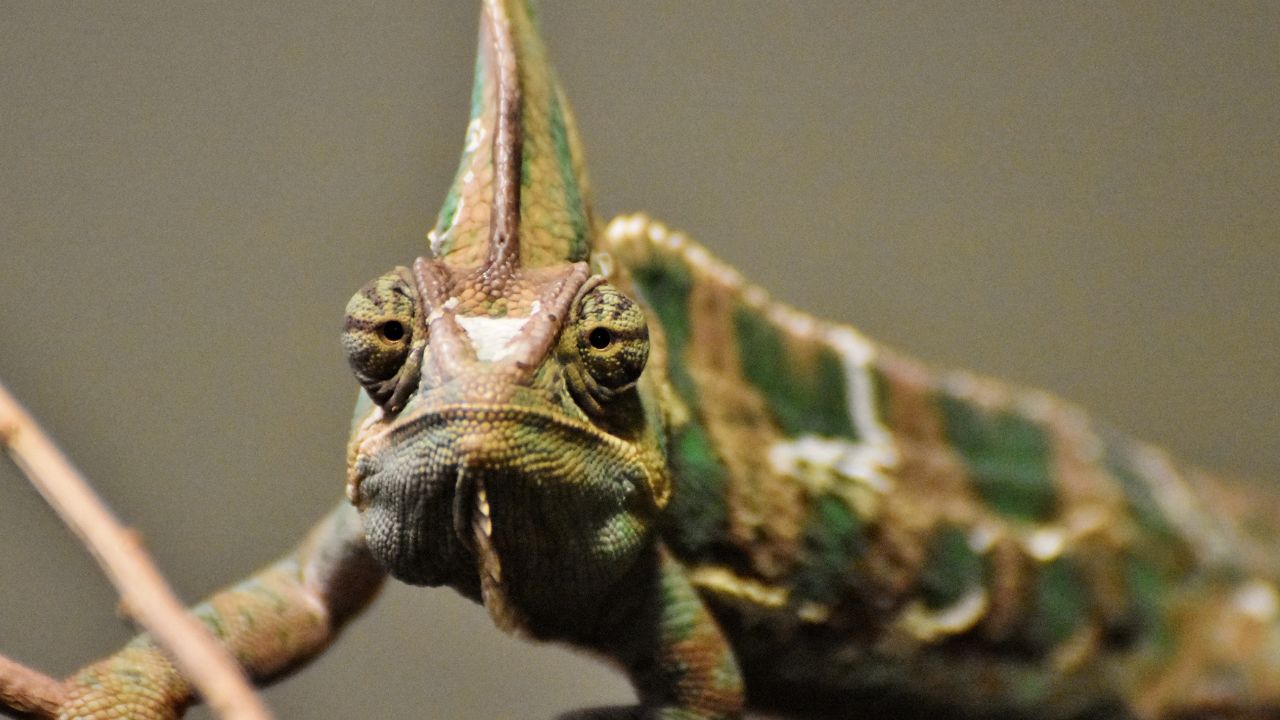 No wonder why people think that getting veiled chameleons is better when it comes to having a chameleon as a pet for the first time. Well, no, we’re not only talking about the ease of the taking care part but the price as well. But how much does a veiled chameleon cost in the first place?

Typically, the price range of veiled chameleons sticks to figures like $30 to $100. But that doesn’t mean the price won’t vary on the basis of gender, sex, age, and of course, species.

Now the question is – does all the store goes within that price range of $30 to $100, or they’ve got a mind of their own when it comes to fixing up the price? And what the other costs are that you need to keep your wallet ready for before buying one of those veiled chameleons? Well, it’s time to find it all out!

For obvious reasons, not every pet store is going to give you the same price tag. They’ve got their share of reasons for that, we guess. Some of them determine the price on the basis of age and size, sometimes on gender, and sometimes on all. So it’s better to take you to the price chart as that’ll make it easier for you to clear up your confusion on that part.

Factors That Can Influence A Veiled Chameleon’s Price

Age is a crucial factor when it comes to fixing the price of a veiled chameleon. You’re probably wondering why is that. After all, the younger one is going to live longer. So, they should be more expensive, right? Well, that’s not always the case as the baby veiled chameleons can’t protect themselves from diseases all the time.

On the other hand, comparatively older ones can sustain better as their immune system is stronger. By the way, that’s mostly true about the male chameleons as females are fragile on the health part due to laying eggs often.

The type of vendor is among the extra factors that might land a direct impact on the lizard’s price tag. Usually, reptiles purchased from a local pet store or breeder will cost far less than those purchased from an internet site. To be honest, the reason is quite obvious as there are tons of additional costs involved in the process.

Hold on a second! Are you thinking about getting your cham from any experienced breeder? Well, you can be sure that they’re also going to ask for a higher number on the price. The experienced breeders know how to produce quality reptiles that’ll not only be versatile in color but will also be of a better immune system.

Fees associated with transporting chameleons are typically the reason why the price goes so high. But the origin of the chameleon may also have an effect on the asking price. A captive-bred specimen will cost less than a wild-caught one. Also, they are the best option for you, especially when you’re a beginner.

There’s a chance of them being significantly more expensive if they were captured in the wild. Another one of the major reasons for the higher price is nothing but the restrictions imposed on moving the lizards from their native environment.

Hold on a second! The list is not that short. Wild-caught chameleons cost more because the effort and money required to catch them, rehabilitate them, and transport them are amazingly high. If these issues weren’t there, you probably would’ve had the scope to get them without putting the hand too deep in the pocket.

So, if you’re on a tight budget and still can’t get the idea of having a veiled chameleon out of your head, go for the captive-bred ones as they offer the best value and health for your money.

In addition, domesticated chameleons can become superior companions compared to their wild counterparts since they’ve lost much of their “wildness”.  On top of that, they seem to be rather tolerant of being handled.

The value of a chameleon can also be affected by its family tree or what you probably know as the bloodline. This is not just true for chameleons, but this same fact can leave a major impact on other reptiles purchased as pets, including snakes.

If the chameleon is coming with a heavy price tag, the possibility is quite high that the bloodline of the lizard is nothing but unique and premium. This is why breeders keep track of the bloodline, regardless of the sex of the reptile. The size, color, and the number of scales on a reptile – all play a vital role in establishing its lineage.

What Are the Other Costs Related to Getting a Veiled Chameleon?

You didn’t think the purchase price was the only amount you’d have to shed while getting a veiled chameleon, did you? Well, at the time you bring the little lizard in, you’ll have to deal with some of the other costs too, including –

The enclosure is the first thing you need to take care of while getting your first veiled chameleon. There are tons of variants of chameleon enclosures out there that you can purchase both online and offline. Screen cages with generally aluminum frames and timber enclosures with glass doors are the two most common types.

Which one you select is a matter of taste, but in our opinion, the screen cage is the best option for the chameleon if you really want to see it happy and healthy.

Some chameleon keepers recommend getting a small baby cage for a new baby chameleon so that it can adjust to its new home and thrive. A 16x16x30-inch aluminum screen cage costs roughly $60, while a somewhat bigger glass cage costs around $100. On the other hand, a 24x24x48-inch cage is ideal if you’re getting a full-grown chameleon.

Pricing for a screen cage for an adult chameleon ranges from $110 to $160, while a hardwood cage with glass doors or a hybrid glass and screen cage would make you spend like $160 to $300. In case you’re getting a second-hand, fully functional enclosure, go for it as that might cost a bit less than a new one.

Once you’re done with the enclosure, you’ll want to think about the lighting. The appropriate lighting configuration will not only give the chameleon enough heat but also enough UVB light, which is essential for their survival. You might have to set a budget of around $130 for this lighting arrangement.

Their body can’t produce enough vitamin D3 to properly use the calcium the cham consumes if it isn’t exposed to UVB radiation. And if for some reason, the lizard doesn’t absorb the calcium, it will gradually weaken and perish over time. To that end, it’s recommended that you utilize a good lighting system with energy-saving bulbs like the Zoo Med Desert UVB Heat Light.

When you’ve got a habitat for your new scaly companion, lights to keep them warm, and enough supply of UVB, and water, focus on giving their new flat some furnishings.

The cost of your chameleon’s furnishings depends on the plants you’re putting in. We say one hanging basket, two or three huge plants, and a few little ones will be enough for their habitat.

If you’re shopping from a nursery/hardware shop, they’ll cost $80 to $100. You’re probably thinking about getting plastic plants too. But as there’s a chance of the cham consuming leave, skipping plastic plants will be better.

You’re also free to add branches from the woods, which will ease their climbing. But don’t forget to boil to kill the germs and parasites. Also, Sand down any sharp edges or splinters so that the lizard doesn’t get injured there.

You’ve probably heard that chameleons are susceptible to stress. What do you think is the best stress-inducing stimulus for them? It’s the lack of water, for sure. In other words, don’t even think of missing the watering. The difficulty, however, is that chameleons require a very different kind of watering setup than common housepets.

You can’t simply toss a bowl of water to them and tell them to help themselves. A suitable misting system that can spray over their cage at scheduled intervals throughout the day is a must.

Depending on the sort of misting system you install, the price might range from $8 to $160. We think you’ll find that a misting system like the Mist King is ideal for your needs.

Usually, when it comes to chameleons, buying them puts a ton of pressure on one’s pocket. But that’s only when the lizard is anything but veiled chameleons. Veiled chameleons can simply be the best lizard you can ask for without making you regret the investment and letting you have the experience of checking out their mesmerizing color shifting.