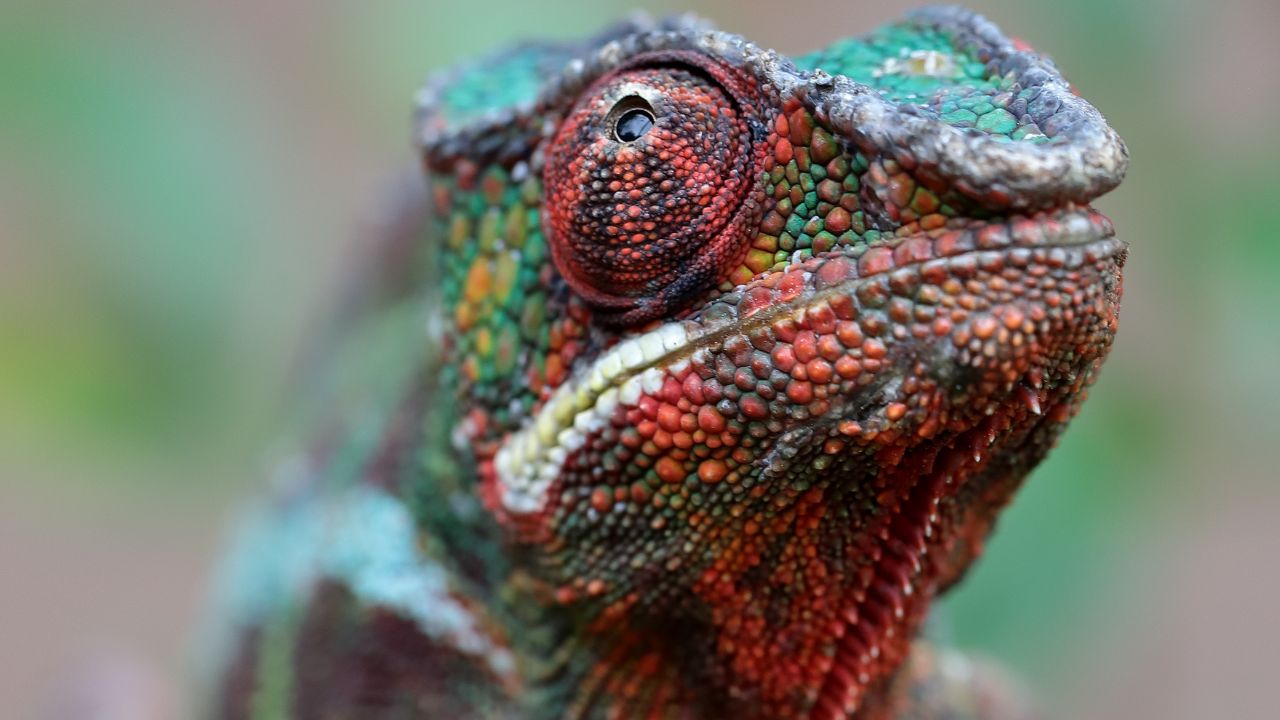 Panther chameleons come with a comparatively big price tag that can land anywhere from $150 to $600. But that’s the generic range only. Depending on the rarity, coloration, and bloodline, the price might reach a number like $700-800, which we believe puts them in the category of expensive reptiles.

Now the question is, do all the stores stick to the same price range or fix the price of their chameleons based on the same criteria? Well, no, and once you’d take a peek at the price list we’ve given below, you’ll surely get some answers on that.

There are tons of reasons that can influence the price of a chameleon, especially when it’s a panther. Though the reasons shops take into consideration are pretty much the same, not all of them go for the same price.

Why Female Panther Chameleons Are Cheaper?

If you’re asking for a simple reason why male ones cost higher than their female counterparts, then we’d say it’s their mostly gender. You’re probably wondering why that would matter in the first place. Well, this segment is all about putting some light on that part.

Male Chameleons are amazingly good at producing the stunning colors that give Panther Chameleons the reputation of being the most colorful reptile walking on earth. It’s not that the females don’t change color; it’s just that the process is not as dramatic as it is in males. On top of that, the color shifts are tied to the lizard’s reproductive cycle.

There’s another reason that you probably already know about that makes the female panthers cheaper. Yes, we’re talking about the fact that females lay eggs on a regular basis throughout their lives which puts a ton of extra pressure on their bodies and can cause them to be less desirable.

Why Does the Price of Panther Chameleons Vary So Much?

If you’ve already looked into the price, you’ve probably got the idea that not all panther chameleons come at the same price. Some of them come at an affordable price, and some with a bulky price tag as if they’re made of diamonds. But why this variation jumps in? Well, there are a bunch of reasons for that happening, including –

Age is a major component in determining a panther chameleon’s value. To get a baby panther, you won’t have to part up a lot of cash. Subadults and juveniles, on the other hand, are more costly than adults. Plus, if a breeder can show that their cham is growing according to the standard, they may get the chance to ask for a higher price.

Due to their vulnerability and high mortality rate, unless skilled care is provided, hatchling chameleons are sold at a reduced cost. Adults, on the contrary, won’t cost you a ton of cash because they’ve already seen more of the world and aren’t likely to stick around forever.

As we said before, the lizard’s sexuality affects the upward and downward movement of the pricing curve. Males often command a premium pricing over females due to a longer expected lifespan. They also don’t have to cope with illness frequently, unlike the females. Besides, when compared to females, the males are more vibrant and have more striking hues.

However, female chams frequently experience health problems. Unfortunately, we can’t really blame them because they have to devote a lot of their energy to egg production. This means they’ve got only a little of it left to use for their own bodily maintenance.

Hold on a second! You’d find yourself on the wrong side if you believe a female panther’s price would never rise under any condition. When you visit a breeder, you might see a few female chams who have the potential to produce offspring with unusual coloring or patterning.

This is where the female ones can cost more than males. After all, the unique babies these reptiles are going to produce can earn you a thick buck, if you manage to lay your hand on one.

It’s undeniable that chameleons have an extraordinary talent for producing mesmerizing colors. However, not every one of them has the same morphing or coloring abilities. It’s safe to assume that the price range would increase proportionally with the number of rarer colors they would create.

As selecting for desired characteristics in breeding takes time. So, the price differences in the numbers are totally understandable and that’s why this kind of panther also comes at a hefty price.

Aside from the lizard’s demand and supply, the sort of dealer can also have an indirect effect on the price. Buying a reptile from a local store or a breeder will typically be far more cost-effective than buying one online. That’s because there are a ton of hidden expenses in the process.

Hold on a second! Have you given any thought to purchasing your lizard from a breeder that has prior experience? However, you may rest assured that they will also request a greater dollar amount for the purchase of the panther.

The knowledgeable breeders are aware of how to develop high-quality reptiles, which will not only have a wider range of coloration but will also have a stronger resistance to disease.

In most cases, the steep increase in price can be related to the fees that are connected with transporting the panther chameleon. However, the country of origin of your reptile can also have an impact on the price that is being asked for it.

A panther that was born and raised in captivity will make you shed less cash than one that was captured in the wild. In addition, they are the optimal choice for you, particularly in the early stages as a chameleon owner when you are just starting out.

That’s not all! The amount of time, energy, and resources that are necessary to capture wild panther chameleons, rehabilitate and transport them can lead to a significant increase in the cost of the reptile. If these problems hadn’t been there, there’s a chance that you probably would have had the opportunity to get one of them without having to put your hand too far into your pocket.

If you are on a limited budget but still cling to the notion of owning a panther chameleon, your best bet is to get one that was reared in captivity because these lizards provide the most value for your money.

In addition, panther chameleons that have been domesticated and have had much of their wild nature bred out of them may make excellent pets when contrasted to their counterparts that live in the wild. Along with that, they appear to have a reasonable tolerance for being handled.

The family tree of panther chameleons, which is more commonly referred to as the bloodline, also can land an impact on the reptile’s market value. It’s true that not only for panther chameleons, but also for many other species of reptiles kept as pets, can have a significant influence of their bloodline on their behavior.

So, if the panther comes with a hefty price tag, there is a good chance that the reptile’s bloodline is simply rare and exclusive. Because of this, breeders record the lineage of their chameleons, whether it’s a male or female. The ancestry of a reptile can be deduced from several characteristics, including its color, size, and of course, the number of scales it possesses.

We bet you too are already counting the panther chameleons among the most expensive reptiles out there. If that’s what making you come out of the decision to get a chameleon, then we’d say hold on a second!

Check the newest blog of ours – What Is The Cheapest Chameleon? [Store, Price] and we’re sure you’re going to find something for yourself in there too.