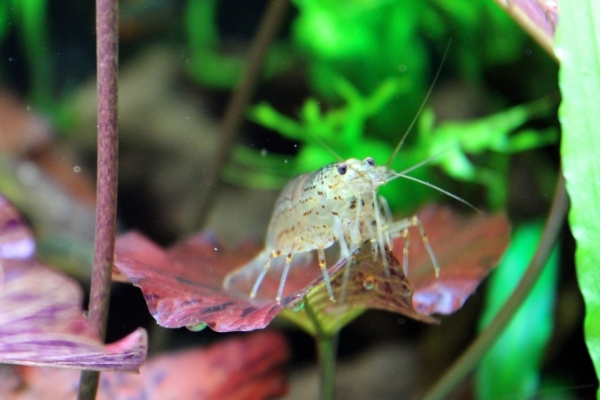 Amano shrimps can live up to 2 to 3 years. However, some shrimp breeders have experienced Amano Shrimp’s lifespan for up to 5 years.

While the Amano shrimps get mature within 3-5 months, in suitable and consistent water conditions, proper diet, and safe places without any threat (from predators, hydra, etc.) they are supposed to live up to 3 to 5 years.

Why Do Amano Shrimps Die Before 2-3 Years?

More than 95% of Amano shrimps are wild-caught and in nature, wild Amano shrimps live for up to 2-3 years on average (at least). When they are kept in the aquarium, they are expected to live up to the same period in captivity.

But, many shrimp keepers claim that these shrimps sometimes die within a short time of introducing in a tank. Most probably these cases happen when the shrimps get stressed while being transported and introduced to a new aquatic environment of different water parameters.

How To Ensure Your Amano Shrimps Live Longer?

As Amano shrimp’s lifespan depends on the external conditions considerably, you have the chance to prolong it by following some basic methods.

However, if you can manage to keep them alive for the first few weeks, they are supposed to last for long in your tank. And if you want to allow your shrimps to live longer than their average lifespan always maintain the optimal water condition in your tank.

Q. How to keep the baby Amano shrimps alive?

You have to keep them in a saltwater tank with enough phytoplankton, constant lighting, heater, bubbler, and add marine salt to ensure the extra minerals for the young to survive.

If you can continue the same tank condition as long as they start growing up, the baby Amano shrimps are supposed to survive.

Q. Why are the young Amano shrimps not surviving?

When the young shrimps complete the metamorphosis process, they survive in the saltwater for only up to 1 day. After that, you have to do large water changes (50%) to get them back in freshwater.

If you do not notice and fail to move them before 24 hours once they have metamorphosed, they will die. As they go through the metamorphosis at different times, you have to keep a close eye on them and move them individually once they are done.

Q. If everything goes well how many young Amano shrimps will survive at last?

An Amano shrimp can produce more than one thousand eggs at a time but if you are lucky enough five or a little more will survive at the end.

Therefore, in a fully cycled established tank Amano shrimps are supposed to live up to 3 years on average if you can ensure them the right water and tank condition, diet, and a safe aquarium without any threat.

Amano shrimps are comparatively harder than most other shrimps in the hobby who will brighten up your aquarium with their active appearance only if there is no big issue.