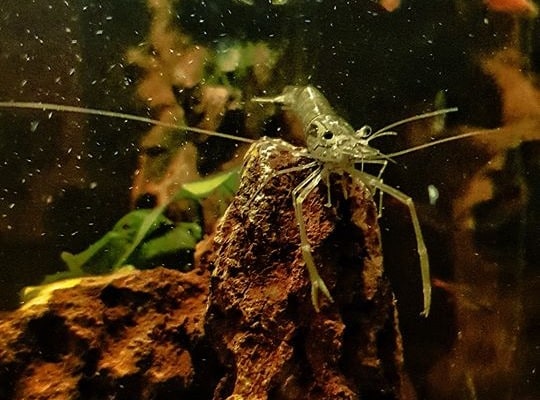 Looking at your dead ghost shrimp, do you ever wonder did any other ghost shrimp killed it? Are you wondering if ghost shrimps can kill each other? After researching for a good amount of time this is what I found:

Ghost shrimps never kill each other. However, there have been some cases where they attacked each other but this happens rarely.

Many have this misconception that ghost shrimps kill and eat each other. I have broken down the misconception further down in the rest of the article.

Reasons Why They Attack Each Other:

Even though the number of cases where ghost shrimps attacked each other is very few, still one should know what could make them do so:

However, ghost shrimps are not aggressive naturally. They don’t fight or attack each other more often if everything seems suitable to them. If you ask shrimp keepers you will rarely hear anyone saying that they saw their ghost shrimps attacking each other.

Now You Can Ask, Do Ghost Shrimps Kill Other Species?

Ghost shrimps can attack other species but they never kill them.

Attacking is very natural but happens rarely. Ghost shrimps are very peaceful species and they like to be alone. If you have enough hiding places you will notice they keep themselves hiding most of the time.

They like to hide because it makes them feel secure. If there are any other species in the tank, they feel very insecure and unsafe. They get stressed thinking they can get attacked.

And if they get attacked somehow, they fight back to save themselves which is very normal. Other than that, they do not attack or try to kill any other species.

Ghost shrimps are natural scavengers and will eat the dead body of any species if any dies in your tank. But don’t get confused seeing this scene because they will never kill one to eat the dead body.

Do Ghost Shrimps Get Killed By Other Species?

Yes, ghost shrimps can get killed by other species. If you keep them with species that are aggressive and have a mouth big enough to gulp ghost shrimps, they will surely kill and eat the ghost shrimp.

Ghost shrimps are cheap and widely used as feeders. And fishes love to eat ghost shrimps.

Also, if you don’t feed your tank species properly, they attack and kill the small ones and eat them up. So, in the same way, big fishes kill ghost shrimps to eat them up if they feel hungry.

Things to do save ghost shrimps from getting killed:

How To Prevent Ghost Shrimps From Attacking Each Other?

Maintaining the bioload is important if you are keeping shrimps in your tank. It not only hampers the environment of the tank but also gives stress to all existing species in the tank.

They like to be alone thus maintaining the bioload is important. If the tank size is small keep fewer ghost shrimps in the tank. Keeping 3-4 ghost shrimps in per gallon water is recommended. But if you have other species too, then keep that number in mind too.

Ghost shrimps need a suitable environment to survive properly. They feel secure and comfortable, thus they live peacefully. In addition to that, they don’t get bothered by anything and don’t attack each other too.

Ensuring a suitable environment is easy if you maintain some factors. Those are:

Feed The Right Amount Of Food

Ghost shrimps are natural scavengers so you will see them eating in the tank most of the time. However, you have to feed them properly unless they get aggressive when you feed them and attack each other.

Feeding twice a week is good enough for ghost shrimps. But do not overfeed shrimps. They will overeat and get sick fast. Just make sure when you feed them you are giving the right amount so that they don’t fight for food.

Now that you know that ghost shrimps don’t kill each other you can keep a group of them together in a tank. And if you don’t have any, what are you waiting for? Buy some ghost shrimps today and trust me you will love to keep them!