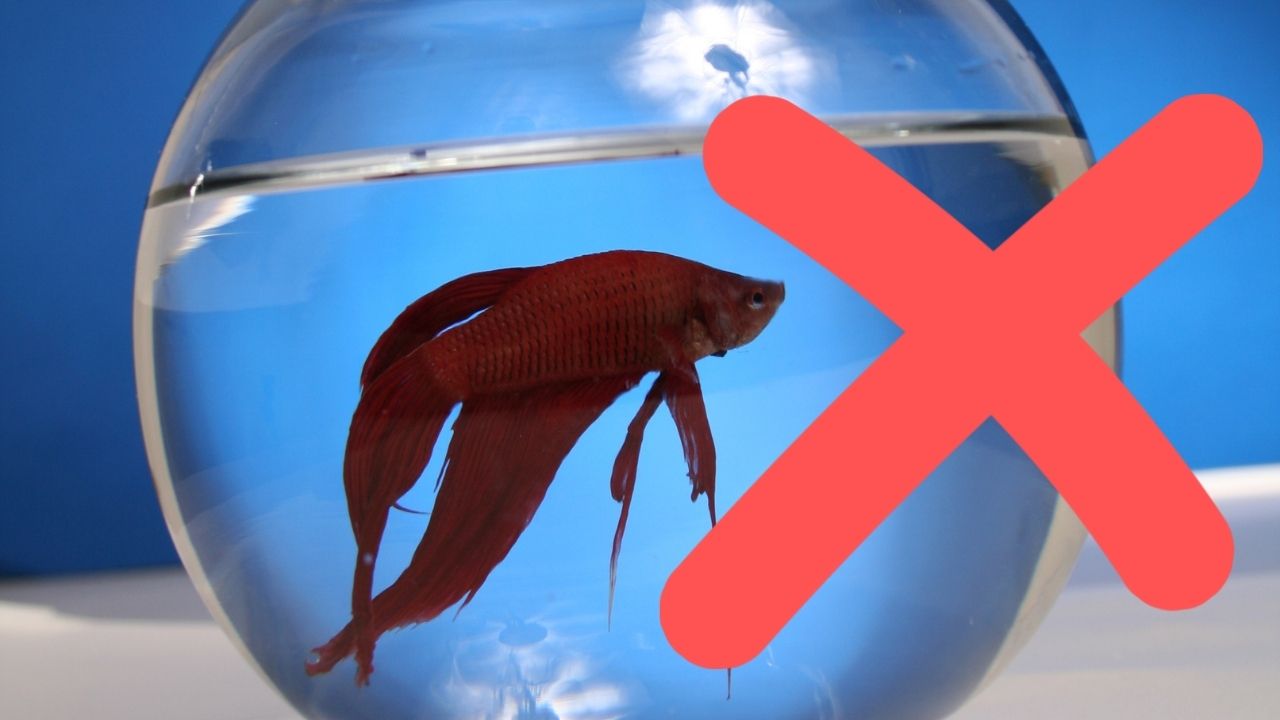 Betta fish are often recommended because of their toughness. They can withstand adverse aquarium conditions better than other breeds. So, you’re probably questioning, “Can you keep Betta in a 3-gallon tank?”

Betta fish will survive in a 3-gallon tank, but it isn’t ideal. They will suffer from low Oxygen, lack of space, toxicity, diseases, and many other issues. Betta fish can also become stressed in a small tank and fatally injure themselves.

Betta fish are smarter than your average tank breeds. They need space and objects to move around and interact with. If you want to know why a 3-gallon tank isn’t enough, and how long can you use one in an emergency, you can find the answers below.

Betta fish need a tank that can at least house 5 gallons of water to thrive. Lower water volume can affect their growth and lifestyle. Here are some reasons why Betta fish shouldn’t be put in a 3-gallon tank.

The lower the tank’s volume, the lower the Oxygen content would be. Lower Oxygen can cause the following issues in your Betta fish.

Lower initial oxygen content means the water will become unbreathable faster. Your Betta fish will suffocate if you don’t change the water frequently. Extreme cases can lead to the following issues.

Betta fish need room to move around and interact with their environment. A 3-gallon tank won’t be enough room. The limited room can cause these issues for your Betta fish.

It quickly becomes a vicious cycle of barren space vs. cramped space. Neither are good for your Betta fish.

Fish don’t just absorb nutrients from their food. Water is also a main source of nutrients for them. A lower volume of water can contain lower mineral levels, or it can be too concentrated.

Betta fish ideally need a certain threshold of minerals and metals to thrive. Per gallon, the water should follow these conditions.

You’ll struggle to maintain a good water condition. You’ll find that the balance shifts in 3-gallon tanks quickly, and it becomes too dilute or concentrated. And the repeated adjustment can be frustrating for your Betta fish.

Toxin buildup is a common feature in aquariums. Over time, food waste, excrement, breathing, and other activities in the tank lead to a buildup of toxin compounds. In a 3-gallon tank, the buildup happens much faster.

Ammonia, Nitrite, and Nitrates build up naturally in your tank. Your tank water will also have Chlorine and Chloramines, Copper, and other heavy metals. In small amounts, these compounds can’t harm your Betta fish. But with a small 3-gallon tank, the buildup of Nitrite and Nitrates is faster and the typically harmless limit of metals becomes lethal.

You can also run into copper poisoning issues with a 3-gallon tank. If you use tap water, and you have copper pipes, the water can have high copper content. In a small tank, the copper will become too concentrated and be lethal for your fish.

All the issues mentioned have a common solution. If you frequently change your tank water, you can avoid most of these issues.

But water changes have to be quite frequent if you want to keep your Betta fish healthy. For a 3-gallon tank, you’ll have to change the water at least once in four days. The longest you can get away with is one and a half weeks.

If you forget or ignore the water change, your Betta will begin to struggle to survive. But if you change the water as recommended, it can be a source of frustration.

Your Betta fish will experience a constant change of environment. The water condition will fluctuate too often for it to acclimate. Also, if you have a male Betta, it’ll make bubble nests. Changing water too often can break them and upset your Betta fish.

All these issues will eventually cause serious harm to your Betta fish. It may even be fatal. So, can you keep Betta in a 3-gallon tank? It would be wise not to.

Why You Need a Bigger Tank Too

Your Betta fish isn’t the only one who needs a bigger tank. You need one too. You’ll face a lot of hassle with a 3-gallon tank that wouldn’t be an issue otherwise.

I’ve listed a couple of the potential problems you can face here.

The biggest issue you’ll struggle with is maintaining your aquarium environment. Normal situations in a tank will become delicate and potentially lethal problems. Here are some issues that you’ll face.

These aren’t major concerns for large tanks. The water volume is enough for any toxins and waste to be too diluted to matter. But you’ll have to constantly stay on alert to maintain a delicate balance.

You might think that buying a 3-gallon tank is saving you money. But it isn’t even a win in the short run. The costs rack up quite fast, especially if you can’t maintain the tank water conditions well.

You’ll have to spend on these issues if you get a 3-gallon tank.

While your Betta may not get sick if you’re careful, these costs aren’t one-time. They will add up and be a huge loss if your goal was to save. But you might still have reasons for thinking a 3-gallon tank is fine.

Betta fish are known to be sturdy. They have a history of surviving in tough conditions and have been bred to fight. You may have read about or seen Betta fish living in 1.5-gallon fishbowls too.

You may know that they used to be found in rice paddies in the 1800s. Rice paddies are low-Oxygen environments. Also, Betta fish would eat any worms, smaller fish, or insects in the wild.

In fact, Betta fish have a breathing organ called the labyrinth. The organ is specifically built to survive in a low oxygen environment.

Then why bother asking, “can you keep Betta in a 3-gallon tank?” They are sturdy enough for it.

Except they are not. Your Betta fish are not being exposed to similar environments in the wild and a 3-gallon tank. The problems they face in the tank are issues they have not adapted for.

There are some misconceptions about Betta fish’s living conditions. I’m going to talk about these issues here.

You need to provide the care and the environment your Betta fish needs. Just because they can withstand more than other breeds, you can’t cause them undue suffering. However, you may not have an option at times.

What if You Don’t Have a Choice?

It’s possible that you don’t have a choice. Your room is too cramped for a 5-gallon tank, or maybe you already have a 3-gallon tank that you’re using. If you’re out of options, can you keep Betta in a 3-gallon tank if you’re careful?

It’s very difficult to keep Betta fish in a 3-gallon tank, but not impossible. The cost and effort will be significantly higher, but here’s what you can do.

Even though your Betta can live in a 3-gallon tank, it’s not a permanent solution. Either the maintenance and cost will be too much, or the Betta will become stressed. So, get a 5-gallon or bigger tank from the get-go, or whenever you can.