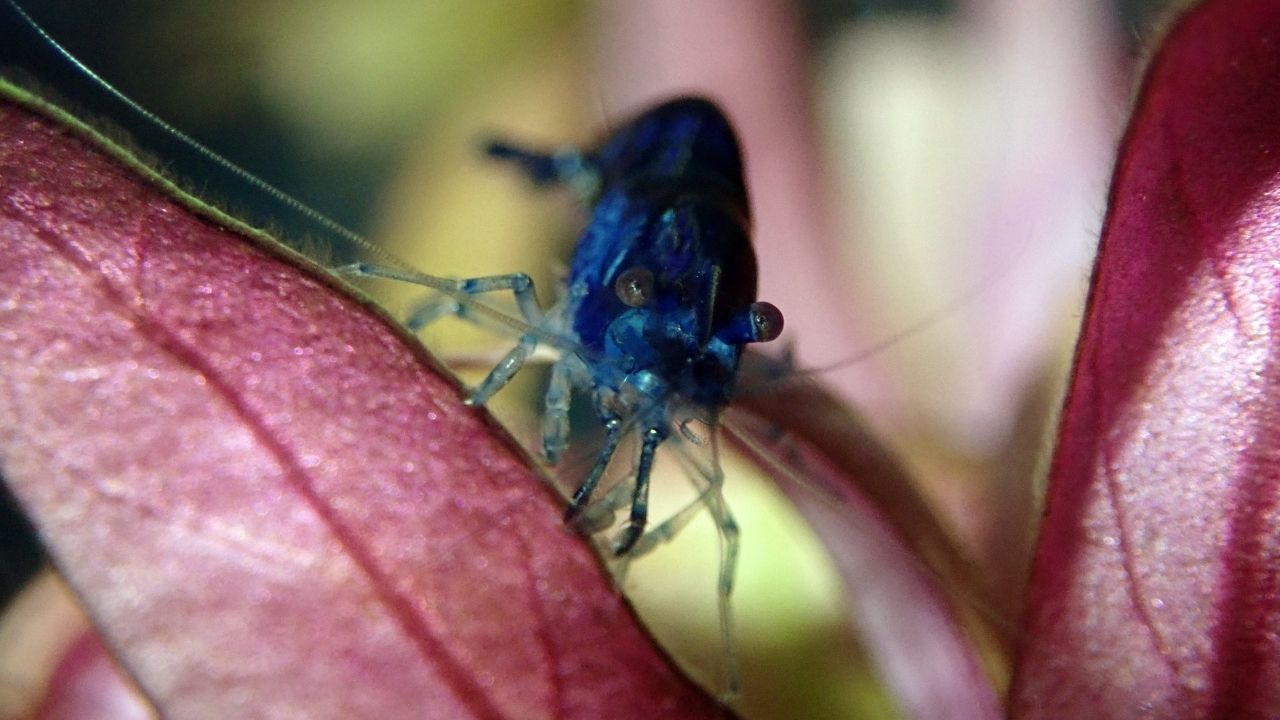 Have you ever seen your shrimp eating other dead shrimp? It’s a typical scene for shrimp keepers. But if you are a new aquarist this scene can be shocking for you. So today I’ve come with vast research and experience to clear all misconceptions about shrimp’s behavior towards a dead one.

Shrimp can eat other dead shrimp in the tank. As shrimps are omnivores, they can eat anything that is inside the tank including dead insects, grass, algae, worms, fish leftovers or even other dead shrimps.

What Do Shrimps Do When They Find A Dead Shrimp?

As I said before, Shrimps are omnivores. That means, they will have both plants and meat. In fact, shrimps are well known for keeping aquariums clean.

So when there is a fresh dead shrimp in the tank, other shrimps will take it as their nutrition and protein source. If you have a healthy and large shrimp squad, they can consume the dead one within a few hours.

But don’t keep a dead shrimp in the tank for more than a day because when it starts to decompose it releases ammonia. Ammonia is harmful to other inhabitants in the tank.

Is Eating Dead Shrimp Harmful To Other Shrimps?

Eating dead shrimps is not harmful to other shrimps as long it does contain any toxic substance. If your shrimp death is natural and hasn’t started decomposing, you can leave your dead shrimp in the tank.

Shrimps are full of protein and nutrition. So a dead shrimp can provide these to other shrimps.

But before leaving a dead shrimp in the tank, ask these questions to yourself.

You need a healthy and large shrimp squad to finish the dead shrimp within a few hours. Otherwise, it will start decomposing and release ammonia. A measurable amount of ammonia can be deadly for other shrimps in the tank.

Do Shrimps Kill Other Shrimps?

Shrimps usually don’t attack other shrimps. But in some cases, shrimps may kill other shrimps. There is some reason behind it including keeping different spices in the same tank, food shortage, shortage of space, high level of stress among shrimps and even different stage of the life cycle.

Top reasons why shrimp may eat each other:

If you are keeping different spices of shrimp in the same tank, they may end up eating each other. Ghost shrimps have been seen eating smaller spices like charry.

But there’s a misconception that Ghost shrimps kill each other. But this is very rare. They usually don’t attack or eat each other alive. But sometimes they start eating the dying ones.

Amano shrimps are one of the largest species of aquarium shrimps. They are also aggressive. If there’s red cherry or other small species, they might attack them.

So you have to be careful about shrimp species. For example, you can keep Neocaridina with Caridina together.

Food shortage is one of the main reasons for shrimp cannibalism. If you are keeping a large shrimp colony you have to provide sufficient food for them. They need 30 to 40 percent protein in their diet. Otherwise, they will attack each other.

For Example, Ghost shrimps are bigger in size. They need an adequate amount of protein every day. What if the foods you are giving are not enough? They will obviously hunt the smaller spices like cherry in the tank.

Shrimps are lively. It’s also fascinating to see shrimps playing around the aquarium. To ensure natural growth, you have to give them enough space.

Besides, during molting shrimp becomes weak as their soft skin comes out. At this time, they need enough space to hide. Or else other shrimps may attack and kill them.

If the shrimps are uncomfortable or stressed due to any reason, they become aggressive. This could lead them to eat each other. Some of the common symbols of stress in shrimps are:

You need to ensure a secure and comfortable environment for your shrimps. When there’s a hostile environment in the tank, shrimps panic and feels disturbed. This can lead them to kill each other.

Balancing water parameters, changing the water regularly, and ensuring enough food and space will give a safe environment to your shrimps. This kind of environment will make them feel safe and prevent them from attacking each other.

Sometimes adult shrimps are seen eating tiny and newborn shrimps. It is advisable to keep younger shrimps separate. You have to give at least five weeks to the newborns to grow up and become strong. After that, they can be kept together with the adults.

Q. Why do shrimps kill each other?

Another strong reason for shrimp killing each other is keeping different spices of shrimps together. Though most shrimps don’t attack their species, the scenario can be different for other species. Especially when there are big and small species together.

Q. Do Shrimp cannibalize each other?

Shrimps are omnivores. They can eat anything from plants to the flesh. So cannibalization in shrimps is natural. They can have anything that is left in the bottom of the tank including dead insects, grass, algae, worms, fish leftovers or even other dead shrimps.

Now you know that shrimps can eat other dead shrimps in the tank. Don’t panic next time when you see shrimps crowding around dead shrimps or eating them. It is a familiar thing for shrimp keepers.