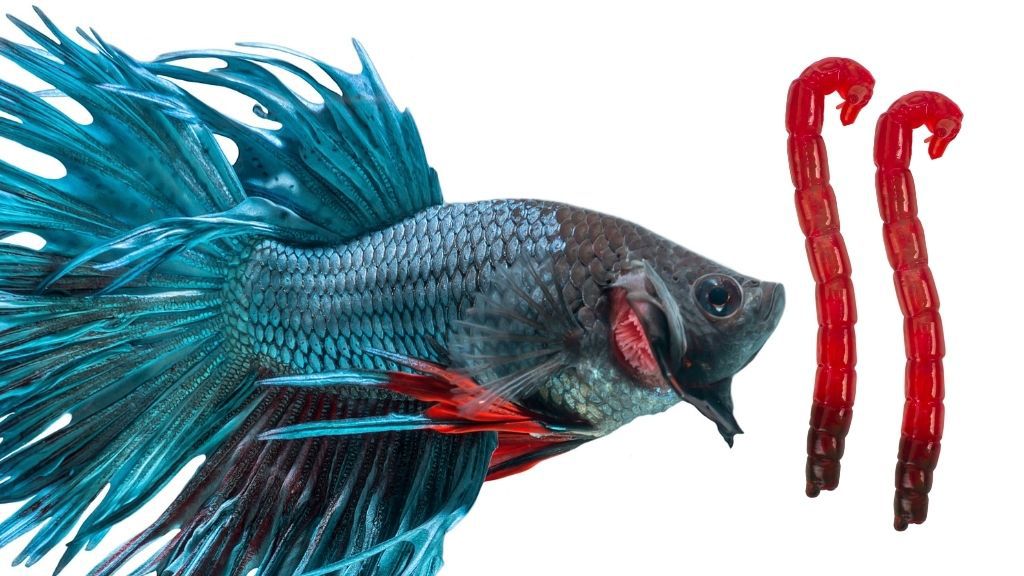 Bloodworms are known as favorite treats for the betta fishes. In this article, I will explain if you can keep the bloodworms as the only food in your beloved betta fish’s diet.

Because of the monstrous appetite of betta fishes, you may think that it’s okay to keep feeding your betta only bloodworm. But I am sure after reading this article you will rethink the idea.

Can I Feed My Betta Only Bloodworms?

If you keep giving bloodworms in your betta fish tank, you will see that your betta fish are continuously eating it and enjoying the delicious meal. But don’t get fooled by this.

Keeping bloodworms as the only food in the betta fish diet is dangerous for them.

If you continue giving them blood worms to eat every day, your betta fish will suffer from various problems, including diseases in the swim bladder, constipation, etc. The betta fish will have difficulties because the bloodworms are full of protein and fat. So, even if bloodworm is a good meal for betta fish, too much of anything can ultimately result in causing harm.

Reasons for Not Feeding the Betta Fishes Only Bloodworms

If you keep feeding your betta fish bloodworms every day, your betta fish will likely suffer from various diseases. Also, problems will keep arising in the tank, which will harm the betta fish.

Constipation is having too much fat and protein in your diet and lack of fiber. So if you feed your betta fish bloodworms every day, it will only consume fat and protein. Hence it will have a constipated stomach.

The remedy for constipation in betta fishes is to keep some food filled with fibers in the diet. You can introduce some vegetables to the diet.

This disease happens because of not having a proper diet. So if you keep only bloodworms in your betta fish diet, it may suffer from this harmful disease. The only way to get rid of the swim bladder disease is to have a balanced diet.

A healthy and safe aquarium needs to have an equilibrium state. If anything gets unbalanced in the tank, then surely there will be problems.

If you put blood worms in the tank every day, then the bacteria can not consume ammonia. Because of that, there will be a rise of ammonia in the tank, which will be fatal to your betta fish.

I think the safest way to give bloodworms to betta fishes is just five or eight times in a month. In those times, you should just put only one or two bloodworms in the tank rather than giving the whole cube. Because eating too many bloodworms at once is also not healthy for the betta fishes.

In this article, I hope you have found your answer to why you should not feed only bloodworms to the betta fishes. As an owner of a betta fish, you will obviously want to give the best food to your beloved fish, and bloodworms are absolutely good for the betta fishes. But just be careful that you are not giving too much of it!