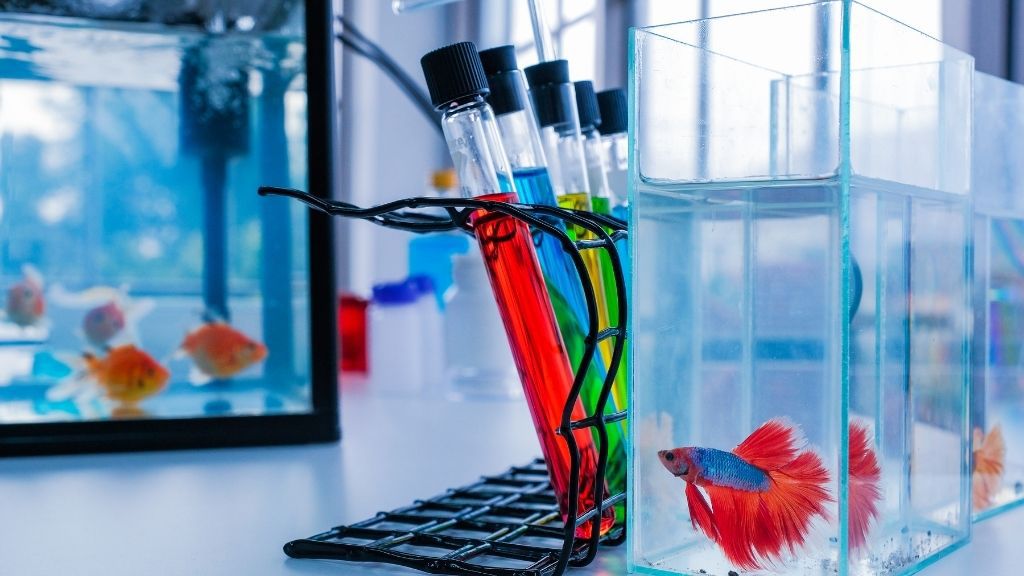 Betta fish are popular as pet fish due to their unique color combination and fin shape. It is also very easy to care for them. So if you have a betta fish and are wondering if you could build some real connection with it, the first question that comes to your mind is, “Does my fish even recognize me?”.

Betta can recognize their owners. They are capable of recognizing their owner’s face and voice.

In this article, I will try to answer all your questions and provide scientific data and research on this topic.

What About The Myths?

It wouldn’t be a big surprise to me if you have heard that fish are incapable of keeping a long-term memory. This popular myth is spread throughout places, thanks to movies like ‘Finding Nemo’ where Dory made an honest confession that he cannot even keep his memory for more than 3 seconds!

Everything is fishy in our relationship with fish. For a long time, it was thought that fish could not hold memory, conduct critical thinking, or recognize faces. However, this is not the case. Fish can recall facts for months, even years, and can interpret space assessment faster than us, Humans!

Culum Brown of Australia’s Macquire University, who is also an assistant editor of The Fish Biology magazine, says-

“We forget how clever fish are when we think of fish as wild species. However, all of the fish on the globe originated at the same time as humans.”

We unintentionally underestimate fish cognitive ability because they exist in a totally different environment than we do.

What Does Science Say?

In mammals, there’s an outer part of the brain called the Neocortex. The neocortex along with the Fusiform gyrus, controls the visual processing part, cognitive functions, abstract thinking, and problem-solving. But vertebrates like Fish do not have Neocortex in their brains. So it was long assumed by scientists that fish are unable to do these tasks.

What Do Researchers Say?

After finding out the fact that fish do not have Neocortex in their brains, scientists thought that fish could not do high functioning tasks. But research in the past few decades has proven that fish can understand mazes, judge space, recognize faces, and can interact socially.

“It is incredibly difficult to distinguish a vast variety of individual faces because they all have the same characteristics. It was thought that only primates with massive and complicated brains could complete this mission. So we asked if animals with smaller brains and no genetic need to remember faces could do so.”

The study found out that fishes can discriminate one face from 44 other new faces, having an impressive visual discriminating ability.

How Betta Fish Recognizes You?

Despite having a weak vision, Betta can recognize you every time you show up in front of the aquarium. It’s because they have a strong sense of vibration.

They can process the vibration of your words and even your steps when they hit the surface of the aquarium. It’s also proven that the fish act normal in front of the person who feeds them every day. But every time a different person shows up, it freaks them out. They tend to swim away from the front of the aquarium and try to hide.

Ways To Make Your Betta Fish Recognize You

Betta fishes have a good reputation for building good interactions and keeping memories. They may not show their love and affection like other pets, but they will show a clear interest in you.

They can remember people even if they show up after several weeks. They can almost certainly recall the shape of the tank and plants when you move them. So, by giving your betta fish more time, you can reinforce your relationship with it.

Here’s how you can bond with your betta fish by playing with them:

Find Out If Your Betta Recognizes You Or Not

This part is really important. You have to understand if you’re being able to build a connection with your betta fish. Some points will make it clear:

The fact that many people think fish don’t have emotions and don’t recognize their owners, demotivates people to have pet fish. But anyone who has a Betta fish knows that that is not the case.

So, building a real connection with your Betta fish can prove to be really entertaining for both you and your fish. And it’ll keep your fish energetic and free from depression and stress.

Once you start interacting with your fish, who knows, you may share the extra pieces of cookies you’ve stolen from the kitchen!