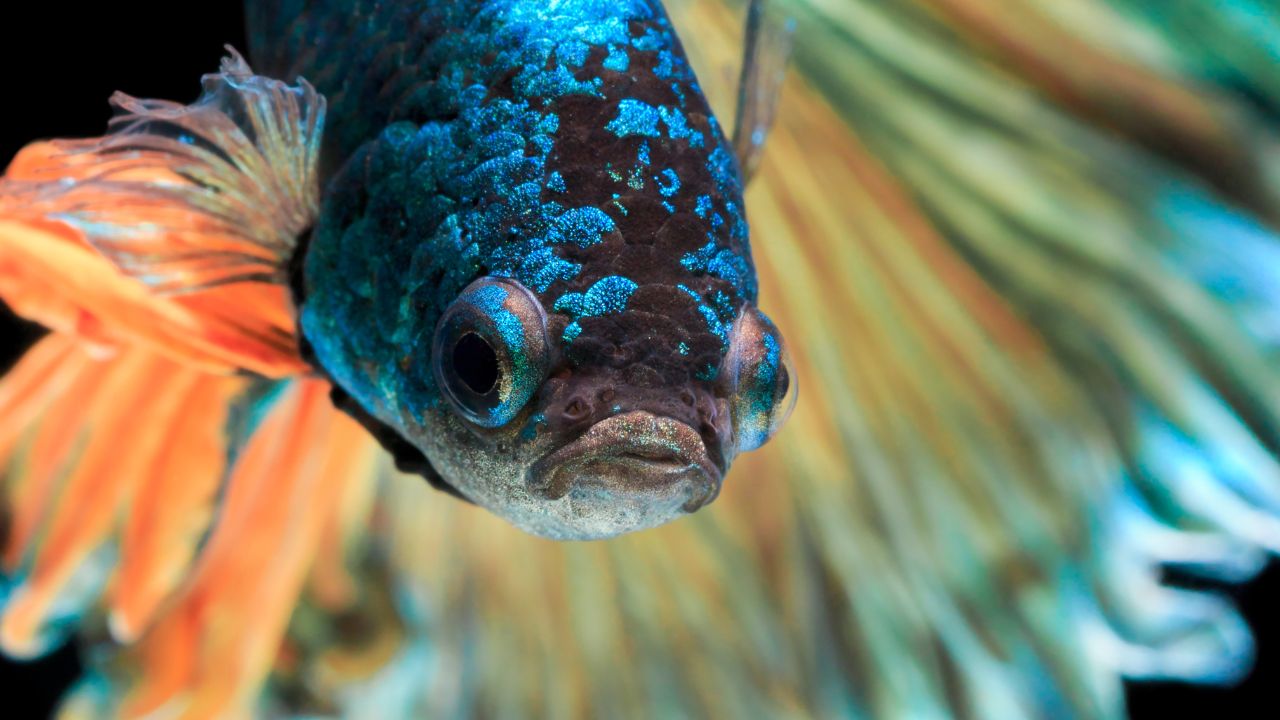 Do you have any idea how similar betta fish are to us? Well, betta fish have almost similar characteristics to humans and one of the closest structures that can be comparable to humans is their vision. So, you might think that if their vision is similar to ours then, can betta fish see color?

In this article, I am going to clear all your confusion about whether betta fish can see color or not.

Betta fish can see color and to be precise they can even see more than 290 colors. Even betta fish can also see UV lights that scatter in different wavelengths in water. In addition, they can perceive the shape of objects which are placed at shorter distances.

The capability of seeing colors lets the betta fish live in a more colorful world. However, their capability of seeing ultraviolet light in different wavelengths makes them more unique. In the later part of this article, I have elaborately discussed some interesting facts about the vision of bettas.

Although the ability to sense color in bettas is undeniable, the key query is how sharply.

Your betta may have the same ability to perceive color as you do in some situations. The quantity of color they will perceive will probably be kind of limited, though, possibly as a result of reflection and absorption in many situations.

The fact that vision isn’t your betta’s main sense must also be kept in mind. In addition to having an excellent vision for seeing fish, they also have parallel lines extending down their bodies that enable them to detect variations in the water. Additionally, they have excellent sensation and hearing, as well as the ability to smell and perceive anything around them.

So even if they occasionally have poor color vision, they are still more than capable of understanding what is happening around them.

What Colors Are Visible To Bettas?

All the colors that humans can perceive are supposed to be visible to bettas. Like us, many fish can distinguish between different colors. Given that dogs don’t have our capacity for color vision, this is shocking.

It’s also conceivable that bettas can perceive even more colors than people, which is an intriguing fact. Bettas have more receptors than humans do, who only possess three cones in each eye for seeing red, blue, and green. In addition to seeing over 300 hues, similar to humans, it is thought that bettas also have the potential to see UV colors.

It may come as no surprise to you that light functions differently in water. Because water is heavier than air, wavelengths also become shorter owing to refraction. Shorter wavelengths of color are more easily perceived by betta fish.

Due to the shorter wavelengths of UV light becoming increasingly shorter, water is less likely to absorb it, making UV light observable.

Nevertheless, it’s likely that there will be times when bettas’ vision of red will be less than that of green or blue.

What Are The Chances Of Betta Fish Being Color Blind?

Well, basically, bettas cannot see red very clearly as they do in the case of green and blue. However, there are many factors that obstruct this vision of bettas.

The main cause of color blindness in bettas is the environment, not genetics.

Different light wavelengths move across space at various frequencies based on the hue, resulting in a change in luminosity. Higher wavelength colors are harder to see in the water, even with good vision.

Can Betta Fish Distinguish The Objects That They Can See?

When the conditions are right, bettas can even distinguish between humans because of their intellect and sharp memories.

All of this requires adequate illumination, but not extreme brightness, as a distraction from increased lighting causes fish to become agitated and negatively affects your bettas’ anxiety tiers.

Fish are also capable of recognizing their own reflections in mirrors, although they are not mindful that it is them and not one of their tank companions. Bettas hate mirrors because they will first swell up their fin if they see themselves in them, but they also become more accepting of other people as a result.

Although bettas need to get some time to become accustomed to them, mirrors may provide fish with stress therapy. Avoid mirrors as much as possible since the bettas become upset by their imagined tank mates, which causes severe anxiety levels.

How Effective Is Betta Vision Then?

Though not competent enough to recognize things numerous meters away, the betta fish can recognize its owner amid a crowd of individuals outside the betta tank.

Since it’s uncommon to find pure water extending more than 150 feet, bettas are better suited to see at closer ranges. For requirements like locomotion and nutrition, they depend more on their peripheral routes. However, with effort, bettas may occasionally detect red light wavelengths.

What Are The Reasons Behind Betta Seeing More Colors?

Numerous factors, as was already said, might influence the colors that your bettas can perceive. But a lot depends on what colors they can see because they are underwater. We will need to become a little more analytical to comprehend more fully.

I have discussed all the factors down below that play a vital role that making the bettas see more colors:

Understanding different light wavelengths are essential since they are each altered differently once they reach the water. When compared to shorter wavelengths, longer wavelengths absorb energy far more quickly.

Accordingly, hues with more red in them will dissolve in water much more quickly than hues with more green or blue. Alternately, it will be more difficult to notice red based on the depth of the water.

However, a betta’s vision is influenced by more than just depth. Additionally, it refers to a thing’s distance. The more distance from the thing, the more challenging it will be to perceive the colors. Your betta will have a tougher problem perceiving red as the thing moves further away.

Additionally, if it worsens, the betta may lose his ability to see both green and blue.

Light is not only absorbed but also dispersed. While it won’t be quite the same as absorbance, this could still make it more difficult for your betta to perceive, which will impair his capacity to see color.

Your betta’s vision is hampered by scattering, which occurs when tiny objects in the water are present. For us, it resembles fog or clouds. It’s likely that you’ve discharged many of the contaminants into the water if you recently washed your tank.

For a while, after they drop to the bottom once more, these particles will reflect a significant amount of light in your aquarium.

Well, these are the factors that play a huge role behind bettas seeing more colors than others. However, a question may arise in some people’s minds whether betta fish can see colors in the dark. I have answered this question in the next part of this article.

Can Betta Fish See Colors In The Dark?

When it’s dark, betta fish can see less clearly than people. They have strong senses of taste and smell thanks to their lateral lines, which are their main senses, which give them the appearance that they can see in the dark.

The fish’s lateral lines feature microscopic pores that can sense differences in water flow, allowing them to know where they are and what is around them even if they are unable to look in the dark. Because of variations in water pressure, the lateral lines will get adjusted and the bettas can move easily in the tank.

Which Factors Affect The Bettas To Perceive Colors?

The amount of light inside your tank is one obvious example. Your bettas won’t be able to perceive color as effectively as they can whenever lights are on. Therefore, it is recommended by the experts that you should always keep the lights on as it helps the bettas to move easily.

Clarity In The Water

Finally, after the above discussion, you might have understood the insane capability of bettas to see colors. However, many factors do play roles behind this ability but one thing is imminent your betta fish will surely recognize you in the group of people.