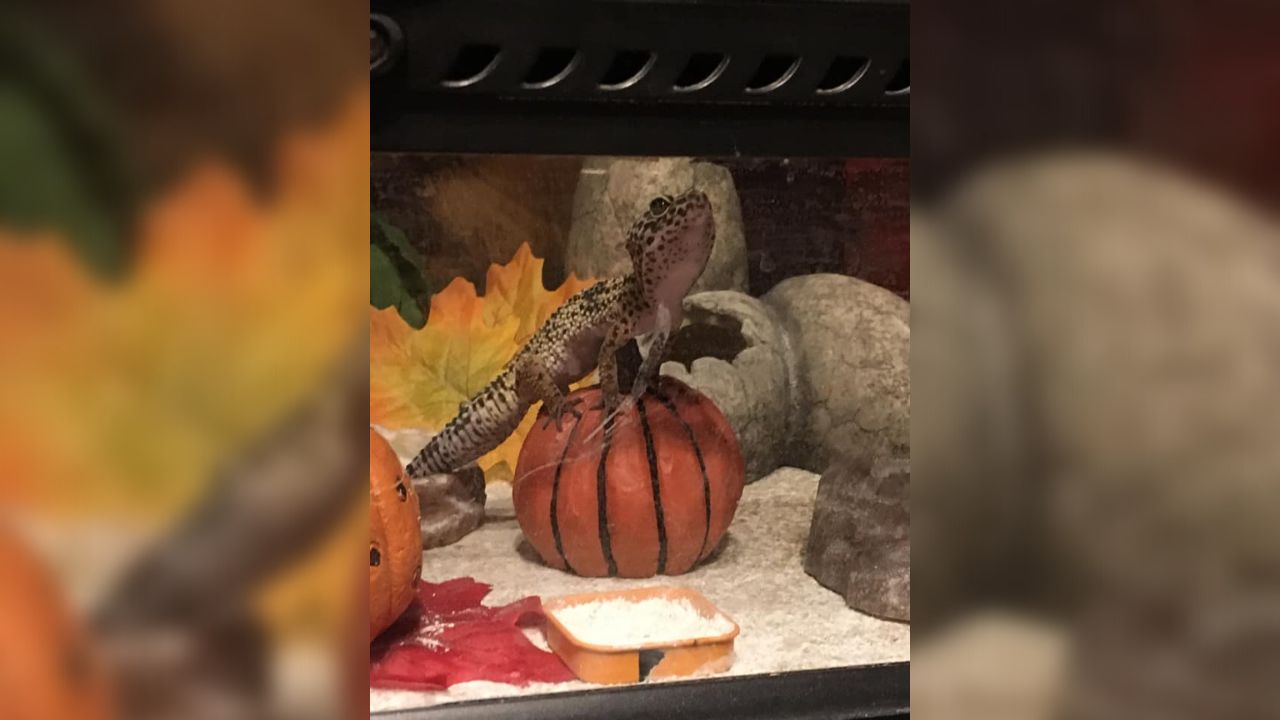 Two female Geckos can definitely live together in the same enclosure. The housing of two female Leopard Geckos is probably the safest option rather than choosing two males. Female Geckos do not bother each other that much and mostly live in peace while cohabitating.

If you want to know more about how to house two female Leopard Geckos and what factors might affect their living arrangements, then keep reading till the end!

When you want to keep more than one female Leopard Gecko in the same enclosure, you need to consider a few factors. These things are necessary for ensuring a healthy and peaceful environment for both of them:

If you want to house more than one gecko in the same cage, the size of the enclosure is quite important. Leopard geckos are often solitary by nature, and they show a strong preference for living independently.

However, if you wish to add another gecko to the group, regardless of the gender or breed of the new gecko, you need to make sure that they can live together peacefully.

Keeping at least one gecko successfully requires a tank that is typically between 10 and 20 gallons in size. On the other hand, you can keep two female Leopard Geckos together while they are still babies.

Because of this, they will be able to engage more and avoid running into each other as frequently, despite the fact that they are amicable and do not pose a threat to one another.

Weight and age of the Geckos

This thing should be considered even if female Leopard Geckos are incredibly affectionate towards each other, and they cohabitate well.

Due to the fact that the newborn geckos do not have adequate nutrition or the strength necessary for combat, it is likely that they will starve to death or be denied food.

The health of the Geckos

You must ensure that the female Leopard Geckos that you are housing together do not have any diseases. This should be one of the first things to keep in mind.

Leopard Geckos often go through certain diseases, such as metabolic bone disorder, calcium deficiency, and more. Also, they get attacked by certain parasites. If a healthy female Leopard Gecko is housed with an unhealthy Leopard Gecko, it is obvious that the healthy Gecko will fall ill eventually.

In such cases, try to diagnose if your Leopard Gecko is healthy or unhealthy. If you see some signs that show your female Leopard Gecko is not well, then take it to a vet immediately and treat it first before housing it with any other Geckos.

If you want to introduce another female Gecko to your existing female Leopard Gecko, there are certain things you need to keep in mind. Sudden interaction of any Gecko might terrify your Leopard Gecko irrespective of gender.

The steps that you should maintain while introducing two Female Geckos are mentioned below:

1. Keep the new female Gecko in another tank

2. Introduce the Geckos in an empty tank or space

3. Observe the behaviors of the female Geckos

When you want to add a new female Gecko to your collection, you must first separate your existing male and female Geckos into separate terrariums.

The enclosure needs to meet all of the fundamental requirements, such as supplying meals, maintaining constant humidity and temperature, providing ample room, etc.

If it is healthy and free of sickness, there is no likelihood that it will transmit any parasites or diseases to the other inhabitants of its tank. As a result, it is extremely vital to house the female Geckos in their own individual tanks.

2. Introduce the Geckos in an empty tank or space

After housing the female Leopard Geckos in two distinct tanks for some time, you will need to acclimate them to a third tank that is neutral.

This indicates that the terrarium should not have a great deal of the equipment that owners typically include in an effort to create an ideal environment for their geckos.

Even though female Geckos are expected to behave amicably towards one another in these circumstances, it’s possible that they won’t demonstrate a positive attitude toward one another.

Instead of living together peacefully, they can choose to engage in combat and work toward gaining control of the cage.

3. Observe the behaviors of the female Geckos

After introducing the female Geckos, it is imperative that you monitor the behavior of the female Leopard Geckos individually.

In most cases, female Leopard Geckos will not engage in aggressive behavior with one another. However, putting them suddenly in the tank together might not be a good idea in rare situations.

In order to notice this activity, you need to keep a close watch out for the pattern that the gecko exhibits in its behavior.

You need to find out if they are secure enough in their relationships to coexist without inflicting harm on one another. You will be able to provide them with a tranquil environment in this way.

Can 3 Female Leopard Geckos Live Together?

It is possible for 3 female Leopard geckos to stay together. This can happen easily if the tank is big enough to help the Geckos cohabitate with each other. Small tanks cannot let the Leopard Geckos explore the tank properly and they might remain more inactive than usual due to small space and cohabitation-related issues.

Two female Leopard Geckos can fight and this is not uncommon. Mostly Leopard Geckos are solitary reptiles and they prefer to live alone rather than stay with another creature, even if it’s from their own breed.

The female Leopard Geckos still can behave well and stay together but there is no way to ensure that they will continue to be good companions in the future. They might also fight against each other if they do not find an environment in which they can cohabitate well.

Can You House Two Female Leopard Geckos With A Male Gecko?

Female Leopard Geckos are mostly friendly creatures and they can be kept together. This is mostly done by owners when they feel their Leopard geckos should explore and make new friends.

Even though they are known to be friendly towards each other, you should still maintain some guidelines that are mentioned above so that no opposite situation occurs. This way you can ensure that your female Leopard Geckos are friends and help them to grow together peacefully.