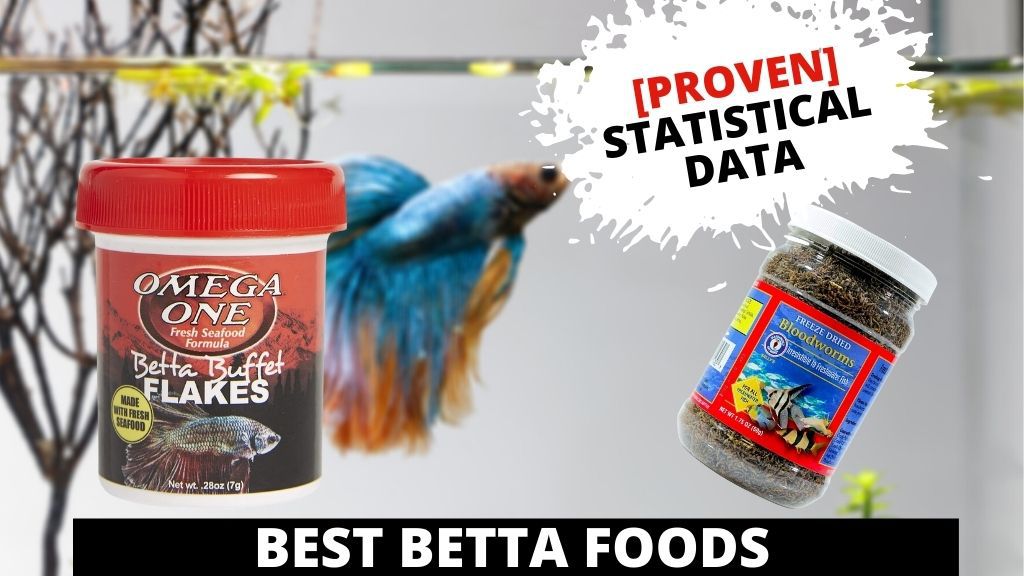 Trust me, I am not going to do that to you in this article. In fact, I am proving it right now. According to me and statistical data, these are the best foods for your betta comprising of different categories:

Well, now you have already seen my recommendations, there is no need for you to read any further. But I’ll highly encourage you to read through the end of the article as I will describe why have I chosen these foods following a rigorous test and combining statistical data.

You have already seen my recommendation- among all the pellets type of food for betta, I think Fluval Bug Bites is the best. Now let me explain my reasoning and testing process.

How I Performed The Test?

First, I have just googled Best Betta Foods and scrutinized the top 10 results to see what food they are recommending the most. Here’s a graphical representation of what I found:

Here, I have taken the most ranked ones and crafted a graph of them according to how many votes (or recommendations) they received from the top 10 Google sites. As you can clearly see, based on this graph, the winner is Omega One Betta Buffet Flakes (8 Votes) .

But I haven’t recommended this one. I recommended Fluval Bug Bites, which ranks actually the lowest combining with another one. Why did I chose the lowest ranking one? Well, there are a few reasons.

First of all, I don’t really trust the google top 10 recommendations. They might have a commercial incentive behind recommending a product, as most of these sites (including mine) earn a commission if you buy something from their link.

So, I went to a very popular betta keeping Facebook group and opened a poll there. I wanted to know what real betta owners thing what the best betta food is.

Here’s a screenshot of the poll:

However, the point that most betta owners make is, other foods than Fluval bug bites mostly contain fillers & plant materials. However, bettas are mostly carnivorous and they need a protein-rich diet to grow. That’s why Fluval Bug Bites is very nutritious for them as it is mostly protein.

Here’s what some betta owners said about Fluval Bug Bites in the comment section:

So, this was my test. And that’s how I came to the conclusion that Fluval Bug Bites is currently the best pellet type food for betta. However, if you don’t find this in your local fish store or Amazon for some reason, you can certainly go for the Omega One Betta Buffet Flakes. My research clearly showed that one is a pretty decent food for betta too!

Now let’s see what Fluval Bug Bites has to offer:

What About Other Types Of Foods?

It is not recommended to feed betta the same food every single day. You need to spice up the diet with occasional treats, freeze dried worms and vegetables. For the first 2, here are my recommendations:

For selecting these, I have followed the same procedure as before. But this time, I only performed the experiment based on the data from the google recommended sites. Also, I know these are pretty good foods as treats.

Here’s a graphical representation of my test:

As you can clearly see, San Francisco Bay Freeze Dried Bloodworm grabs the largest piece of the pie, which is 40%.