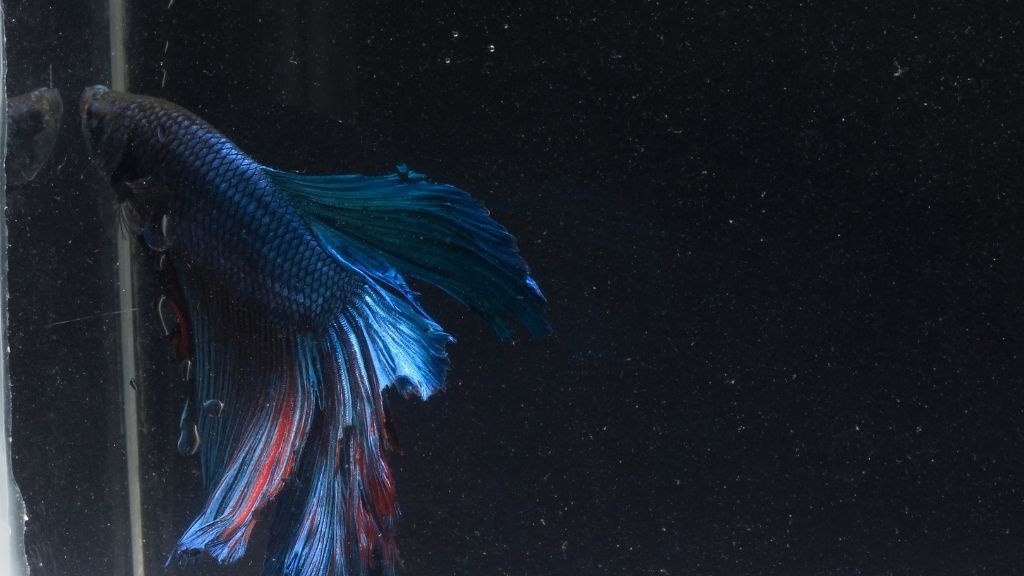 The list of most common Betta diseases that Betta keepers are familiar with, includes Betta Fin rot. So, it’s really necessary for a Betta keeper to know everything about this disease.

Betta Fin Rot is a condition characterized by tattered and discolored fins. There are several reasons behind it, lots of proven medications, and some easy ways of prevention.

What Is Betta Fin Rot?

It’s a clinical condition where the fins of your Betta fish are damaged, ragged, or discolored. It’s an extremely common disease, but the good news is, it’s treatable. Betta Fin Rot can be the result of your poor water condition and poor immunity of your fish.

It can be a difficult job to figure out the exact reason for Betta Fin Rot. A lot of factors can contribute to it.

Many believe that Betta Fin Rot is caused by gram-negative bacteria. There are few different types of bacteria leading to fin rot. Few of them are related to human pathogens, like Pseudomonas and Vibrio.

But Betta Fin rot can also be caused by fungal attacks. Fungal Fin Rot is slightly different from the ones caused by Bacteria. Besides ragged fins, you will notice white dots on the edge of the fins.

Stress Can Be The Culprit

But these Bacteria are present in water bodies 24×7 and do not potentially harm the fish around them. So the main reason can be your fish’s immune system. A weakened immune system is vulnerable to antigens.

Another prime factor is the environment. Poor water quality increases the risk of exposure to certain harmful Bacteria. Bacteria, viruses, and other parasites can be found in abundance in poor water containers. The fish kept in these poor environments are more prone to parasitic attacks.

External Injuries Can Cause Fin Rot

Any external injury on the fins will lead to Fin Rot disease if you keep the fish in poor water quality. These injuries can be caused by:

Overfeeding and underfeeding can also lead to a weakened Immunity. It can be really stressful for your Betta and make it more prone to several diseases.

The symptoms are quite noticeable in the later stages. But it’s really important to diagnose Fin rot at an early stage. Its prognosis can be classified into three stages:

If diagnosed at an early stage, Betta fin Rot can be treated successfully. The treatment procedures depend on the prognosis of the disease. You have to take different measures for each stage of Fin rot.

After understanding Betta’s condition, if you install a radiator, minimize the decorations or number of bettas, and raise the number of water changes, your betta might improve without any need for additional care. However, if your betta does not heal within 2 weeks of making these adjustments, you will need to take further steps to cure them. To cure your betta, you will even have to use a medical tank.

In and of itself, handling a sick betta in a group tank could be unsafe and stressful. Many drugs are harmful to live plants and can be lethal to marine animals. A hospital aquarium can be your solution at that moment. It is typically a simple 2 to a 5-gallon system without any decorations and only a sponge filter and radiator. Using such a hospital aquarium allows changing the water for the sick betta on a regular basis.

Simply applying aquatic salts to your aquarium is among the safest remedies for still-progressing fin rot. When used incorrectly, aquarium salts will burn your betta and are toxic to most plants. You must use aquarium salts on the betta for Ten days on end. The ten days procedure includes-

If the betta does not recover after treating with the aquarium salts, you will have to proceed towards the next phase of treatment. While trying to treat your fish for extreme fin or tail rot, it’s safest to use a hospital tank. The period can differ depending on the dose you used. To heal your betta, you may need to administer multiple rounds of medication. In the meantime what you need to to do is-

There are some proven medications available for Betta Fin Rot. If used as per directions, your fish will get rid of this disease within a short period of time. The good news is, the medicines are not that costly and can be found easily online or at any pet store.

The medication is also dependent on the prognosis of the disease.

The first thing you need to try is Aquarium salt. In this case, you can go for Aquarium salt by API. Follow these procedures to treat your Betta Fish with salt.

If salt medication does not work properly, go for Maracyn. It is not a very strong medicine but can be used to treat Mild Fin Rot.

Make a mixture of Maracyn and Maracyn Two from Mardel. Follow the procedures below:

If your Betta fish develops severe fin rot, opt for powerful medications. You can use these drugs to treat body rot:

The Signs Of Healing

After you start medicating your Betta fish, you have to keep your vigilant eyes on it. Over treating can prove to be lethal as these medicines are so powerful. And your fish will become resistant to certain medications if you stop its midpoint. There’s also a high risk of getting affected by Fin rot again.

These are the signs your Fish is healing:

YES. After being completely or partially ragged, Betta fins can grow back. But in case of severe injury, the fin growing cells or follicles can get damaged. But it may not survive in this case.

If you notice any sign of fins growing back, take extra care of your fish. Remove any sharp substance out of the tank. Fins may grow out in different colors.

Gram-negative bacteria cause this disease. This is a complicated question that has both “yes” and “no” as answers. Since the bacteria and/or fungi that cause fin rot are normally present in your aquarium, every animal in the tank is at risk of infection. However, even though bacteria are present in the water, many bettas do not become ill. If your Betta develops fin rot, remove him from any tank mates he might have.

Yes, it can be lethal as many bettas with extreme fin rot die as a result of the disease. If you wait until your fish experiences body rot before treating them, they will unlikely come back. The drugs used to treat the betta are harmful and distress the betta. A betta with a serious infection might not even be able to tolerate the procedure.

While it’s impossible to avoid fungi in a fish tank, it’s not impossible to stop them from attacking your bettas. what you need to do is

Fin infection is not an uncommon issue in betta fish. If you identify the infection in the early stages, it’s rarely fatal. The main source of infection is low or erratic aquarium temperatures and rare transfer. The sooner you rectify the issues and cure the fish, the more likely it is that your betta will make a full recovery.

If no change is seen or betta continues to decline, you should take the route of moderate/severe fin disease treatment. The severity of the infection determines complete recovery, and whether the affected fins will develop as their previous form or not.