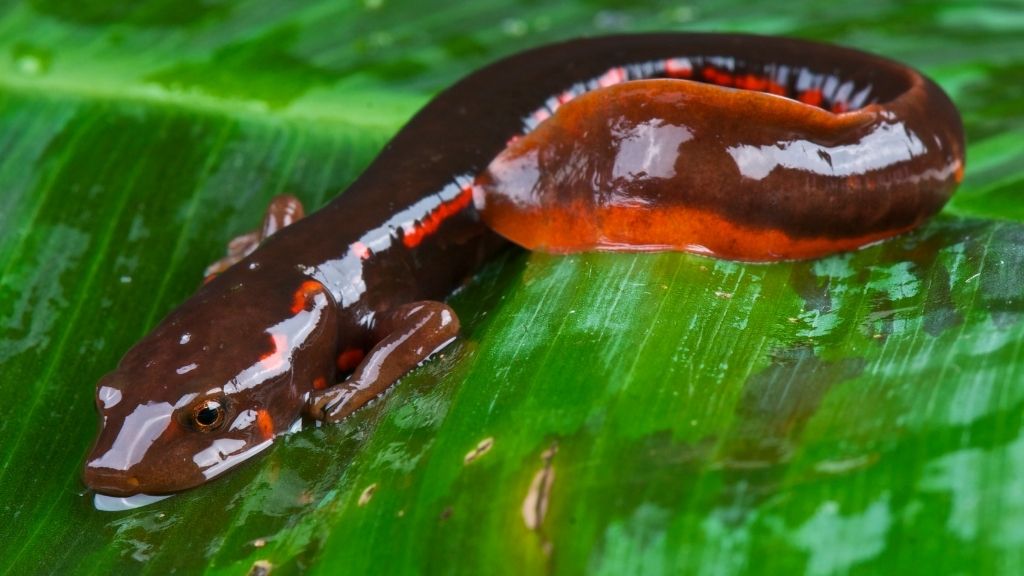 Newts are a downright example of so-called cute salamanders, and they are surely a thing of beauty. One that you might want to pick up for a closer look. But beware, because these small creatures can pack a deadly punch of neurotoxin, which can slowly but surely kill more lives than you might think.

So, are newts just another dangerous animal to avoid at all costs, or is there more to the story?

Here is what the research tells us.

Yes, newts have different levels of poisonous potency, which varies in their types. These newts mostly have Tarichatoxin and Tetrodotoxin (TTX). This type of toxin is the same as found in puffer fish and the notorious blue ring octopus.

TTX is the most poisonous non-protein substance known to man. When ingested into the body, this toxin directly attacks the nervous system and causes muscle paralysis, which can cause cardiac arrest. The effects of TTX after ingestion show multiple anomalies in the victim’s body.

The lips and tongue are numb first, and then the face, arms, and legs are numb. Dizziness, drooling, and weakness continue. The entire body, including the respiratory muscles, can quickly become paralyzed. Without treatment, inability to breathe occurs.

Can you touch a newt?

Knowing the potency of the poisonous newts, the fear of touching one is surely to arise. Ironically, you can actually touch a newt. It is because the poison of the newts has to be ingested into the body, which can happen by physically eating the newt or if the poison is somehow ingested into the blood through a cut on your skin.

While handling the newt, it is crucial to not stress it out with excessive pressure. This would cause them to produce a white coating of toxins around their skin. Considering that, if you have no broken skin or cuts and stay careful, then you can touch a newt bare-handed.

Can you get sick for touching a newt?

There can be two scenarios in which you can actually be sick by touching a newt. One is, if you have a cut and the poison gets into your body through that. Newts produce the toxin on their skin.

The other is due to you mishandling the newt to the point that it gets stressed. When stressed, newts will start producing toxins on their skin, and on contact with an adequate amount, you will feel irritation on your skin, which can be intensified by one’s own dermal sensitivity.

Can a newt kill a human?

Tetrodotoxin ingested into the human body can lead to death.

A 29-year-old man in Oregon in 1979, after heavy drinking, took a bet to eat a rough-skinned newt. He died within 8 hours even though he was hospitalized. That is because the newt’s toxin TTX does not have any antidote.

But it would happen only in the case of a newt being eaten or swallowed. External touch would not lead to death for a human.

Are newts poisonous to cats or dogs?

If your pet cat swallows a poisonous newt, then it will most certainly die, given that the potency is as high as a wild newt. They would not die if they came into contact with a newt.

The juvenile eastern red spotted newts are the most orange ones judged by color to body ratio, which also secrete poison. However, the potency of an eastern newt is not enough to kill a human.

What are the most toxic newts?

In fact, out of the three poisonous types of salamanders, the rough skinned newt is the one that holds the crown for being the most poisonous and coming in third of the world’s most poisonous creatures. These are found in the Pacific northwest of North America.

What causes newts to be poisonous?

The newts are genetically built to be poisonous. It mainly works as a defense mechanism for predators. Newts release a distinct foul odor and raise up their chins and tails to show the underbelly before they produce a large amount of TTX on their skin.

They do it when they are stressed or feel that they are in danger. Also, the newts have a very vigorous diet of eating poisonous insects and slugs. The newts will even eat other newts when they are dead. Thus, the potency of their poison increases. Furthermore, the newts have certain microbes on their skin that help produce the TTX poison.

Even in captivity, the newts can stay poisonous, but the potency of the poison will decrease if they are given a carefully monitored diet which does not have poisonous substances.

Can newts be kept as pets?

Newts are preferred as pets by many, and it is legal to own one as a pet. Despite the danger it may pose, there are some rules that must be followed when keeping a poisonous newt as a pet. Having a simple separate tank with proper temperature and oxygenation is more than enough to sustain the newts.

They must be given closely monitored food which is free of poisonous substances to keep the potency of their poisons as low as possible.

What to do for safety?

If you decide to touch a newt or decide to put your hands in their water, whether it be a natural habitat or a tank, then you should always wash your hands afterwards with soap. Avoid putting your hands close to your eyes, nose or mouth afterwards until you wash it off completely.

You must never touch a newt with broken skin because it can lead to ingestion of poison through the skin. Children must be supervised carefully around newts.