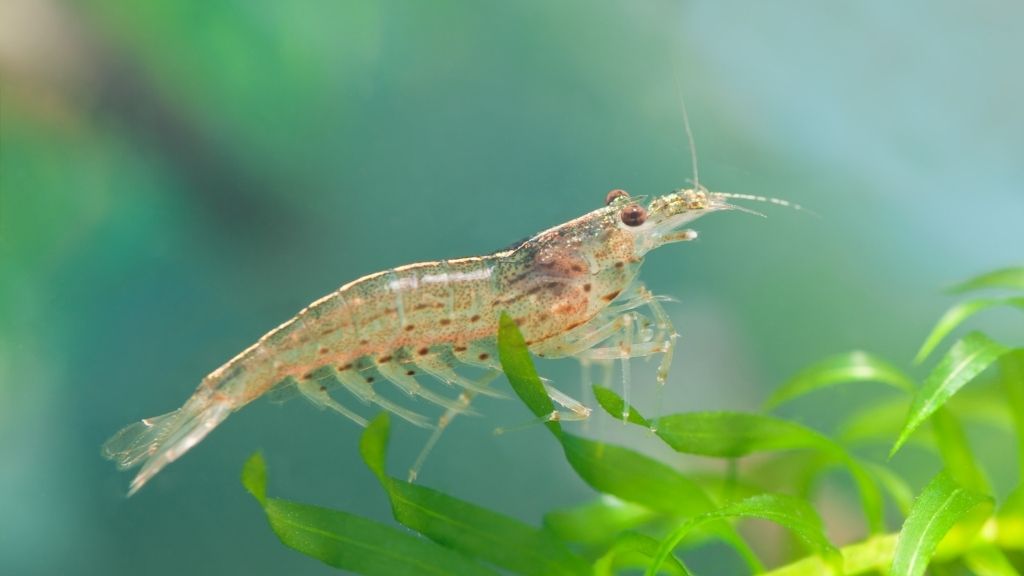 In captivity, getting Amano shrimp eggs to hatch is hard, especially if the water conditions are not right. I did some digging online and found some key info on how to care for Amano shrimp eggs.

Amano shrimp eggs need the perfect combination of water pH, water hardness, and temperature to hatch. Though the Amano shrimp larvae require brackish water after hatching, the mother shrimp can’t handle the salinity. So, until the hatching day, make sure the mother Amano shrimp gets everything right.

Then again, other factors like KH, ammonia concentration, etc., play a key role in hatching the Amano shrimp eggs. If you want to know the in-depth process of caring for your Amano shrimp eggs, read below.

Pregnant Amano shrimp females carry eggs in sacks located underneath their bodies. These eggs can stay there for up to 7 weeks after fertilization. Turns out, a minor ignorance can cause the female to drop all her eggs.

So, how to avoid it? Don’t worry. If you follow the steps properly, all your eggs will turn into baby Amano shrimp. Let’s begin.

An imbalance in the water parameters can stress out the Amano shrimps. A saying goes, feed the mother to feed the child. If the female Amano shrimps are stressed out, they can munch down on the unhatched shrimp eggs.

Here are the water parameters you need to keep steady:

The optimal temperature for the eggs to hatch is 64-80 °F. When the temperature of the tank decreases below 64, the female shrimps start to freeze. Then again, tank temperature above 80 °F will increase the shrimp’s metabolism, causing them to crave more food.

It is not uncommon for the shrimps to eat their own eggs when hungry. Try keeping the temperature of the tank to 75-degree Fahrenheit on a regular scale.

The pH of the water will determine how acidic or basic the water is for the Amano shrimps. Generally, pH between 6.5-8 is good for them. However, when the eggs mature, make the pH 7-7.5 exact. This range will improve the egg’s health and give it a head start before hatching.

Nitrate pollutes the tank water and causes shrimps to stress out easily. Tough eggs can survive in nitrate concentration above 20 ppm, the Amano shrimps can’t. Keep the nitrate level below 20 ppm, or else the mother shrimp can’t lay her eggs in a good amount.

The general hardness of the tank should be between 7 to 8 ppm. Too much hardness will decrease the larvae count and decrease production. Then again, shrimp eggs don’t hatch in too hard aquarium water.

During the egg production time, the Amano shrimp metabolism increases. So, females tend to eat more food as they produce eggs. Feed them a good mixture of algae and brewer’s yeast. Don’t just wait for the aquarium to produce algae for the shrimps.

When the eggs start to mature, you will see a color shift from green to yellowish-brown. The reason is, the zoa are maturing. This stage is common when the eggs are at their peak maturity.

Make a Tank With Identical Water Parameters And Brackish Water

Even before the shrimp hatches, you need to make another tank with identical parameters. However, the water has to be slightly brackish. Newborn larvae can’t survive in fresh waters for more than 12 hours. After the eggs mature, you need to start preparing a tank with saline water.

If the pH of the first tank is 7, keep the new pH at 7. Keep all the parameters like GH, KH, ammonia, etc., exactly the way it was.

Shift The Larvae After Hatching

Within 6-7 weeks, the eggs will start to hatch. Now, you need to shift the newborn to the new aquarium. This should be done as soon as possible, or else the larvae will weaken with time and die.

Female Amano shrimps can carry eggs for up to 7 weeks with her. However, this carrying time depends on the genes of the Amano shrimp. Environmental factors like pH, temperature, ammonia level, etc., also play a role in how long the Amano shrimp will carry her eggs. If the mother shrimp feels stressed, she might chow down on her own eggs or drop them.

Amano shrimps can lay eggs in freshwater. The eggs can stay in freshwater for more than 6 weeks. The female keeps them in her underbelly until they are ready to hatch. However, after hatching, the larvae can’t survive in freshwater.

Amano shrimps don’t carry unfertilized eggs after mating. If the shrimp notices her eggs are unfertilized, she will drop them and make a new batch.

Amano shrimp eggs look really tiny. You can notice them by the green-colored shade underneath female Amano shrimp. Generally, the eggs take about 6 weeks to hatch. During this time, the egg color changes from green to yellowish-brown.

With proper care and love, Amano shrimps can produce more than a thousand eggs at a time. However, caring for the eggs is easier said than done. You need to fix the water pH, salinity, hardness, and so on.

If any of the water parameters are not right, the eggs may not hatch after 6-7 weeks. The rule of thumb is, give the mother shrimp proper care to expect a healthy batch of baby Amano shrimps.